Is Unforgotten Based on a True Story?

The enthralling British crime drama, ‘Unforgotten,’ has generated a substantial fan following over the years. As each of the cold cases picked up by the duo of DCI Cassie Stuart and DI Sunny Khan ends up becoming more intricate and puzzling than the last, the fourth installment is slowly building up what seems to be one of the most engrossing mysteries of the series. Nicola Walker and Sanjeev Bhaskar reprise their roles in this dark drama, and boy, we are excited. The story looks compellingly intricate with minute attention to details, and we couldn’t help but ask if the story is based on real-life events. Let us find out whether ‘Unforgotten’ is tethered to reality.

Is Unforgotten Based on a True Story?

No, ‘Unforgotten’ is not based on a true story. However, ‘Unforgotten’ is based upon a plausible premise of two police force officers trying to dig up cold cases, and the path that leads to the past is often a journey filled with fear and intrigue. Series creator, Chris Lang, stated that the idea for the show came to him after he chanced upon a case where a man was convicted for a previous crime at the age of 80. Lang could not stop pondering over how the now-convicted person’s life transformed in an instant. 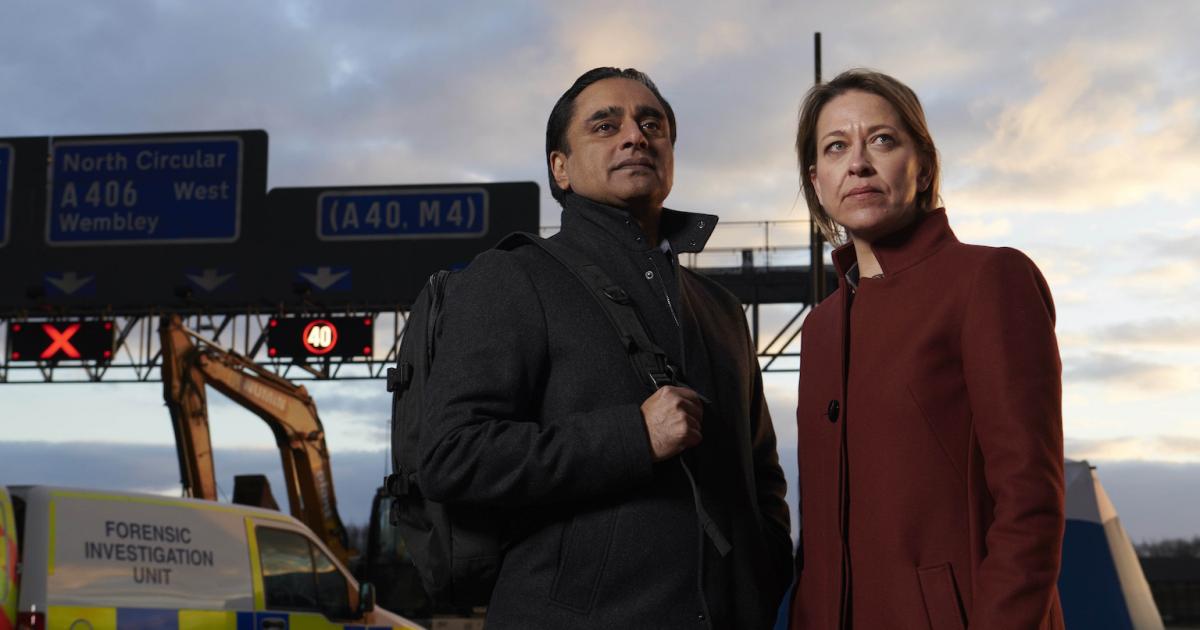 Consequently, Lang wanted to explore the after-effects of cold cases, especially those lives that have been touched by such unfortunate incidents in one manner or the other. Lo and behold, ‘Unforgotten’ was created. Since the show is centered around unsolved mysteries, there is one question that is bound to arise in the mind of a viewer: how accurate is the procedure the police follow on the show? Well, who can be a better judge of that than Roy Lambert, a former investigator who worked on cold cases after the serial killer, Steve Wright (also known as “the Suffolk Strangler”), was convicted.

Roy was tasked with leading a team and reviewing many cold cases to see whether they could possibly be connected to the Suffolk Strangler. While Roy felt that the show may not accurately represent what happens in real life, he also did state that he understood why this was the case. However, he pointed out that some moments in ‘Unforgettable’ do show things like the cross-contamination of a crime scene, which a true crime buff knows is a big no-no. However, it is understandable that the show has taken some cinematic liberties for the sake of the narrative.

The fourth season of ‘Unforgotten’ begins with the finding of a headless and armless body in a scrap metal yard in London. The detectives can identify the victim as Matthew Walsh, taking the cue from a tattoo in the body. Twenty-something Matthew went missing in March 1990, leaving in his wake a veil of mystery. By analyzing the scene, the investigators come to the certainty that the remains of the body have been kept in the freezer for quite some time – around 30 years. The identification of the body leads to the reveal of a network full of lies and deception.

An inquiry into the origin of the freezer leads them to a deceased person called Robert Fogerty. The apparent dead-end makes the mystery a hard one to decode, but from previous records, the officers come to know that Fogerty was penalized for drunk driving close to the area from where Walsh went missing. This revelation plunges them into a vortex of suspicion, directly questioning the integrity of the police force. Now, let me refrain from giving away the whole story.

Lang comes up with persuasive storylines by the sheer use of imagination, always toying with audiences’ minds. After all, his Twitter description reads, “I make stuff up. For a living. I know,” and you get the gist. However, the premise of reviving stale cases is very much real – a practice often followed in actual police procedures. The show manages to convincingly portray the dilemmas and roadblocks faced by a law enforcement organization through the employment of drama and realism in equal parts.

While speaking about his show, Chris Lang also noted that as the fourth season develops, it will ponder upon timely questions regarding the society’s relationship with law enforcement agencies. The series will bring forth the ethics within the police department out in the open by depicting the best of the police side by side with the worst. Although a scathing analysis of the police force as a sometimes corrupt institution, there are no real news segments to validate the tragic story of Matthew Welsh. Despite this, the plot infuses facets of real-life to bring a fictional story to life.

Read More: Where is Unforgotten Filmed?