Is Unicorn Tales a Real TV Show? Did it Really Win Emmys? 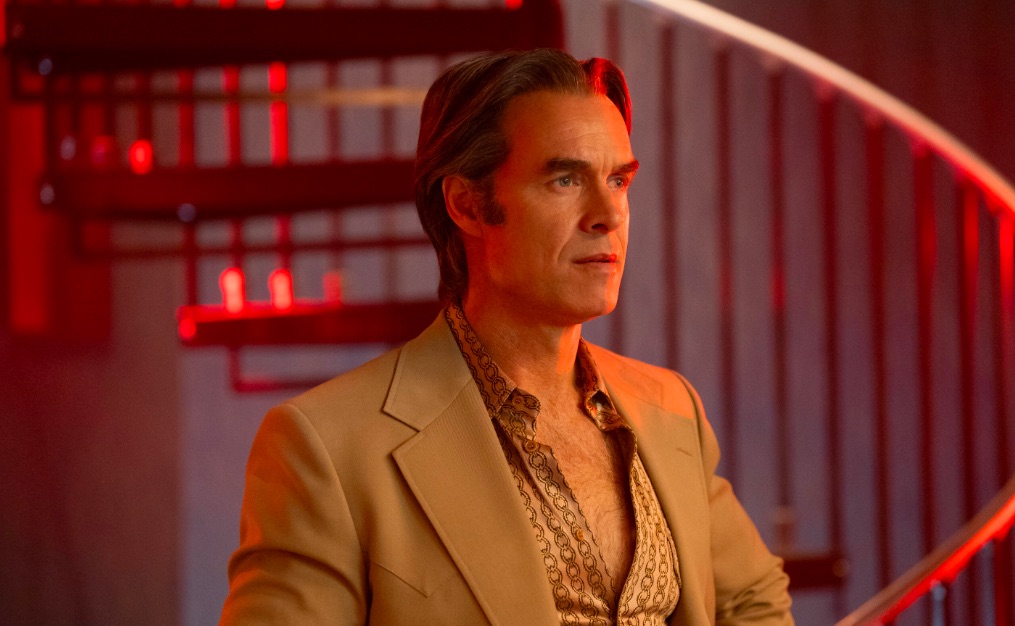 Hulu’s ‘Welcome to Chippendales’ follows the story of Steve Banerjee, who opens the one of its kind strip club in LA. After a few hitches in the beginning, the venture takes off and becomes a hugely successful joint. While Steve does most of the work in trying to find the one thing that will set him apart from the rest of the establishments, the work that Nick De Noia puts into it also helps elevate Chippendales’ reputation. Nick introduces himself to Steve as an award-winning dancer/choreographer. He says that he has won not one but two Emmys for his work on a show called ‘Unicorn Tales.’

Steve has never heard of it before and is a little skeptical of Nick at first, but then brings him on board to train the strippers as performers. When he mentions the name ‘Unicorn Tales’ to others, no one seems to have heard of it either. It makes one wonder if Nick really did work on such a show or if he was simply lying to get the job. If you are wondering the same thing, then here’s what you should know about it.

Yes, ‘Unicorn Tales’ mentioned in ‘Welcome to Chippendales’ is a real TV show created and hosted by Nick De Noia. To add to the authenticity of Nick’s claims on the show, we also find two Emmy trophies on the shelf in his apartment. In one scene, we find Nick watching an episode of the show following the story of the Ugly Duckling. This was the very first episode of ‘Unicorn Tales,’ titled ‘The Magic Pony Ride.’

This is from a kids tv show called Unicorn Tales that ran on NBC in 1977. It was created by a guy who would go on to be the producer and director of Chippendales’ male exotic dance show in the 80s, Nick De Noia. This is Nick hosting the show. pic.twitter.com/Kbkb0BcHMc

The show, which ran in 1977 and 1978 on NBC, has a total of eight episodes, each with a runtime of 20 minutes to half an hour. All of these focus on popular fairy tales, retold in the modern setting through several musical numbers used to push the narrative forward. Apart from the recreation of ‘The Ugly Duckling’ from the contemporary lens, the show also created modern versions of Aladdin, Cinderella, Alice in Wonderland, Pinocchio, The Wizard of Oz, The Emperor’s New Clothes, and The Boy Who Cried Wolf.

The show is known to use such premises and create a story that had strong social and political messages, even though its target audience was children. One of the episodes, titled ‘Carnival Circus’ features a group of children teaming up to fight a capitalist establishment. The episode titled ‘The Magnificent Major’ sends its lead character into a world where books are banned and a young girl stands against the system. It was this form of smart storytelling that set ‘Unicorn Tales’ apart from other shows in the genre and turned it into a critical success and won the Action for Children’s Television Award.

Apart from its subject matter, the show’s also known for employing locations around New York City for filming its episodes. It was made on a shoestring budget and made use of locations like Central Park and Brooklyn’s Children’s Museum, which are usually free. Bill Milling, who served as the producer of the show, is said to have hired his classmates from NYU film school to work on the show. Despite its low production value, ‘Unicorn Tales’ went on to win a total of 18 Emmy Awards, two of which were won by Nick De Noia, as he graciously points out to Steve Banerjee in ‘Welcome to Chippendales.’