Is Vienna Blood Based on a True Story? 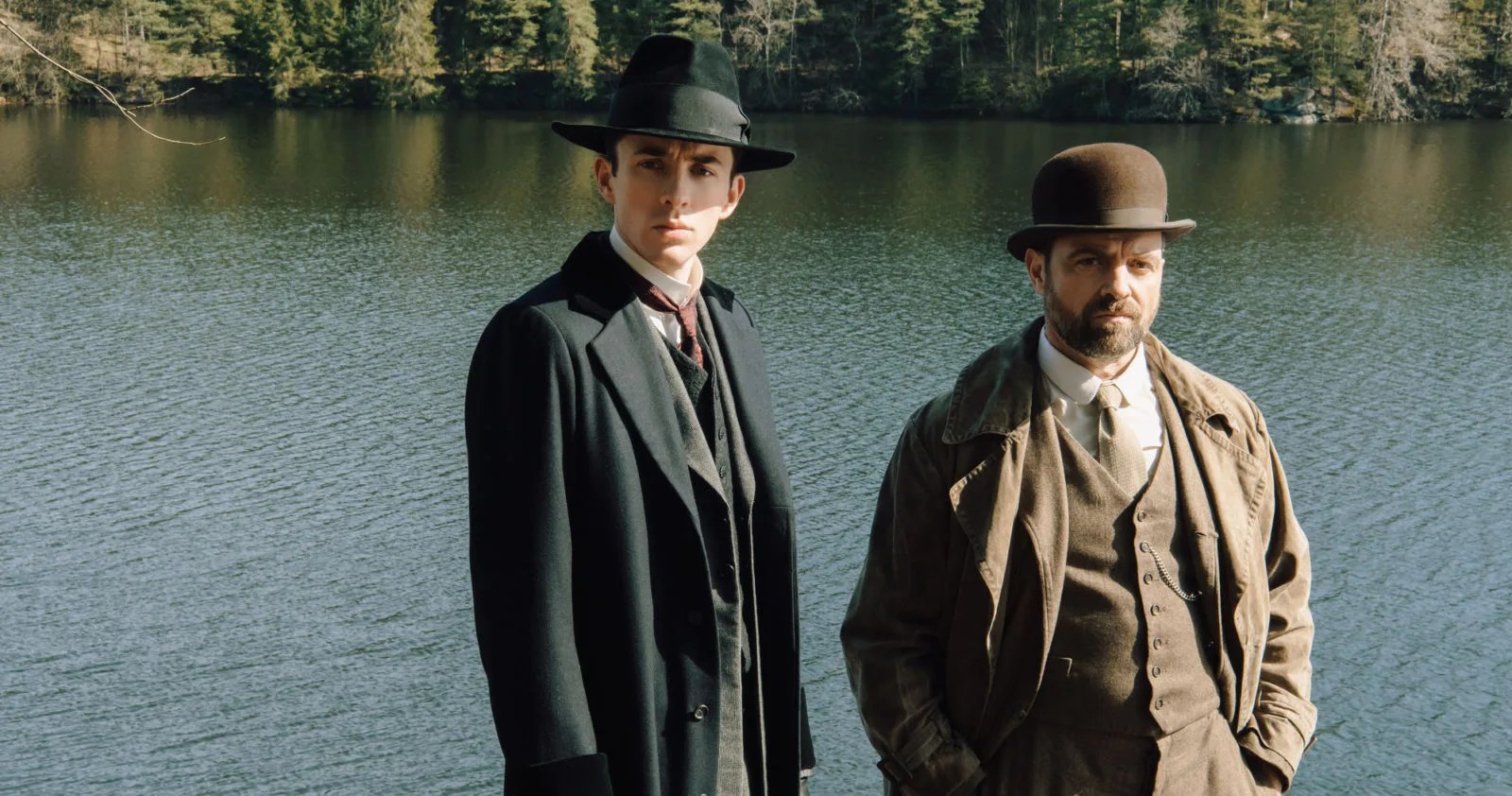 Created by Steve Thompson, ‘Vienna Blood’ is a dark and gritty psychological thriller series that follows the perilous adventures of Max Liebermann (Matthew Beard), a psychoanalyst and disciple of Sigmund Freud. He accompanies the police detective Oskar Rheinhardt (Jürgen Maurer) and uses his expertise to resolve gut-wrenching murders around the streets of Vienna.

Set in 1900s Vienna, Austria, the show explores several socio-political themes such as anti-Semitism, psychological concepts, and intricacies of a criminal’s mind through brilliant yet intense screenplay and compelling performances. If the realism and intricacies of the British-Austrian period detective show enthralled you, it must have piqued your curiosity to learn whether the narrative is grounded in reality or entirely fictional. Well, let’s divulge the facts together, shall we?

Is Vienna Blood a True Story?

No, ‘Vienna Blood’ is not based on a true story. It is an adaptation of the bestselling author and psychoanalyst Frank Tallis’ collection of novels, known as the ‘Liebermann Papers.’ While penning the screenplay for the BBC show, writer-creator Steve Thompson breathed the novels into life through his realistic display of Vienna and its culture in the 1900s. However, the fictional story borrows significant details from historical events and personas. For example, one of the culprits is shown to be a member of a real Serbian secret military society called “Black Hand,” which fought for the unification of all Slavic people into Serbia to create Greater Serbia. 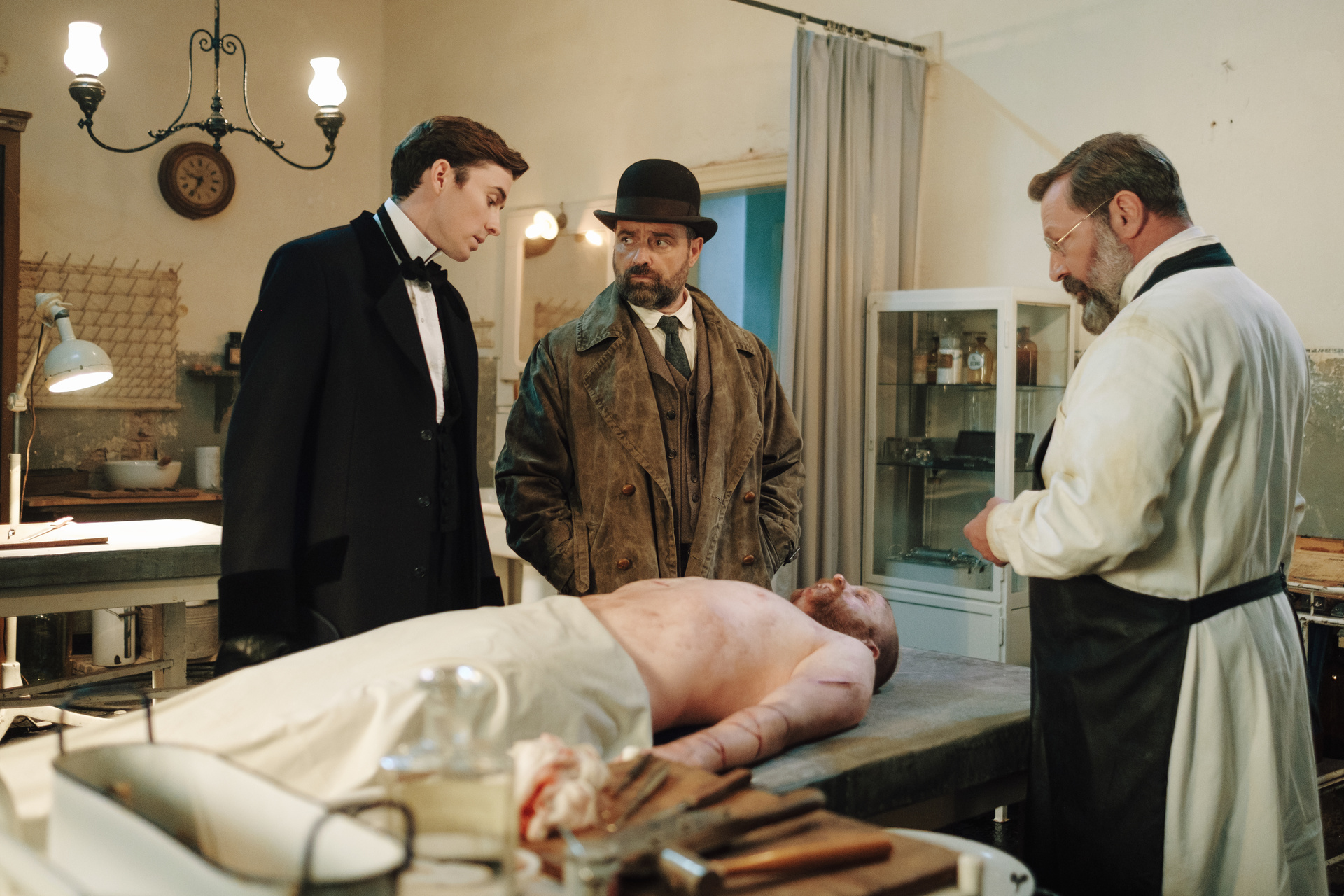 Another realistic aspect of the show is the anti-semitism, i.e., discrimination against Jews. We see this play out in the series through the lens of Liebermann’s family, whose ethnicity is Jewish. The second season’s finale also displays “Blood Libel,” an accusation claiming the Jews were murdering young Christian boys for their rituals. In the books, the Liebermann family is Viennese Jews, but the series showcases them as immigrant English Jews. This minor detail highlights what it feels like to have a newfound identity and the anxiety of settling in with people from dissimilar backgrounds.

In most countries, immigrants have to change their names, way of living, talking, and traditions only to be accepted and have equal opportunities. The show displays how in a world that was already against Jews, the Liebermann family has another layer of foreign identity that segregates them from the masses. The series also refers to influential people of that era, such as Alois Aehrenthal (Bernhard Schir), an Austro-Hungarian Foreign Minister. However, Sigmund Freud is arguably the most widely-known referenced persona of the show.

In contemporary psychology, Sigmund Freud is respected but also notorious for his controversial theories and usage of cocaine. A parallel that the show follows from the Austrian neurologist’s practices is prescribing addictive substances to patients. For example, in season 2, they use opium as medication, another highly addictive drug. The detective drama also offers a genuine portrayal of how “hysteria” was treated by doctors in the early 1900s. There were several absurd theories about what caused this “disease,” ranging from demonic possessions to the uterus moving around, causing agitation in women.

The methods adopted for treatment are now banned due to being highly inappropriate. Moreover, Vienna from the 1900s became the choice of the story’s setting because of its rise in creative forces. The coffee house culture was booming in that era. Artists, intellectuals, and people from all walks of life would hurdle in cafes to discuss politics, literature, science, and new inventions. It was the perfect balance of lively and bustling with a little bit of enigma.

Frank Tallis is also a clinical psychologist, so it does raise the question of whether an actual person inspired Max Liebermann’s character. In an interview with BBC, the author explained, “I read a great deal of the literature associated with Freud’s Vienna when I was writing the books, and I suppose he reflects a particular type that you find in the literature. There were many intense young men with romantic entanglements spending a lot of time in Vienna’s famous coffeehouses, talking about philosophy, life, the universe, and everything. There’s a particular character type.”

Frank then went on to describe the similarities between his and Max Liebermann’s behavior. He gave minute details on how he was used to tilting his head in a certain way and how Max does the same in the books. Frank also commented on another funny similarity, saying, “I suppose the only other resemblance between me and Max Lieberman is that we both play the piano and like sitting in cafes eating cake!” His decades-long background in clinical psychology allows him to weave these complex criminals.

The Edgar Award-nominated author is open about having the same approach for his fictional characters as he would for his patients. Thus, all the cases, psychological discussions, criminal patterns, and motives have been penned down by an expert with decades of experience from real-life scenarios. Lastly, when asked about his inspiration for the Liebermann books, Frank had a witty and rather humorous response in another interview. In a conversation with BBC UK, he said, “I have three passions in life: Psychoanalysis, music, and cake.”

Frank added, “So, the idea of writing Viennese thrillers in which a doctor-detective attends musical events and visits coffee houses was always very appealing. Needless to say, I took my research very seriously, visiting the coffee houses of Vienna with great frequency, and now I really know my Punschkrapfen from my Kaiserschmarren.” Taking everything into account, we infer that even though plenty of realistic elements add to the intellectual appeal of ‘Vienna Blood,’ the series is largely based on a work of fiction.