Where Was Vienna Blood Filmed? 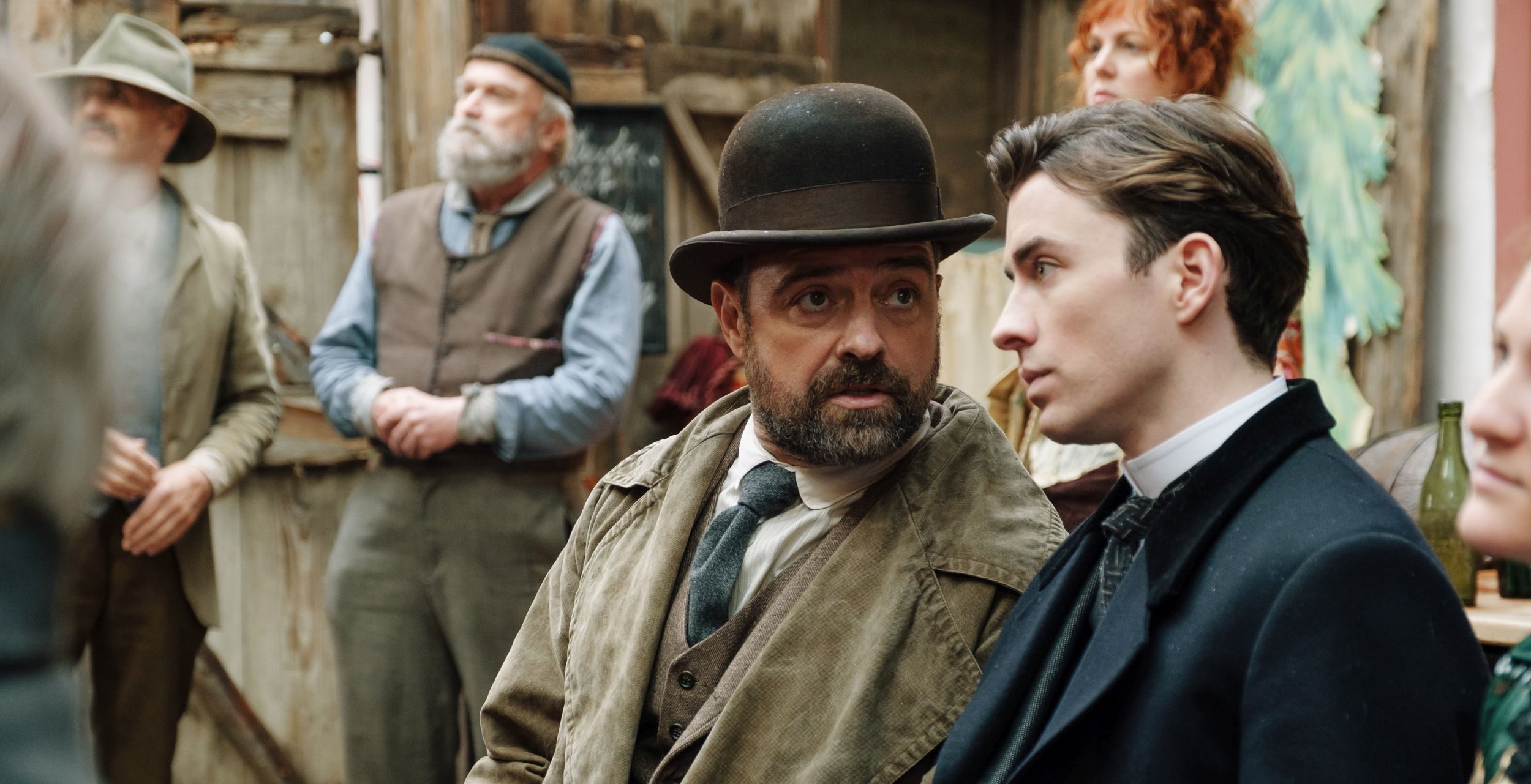 ‘Vienna Blood’ is a gripping British-Austrian drama series based on Frank Tallis’ collection of novels, ‘The Liebermann Papers.’ The show entails the story of Max Liebermann (Matthew Beard), a budding psychologist and detective who’s also a student of Sigmund Freud. He teams up with a police detective, Oskar Rheinhardt (Jürgen Maurer), to solve blood-curling crimes on the streets of Vienna. As the duo resolves bizarre murders, they must overcome the hurdles of prejudice, class hierarchy, and anti-semitism.

The nuanced psychological analysis and intellectual discussions are enough to pique your interest. It is coupled with the taut screenplay written by Stephen Thompson, who creates an immersive experience for the viewers. Moreover, an integral part of the show which ties everything together is the setting of Vienna in the 1900s. If you were enthralled by the realism and aesthetics of ‘Vienna Blood,’ you must be curious about whether the show is lensed at real locations. Allow us to answer your query and present to you all the places where the show is filmed!

As the name suggests, ‘Vienna Blood’ is primarily filmed in Vienna and other parts of Austria, such as Lower Austria. These are the prominent filming locations for the first two seasons, while the third was filmed partly in Budapest, a monumental city in Hungary, and Vienna. The filming commenced in October 2018, kicking off the first season and hopefully a lot more in the future. Let’s take a look at the specific spots where the show is shot!

Majority of ‘Vienna Blood’ is filmed on location in Vienna, the Austrian city of music and dreams. The Vienna State Opera is an opulent monument built in the Renaissance Revival architectural style, which stands proud at Opernring 2, 1010 Wein, and is only 3 minutes away from the Albertina museum. In the series, this magnificent structure is part of a pivotal sequence of one of the episodes. The crew set up their camp at this location for several days and were splendid by the opera singers’ performances. 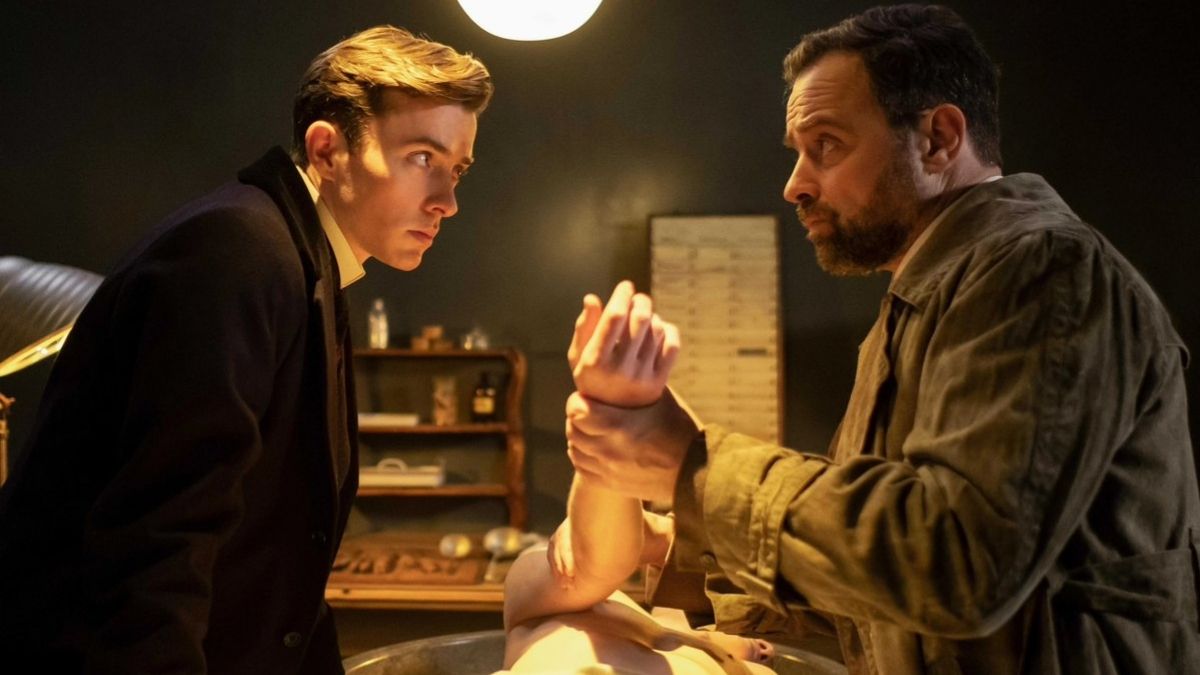 The shots set at the police station where Inspector Reinhardt is shown to work are actually shot at the Vienna University Archive. Located in Old University, at Postgasse 9, the building dates back to the 18th century and was a library of Vienna University. On the show, the English scientist Amelia Lydgate (Jessica De Gouw) works at the Natural History Museum. Established in the streets of Burgring 7, 1010 Wien, the museum actually serves as an essential filming site for several interior and exterior shots, particularly towards the scenes at the end of season 2.

In an interview, Conleth Hill, who plays the role of Mendel Liebermann on the show, expressed how much he enjoyed working at the museum. He said, “I loved filming in the Natural History Museum last time we filmed in Vienna. It’s like a childhood dream, having a museum to yourself and just to wander around it and no one else. It was a big thrill.”

A few scenes were also shot at The Wiener Riesenrad, which is a giant Ferris wheel at Prater amusement park in Leopoldstadt. This location is a part of the show’s opening credits and also appears in the first episode. In the end, the surroundings of Riesenrad also double up as a filming spot, including the carousel and square, located at Gaudeegasse 1, 1020 Wien. Other notable movies filmed here are ‘The Third Man,’ ‘The Living Daylights, and ‘Before Sunrise.’

The series has an epic chase sequence lensed in the streets of Vienna, where they run on rooftops. To film a few such sequences, the production team chose Palais Pallavicini, a palace located in the heart of Vienna on the Josefsplatz square at number 5. The grand townhouse is owned by the Pallavicini family. Another chase sequence in season 3 was filmed at the Dr. Ignaz Seipel Platz, at 1010 Wien. The 1973 action thriller film ‘Scorpio’ was also lensed at this precise location.

Located in Josefsplatz 1, 1010 Wien, Burggarten park is a luscious green site where they filmed Max and Clara taking a walk. The park is near the Hofburg palace and is most famous for its Mozart statue. A few scenes, such as the one wherein Clara and Max take a walk in the park, were shot at Stadtpark in the center of Vienna, at Parling 1, 1010 Wien, a few minutes away from Stubentor. In season 2, the cast and crew briefly filmed around the Arsenal buildings, which is a former military complex turned into a museum of military history. It is built on the south of the Gürtel, near Schweizergarten. 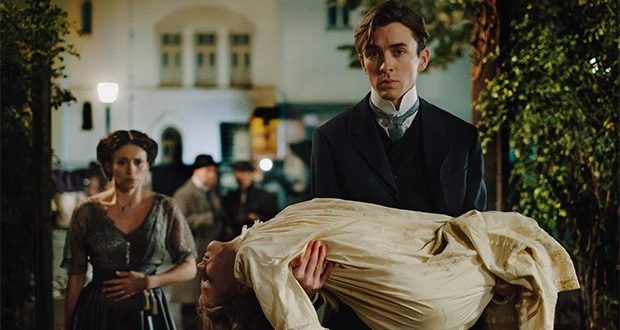 A few scenes, such as the one where the two men play billiards, were taped at Cafe Sperl, which has been in business since 1880. It is located at 11 Gumpendorfer Strasse, 1060 Wien, and is one of the oldest cafes in the city.  Another cafe scene, where Max meets Clara and brainstorms the case with the Inspector, was filmed at the Bräunerhof cafe. Located at Stallburgasse 2, 1010 Wien, it also served as a filming spot for ‘Jack Ryan.’

The Imperial Hotel is a 5-star hotel with marvelous architecture carved in 1863. A few action sequences, the dinner dance, and the scenes with the countess were all filmed inside and around this place. You can find this hotel at Kartnar Ring 15, 1015 Wien. Schönbrunn Palace is a tourist attraction in Vienna that one can’t miss, and the crew lensed a small scene here. It can be found at Schönbrunner Schloßstraße 47, 1130 Wien, and the Habsburg rulers resided in this grand palace. 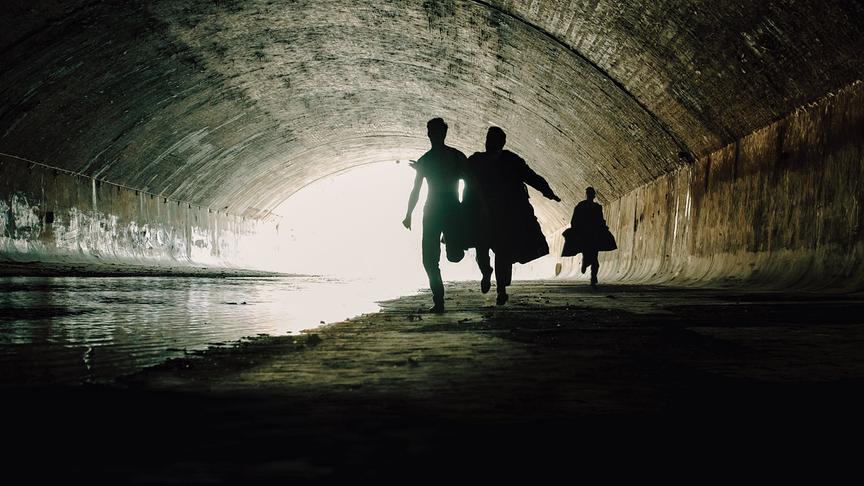 The fashion house’s exterior shot was at The Loos House, a commercial, residential building, standing between Kohlmark and Herrengasse at Michaelerplatz 3, 1010 Wien, in central Vienna. The Belvedere complex is seen in a few scenes featuring Max and Clara. Situated at Prinz-Eugen-Straße 27, 1030 Wien, it was initially known as Royal Horse Artillery Mess, and like most buildings used in the show, it was built around the 1800s. The crew mostly taped a few scenes at the upper part of the palace. 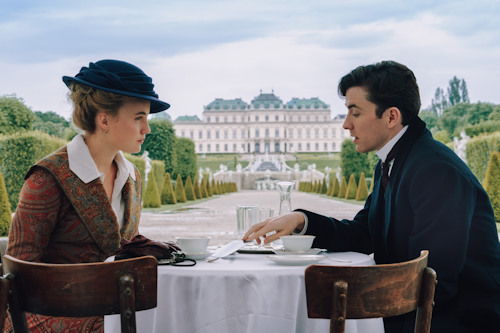 The Hofburg, a former headquarters of the Habsburg dynasty, also appears in one of the scenes. The place is a few minutes away from the Austrian National Library at 1010 Vienna. In addition to these filming sites, the cast and crew shot various scenes around Schreyvogelgasse 10, 1010 Wien, on the street with the Dreimäderlhaus building.

It is reported that Max Libermann’s home in season 1 is actually the Landstraße Hauptstraße at 1030 Vienna street, close to the Maxergasses station. The hospital sequences were filmed outside a 20th-century psychiatric hospital, which is now known as Klinik Penzing, located in the streets of Baumgartner Höhe 1, which stands in for the Otto Wagner Hospital.

A few panning shots of the extravagant St. Stephen’s Cathedral also make it to the screen to flaunt the rich architecture of the city. A few of the scenes were shot at Griechengasse and Sankt-Ulrichs-Platz near the St. Ulrich church at Sankt-Ulrichs-Platz 3. Some street sequences were lensed on the old-school places of Vienna, such as Mölker Steig in Schreyvogelgasse, Schönlaterngasse, and the outsides of Alte Schmiede building, all at 1010 Wien.

The cemetery scenes were filmed at Zentralfriedhof cemetery at the St. Charles Borromeo church. Some other monumental locations of shooting in season 2 include streets at the Schulhof square in North Rhine-Westphalia, built near Freiwillige Feuerwehr and Jüdischer Friedho, where we also have a glimpse of Kirche am Hof, a famous church. The team shot a few scenes of the exteriors of Collate palace, where Mozart performed when he was a child. 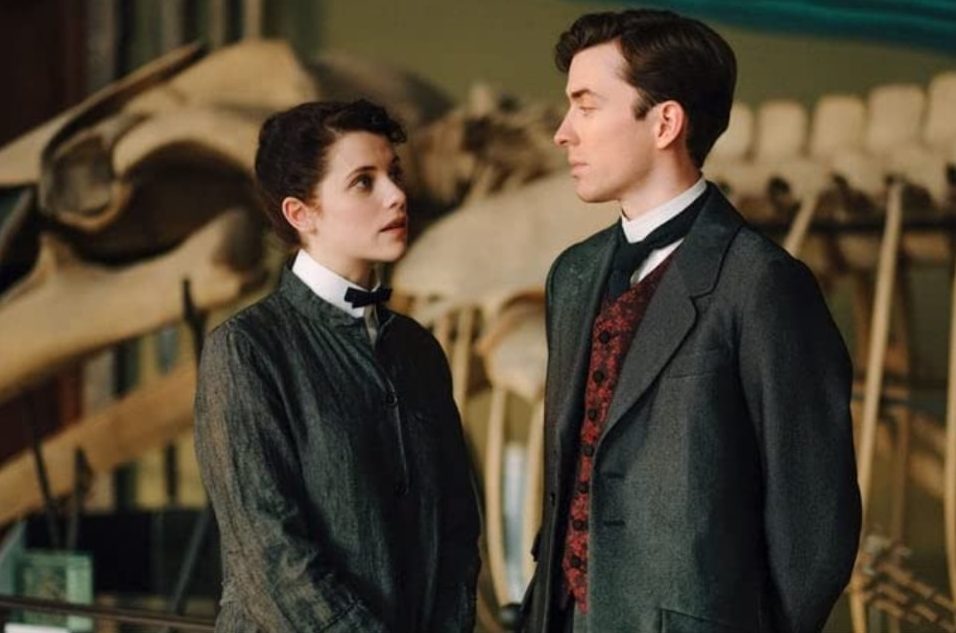 Other street scenes are filmed in Lagergasse at Wiener Neustadt and Traungasse at Wels, Oberösterreich. There were also scenes of a particular monastery filmed outside Kartäuse Mauerbach on the streets of Kartäuserpl. 2, which is now a training center for the protection of historical sites. The cast and crew also filmed at Buchfeldgasse at Josefstadt, 1080 Wien; this place is the home of Hotel Graf Stadion, a historical hotel of Vienna. They also briefly filmed at the entrance of Heeresgeschichtliches Museum in Arsenal 1, 1030 Wien. 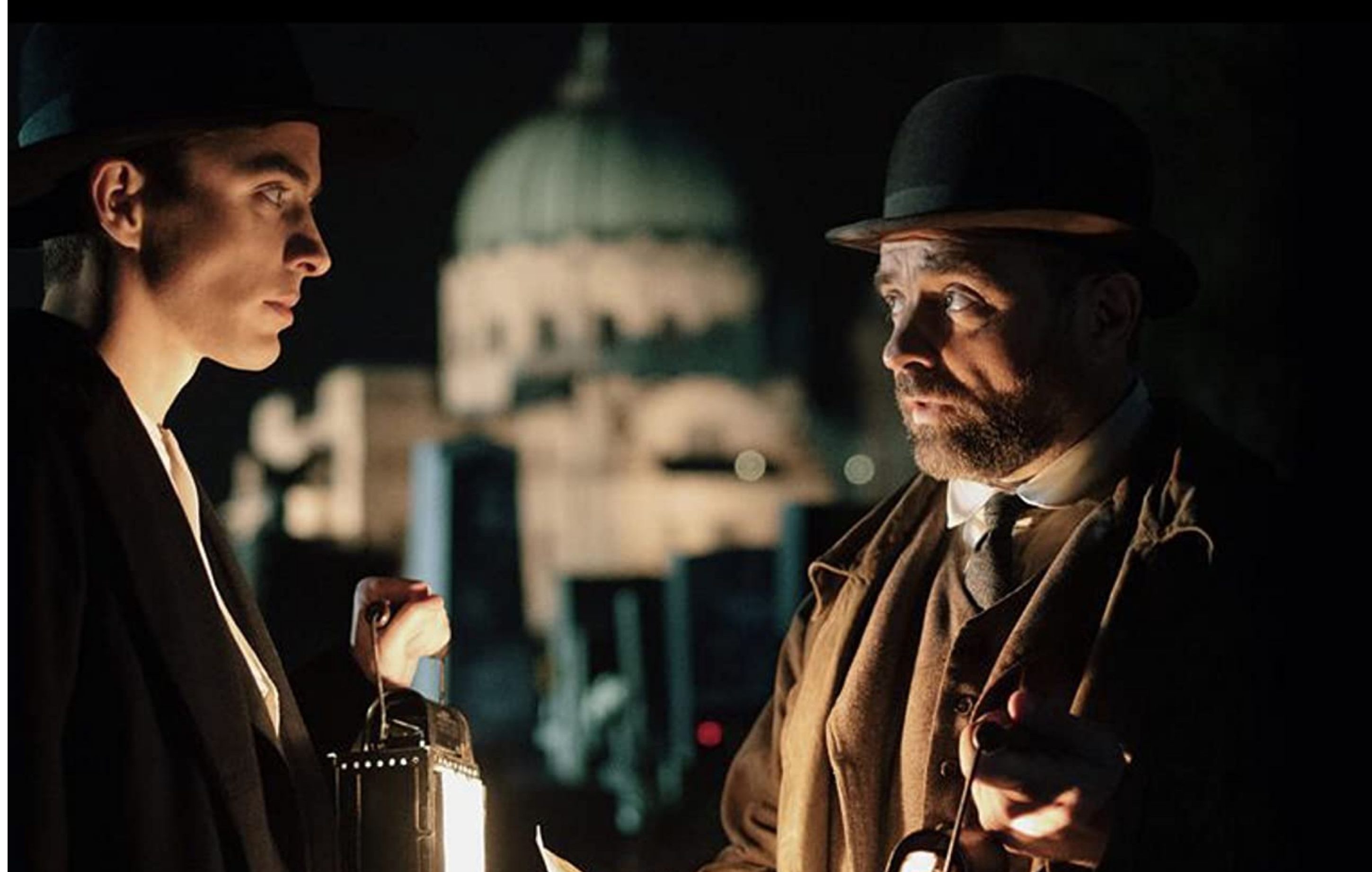 Lower Austria also serves as a filming site for ‘Vienna Blood.’ Schloss Grafenegg is a castle with historical significance in the state of Lower Austria and stands in as the school in which several wrongdoings occur. The castle lies near Salzburg, 14km to the east of Krems. They filmed a few scenes at the Hungarian Coronation Hall Of The Franzenburg, at Laxenburg, a small town tucked into the landscape of Lower Austria. It is a medieval-aged castle built in the 1800s.

To film a portion of season 3, the cast and crew moved to Budapest, the capital of Hungary. Some sequences were reportedly taped at the Bedo House, a gorgeous art apartment block designed and built from scratch in 1903 by Hungarian artist Victor Emil. It lies behind the parliament building at Kossuth Lajos tér 1-3 and still inspires many artists with its unique architecture. The show seemingly taped some shots in the timeless Parisi Udvar Hotel, an architectural marvel at Petőfi Sándor u. 2-4, 1052 Hungary. ‘A Good Day To Die Hard’ and ‘Tinker Tailor Soldier Spy’ are two movies that were filmed at this radiant site.

Vígszínház Theatre is a comedy theater in Budapest that was opened to oppose the conservative national theatre. It’s located at Szent István krt. 14, 1137, and the team captured a few shots at this place. The team seemingly spent some time filming at other places in Budapest, such as the Hazai Bank at the Harmincad utca 6. The National Museum Of Hungary near the Rákóczi Bridge, at Rákóczi híd, 1117 Hungary, and The Postal Museum at Rákóczi híd, Budapest, 1117 Hungary are another two prime locations where a few scenes of season 3 were lensed.