Is Viserys Dead in House of the Dragon? Theories 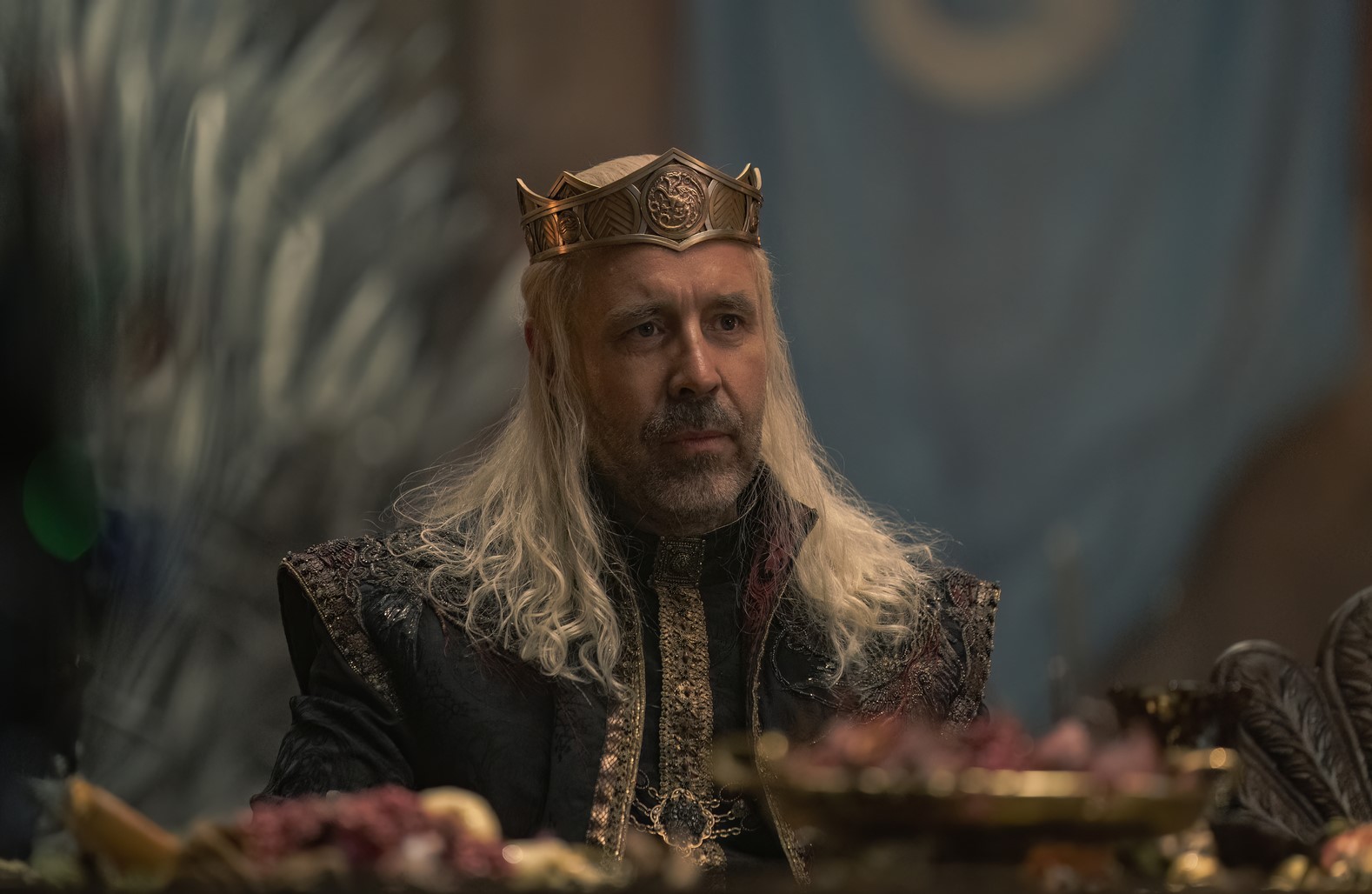 ‘House of the Dragon’ is an HBO fantasy series that serves as a prequel to ‘Game of Thrones.’ If the original show is based on George R. R. Martin’s ongoing magnum opus, ‘A Song of Ice and Fire,’ the prequel is the adaptation of certain sections from Martin’s 2018 book ‘Fire & Blood.’ In ‘House of the Dragon,’ the Targaryens are at the height of their power with more dragons than since the doom of Valyria. The focus of this story is the civil war known as the dance of the dragons, during which the Targaryens nearly wipe out their family and cause the temporary extinction of the dragons.

Portrayed brilliantly by Paddy Considine, while King Viserys I Targaryen may not be one of the better kings to sit on the Iron Throne, he is definitely not one of the worse ones. But certain decisions he makes ultimately lead to the eventual downfall of his dynasty nearly two centuries later. In season 1 episode 5, titled ‘We Light the Way,’ Viserys drops to the floor during the wedding between his daughter and heir Rhaenyra (Emma D’Arcy adult and Milly Alcock as young) and Laenor Velaryon (John Macmillan as adult, Theo Nate as young, and Matthew Carver as child). If you are wondering whether Viserys is dead, this is what you need to know. SPOILERS AHEAD.

There has been much speculation about the nature of Viserys’ condition. He has lost several of his fingers, and the disease has affected other parts of his body as well. While speaking at Entertainment Weekly’s West of Westeros podcast in September 2022, Considine revealed that his character has a form of leprosy.

“He’s [Viserys] actually suffering from a form of leprosy,” ‘The Outsider’ actor stated. “His body is deteriorating, his bones are deteriorating. He is not actually old. He’s still a young man in there. He’s just, unfortunately, got this thing that’s taken over his body. It becomes a metaphor for being king, and the stress and strain that it puts on you, and what it does to you physically, what it does to you mentally.”

In episode 5, we see Viserys truly struggling with his condition. He knows he will not live long and tries to secure the future for his heir by marrying her into one of the most powerful houses in Westeros. In his conversation with his current Hand, Lord Lyonel Strong, he seeks affirmation that he has been a good king. He inherited a kingdom at peace from his grandfather and has managed to keep it together, but he knows that the world he lives in only remembers the greats and tyrants and forgets the rest. He is also painfully aware of his shortcomings and knows he is regarded as weak, not just by members of the nobility, but by his family members.

According to Considine, Viserys is a tragic character — a good and decent man but a bad king. He also has an ego that often comes into conflict with his lack of accomplishment. In the books, the marriage between Rhaenyra and Laenor happened in 114 AC, and Viserys died in 129 AC. So, even though the series doesn’t strictly follow the timeline of the books, it’s highly unlikely that Viserys is dead at the end of episode 5.

It was only after Viserys’ death that the civil war between the two factions rapidly materialized in the books. Alicent’s children are still infants in the show, whereas the children Rhaenyra is supposed to have while she is married to Laenor aren’t born yet. Moreover, certain things happened between the wedding and Viserys’ death in the books that made the civil war almost inevitable. For instance, Alicent and Viserys’ second son, Aemond, lost one of his eyes while fighting Rhaenyra’s children. So, to conclude, while Viserys’ death is inevitable in ‘House of the Dragon,’ it doesn’t happen in episode 5.

Read More: Is Laenor Gay in House of the Dragon?