What Happened to Viserys’ Fingers in the House of the Dragon? 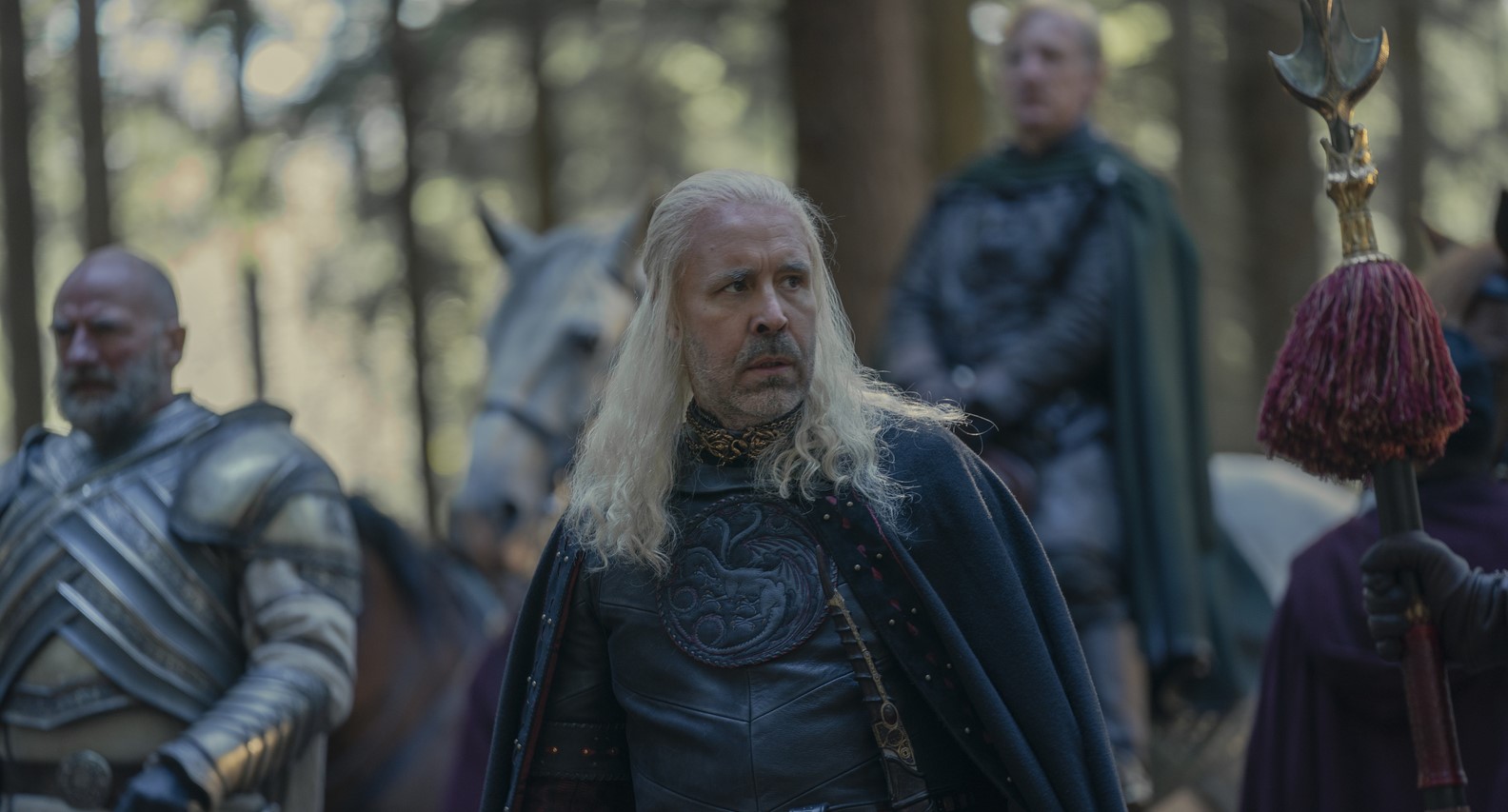 HBO’s ‘House of the Dragon’ tells the story of the brutal civil war between two factions of the ruling Targaryen dynasty. The series is based on certain sections from George R. R. Martin’s 2018 book ‘Fire & Blood’ and is a prequel to ‘Game of Thrones.’ It depicts Targaryens at the height of their power, being the only family in the world that possesses dragons, and how their own actions set off the beginning of their end.

In the early part of the first season, Viserys I Targaryen (Paddy Considine) sits on the Iron Throne. He is an amicable, good-natured ruler who prefers to avoid confrontations of any kind. Besides Considine’s remarkable outing as Viserys, what interested many viewers about the character are the injuries he keeps sustaining. They refuse to heal, and Viserys has lost at least two of his fingers to it. Here is everything you need to know about it. BOOK AND SHOW SPOILERS AHEAD.

What Disease Does Viserys Have?

The most prevalent theory among the fans is that Viserys has greyscale, a condition where flesh becomes stiff and dead, and the skin becomes cracked and flaking. The coloring of the afflicted areas changes to mottled black and grey. And when touched, these areas feel stone-like. None of this applies to what Viserys has. In many ways, greyscale is a fantasy version of leprosy. We have already seen a character with greyscale in House of the Dragon, Craghas Crabfeeder, whose condition looks nothing like that of Viserys.

In the books, Viserys I doesn’t have any such disease. Although he does cut himself while sitting on the throne and loses two of his fingers because of it, that happens later during his reign. Afterward, he never sits on the Iron Throne again. In contrast, ‘House of the Dragon’ depicts Viserys I sustaining such an injury after he banishes Daemon following the deaths of his wife and son. In episode 4, we see that Viserys has several other similar injuries across his body. So, something much more than what is depicted in the books is going on here.

The Iron Throne is a symbol of conquest, created from the blades of Aegon I Targaryen’s enemies. It has spikes and jagged edges and is not meant for comfortable sitting as Aegon I believed that a king should never sit easy. Viserys I is not the first to be injured by the throne; he will not be the last. There is a belief that the throne rejects an unworthy occupant. While Viserys I is not his grandfather, nor is he the conqueror, he is still a decent ruler, so it will be extremely unfair to call him unworthy. The dubious honor of having that particular sobriquet belongs to someone else in the Targaryen dynasty.

And anyway, the injuries themselves aren’t as big of a concern as the fact that they all seem to have become necrotic. One possible answer is gas gangrene. Viserys’ wounds have been infected by bacteria, which has led to sepsis. The maggots that the Grand Maester uses to treat the king only eat the necrotic cells, but if the bacteria have reached the bones or healthy tissues, they survive the treatment and cause gas gangrene, a bacterial infection that creates tissue gas in gangrene.

Another possibility, hemophilia, can be related to the Targaryen tradition regarding incest. Hemophilia is a rare inherited genetic disease that affects blood clotting. Known as “the royal disease,” it was prevalent among European royalty in the 19th and 20th centuries, especially among those related to Queen Victoria of the United Kingdom. Given how frequently Targaryens marry each other, it’s within the realm of possibility for them to develop such a genetic condition.

This condition of Viserys seems to foreshadow his ultimate fate and what happens afterward. Although Viserys I dies while taking a nap, his wife and her allies don’t reveal the news for several days, while his dead body rots away in her old room. Like almost everything else in ‘House of the Dragon,’ Viserys’ condition appears to symbolize the dark future ahead.

Read More: Is Mysaria Pregnant in House of the Dragon?