Is Mysaria Pregnant in House of the Dragon? 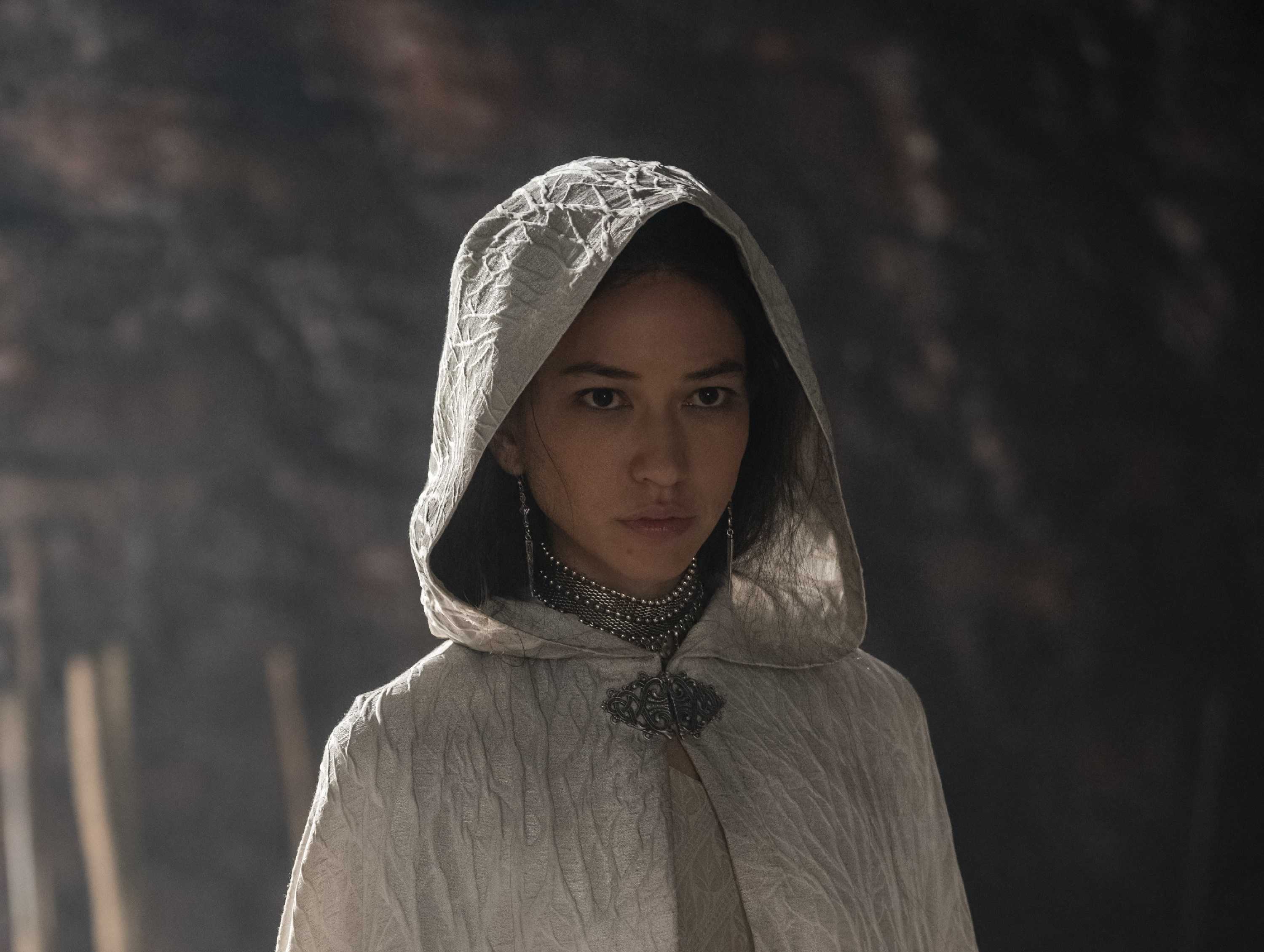 HBO’s ‘House of the Dragon’ is a prequel and spin-off series of ‘Game of Thrones.’ Set 172 years before Daenerys Targaryen, it tells the story of the brutal war of succession between two factions of the ruling Targaryen dynasty. The earlier episodes of the series set things up for the storm that is to come and how small decisions made over the years culminate into an utter catastrophe for everyone involved and cause a domino effect that leads to the fall of a mighty empire.

Portrayed by the Japanese-born British actress Sonoya Mizuno, Mysaria is an important recurring character in the inaugural season of ‘House of the Dragon’ and is set to play a critical role in the coming war. She is the confidant and mistress of Daemon Targaryen (Matt Smith). In episode 2, titled ‘The Rogue Prince,’ Daemon claims that Mysaria is pregnant. If you are wondering whether that is true, this is what you need to know. SPOILERS AHEAD.

‘House of the Dragon’ is based on certain sections of George R. R. Martin’s 2018 book ‘Fire & Blood,’ which serves as a prequel to the celebrated author’s ongoing magnum opus, ‘A Song of Ice and Fire.’ In ‘Fire & Blood,’ Mysaria did travel to Dragonstone with Daemon after the latter was removed from his position as the heir to his brother, King Viserys I Targaryen. They spent six months there, during which Mysaria became pregnant.

After learning about the pregnancy, Daemon acquired a dragon egg and presented it to her to be placed in the cradle of the child. During the reign of Viserys I, the Targaryens reached the height of their power, and there were more dragons in the world than ever before since the Doom of Valyria. A custom of placing dragon eggs in the cradles of newborn royal children took shape during this period. However, Viserys I saw his brother following this recently established Targaryen custom as an insult because Mysaria was a concubine. Daemon had a wife, Rhea Royce, or the “Bronze bitch,” whom he all but abandoned.

After Daemon gave the dragon egg to Mysaria, Viserys ordered him to return the egg, send his mistress away, and go back to his wife. Daemon followed his brother’s instructions, sending Mysaria to Lys, where she was originally from, without the egg, before flying to Runestone, the ancestral seat of the House Royce. While traveling to Lys, Mysaria lost the child during a storm on the narrow sea. Daemon grieved for the child when he heard the news and developed a deep resentment for his brother.

Things play out a bit differently in ‘House of the Dragon.’ Daemon steals the very egg that Rhaenyra (Milly Alcock) chose for her dead brother, Baelon, from the clutch laid by the dragon Dreamfyre. The book never mentions where the egg came from. Given that Daemon and Mysaria were at Dragonstone at the time and that the ancestral seat of the Targaryen family has its own dragon hatcheries, it is presumed that the egg came from there and not from Dragonpit, as it is depicted in the show.

The plot deviation doesn’t stop there. It is revealed that Mysaria is not pregnant in ‘House of the Dragon,’ making the entire thing seem like a juvenile attempt on Daemon’s part to draw his brother’s attention. Instead, it turns Mysaria into a potential target for court intrigue. She later tells Daemon that she didn’t come to his service seeking power, station, or gold; she came to be liberated.

Mysaria’s background has also been changed for the show. These changes are bound to impact the overall narrative in the coming episodes. Daemon doesn’t have as many reasons to resent his brother in the show as in the book. But relationships are always complicated; they can veer toward new directions at a moment’s notice. If the second episode of ‘House of the Dragon’ establishes anything, it is the deep love that Daemon has for his brother and niece, which, to be fair, perfectly fits where the story is going.