Is War Dogs Based on a True Story?

Directed by Todd Phillips, ‘War Dogs’ is a crime drama that follows the exploits of two arms dealers, Efraim Diveroli (Jonah Hill) and David Packouz (Miles Teller), who land a multi-million-dollar U.S. Army contract to supply arms and ammunition to the Afghan National Army. The arms dealers manage to pip other big companies to land the deal.

Their journey to supply the arms takes them to dangerous places, and they have to negotiate with shady people and other international arms dealers. Diveroli’s and Packouz’s journey from Miami to Iraq makes this film a hellish joyride into the machinations of war. Their surreal endeavors excited our curiosity, and we decided to look into the story’s origins. Here’s what we have found!

Is War Dogs Based on a True Story?

Yes, ‘War Dogs’ is based on a true story. The film is based on a Rolling Stone article, ‘The Stoner Arms Dealers‘ by Guy Lawson, and it is centered on the exploits of (the very real) Efraim Diveroli and David Packouz. Lawson later converted the article into a book-length study of AEY Inc. (Diveroli’s company). The book is named ‘Arms and the Dudes’, which was published in 2015. Efraim Diveroli was initiated into the arms business through his father and uncle. 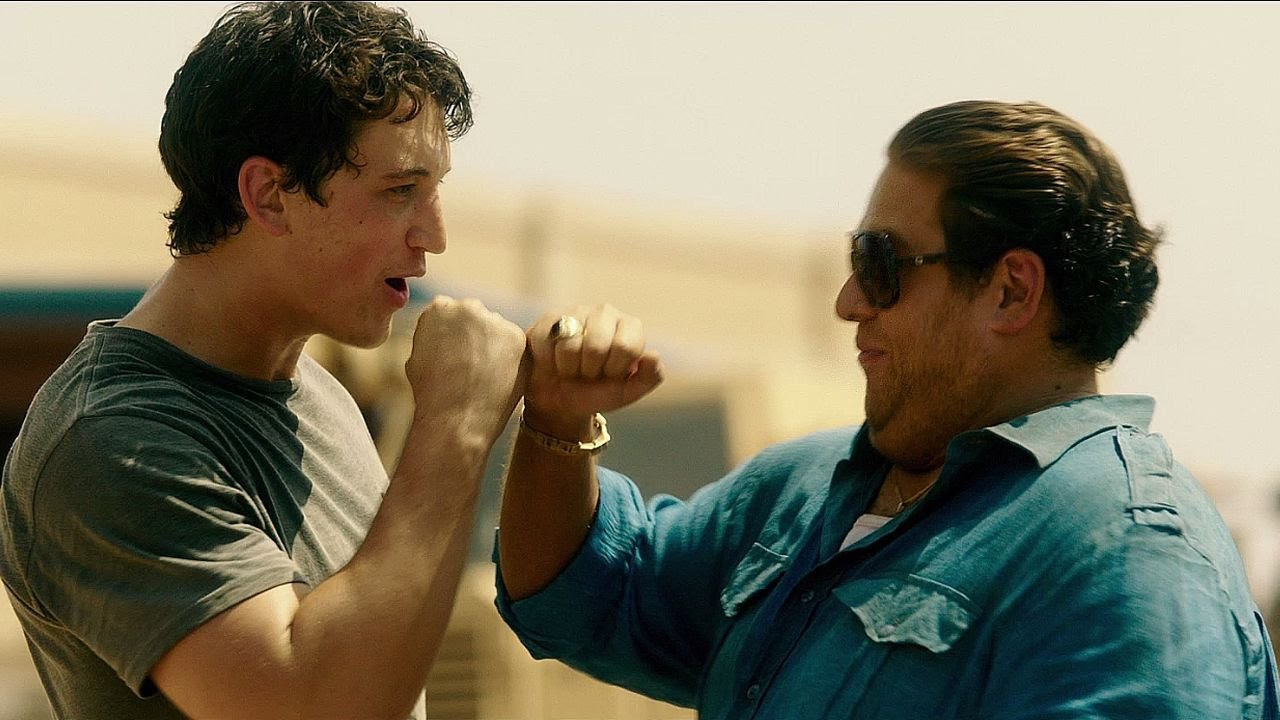 Diveroli persuaded his father to sell him a shell company, AEY Inc., which he then set up in a Miami apartment equipped with just a laptop. He began bidding on small arms contracts with the financial help of Ralph Merrill, who became the company’s chief financer. Ralph Merrill was a machine-gun manufacturer from Utah who had previously worked for Diveroli’s father. In 2005, Diveroli became AEY’s President at the young age of 19 and was bidding across multiple government agencies and supplying paramilitary equipment for American aid across the world.

Diveroli enlisted the help of his childhood friend, David Packouz, and convinced him to work for AEY Inc. In 2007, the friends landed a lucrative government contract worth $298 million of supplying arms to the Afghan National Army. Diveroli and Packouz found themselves dealing with shady weapons traders, corrupt diplomats, and high-ranking Army officials to fulfill the unprecedented demand for weaponry.

They bought their stocks from the erstwhile eastern bloc, including Albania, Bulgaria, and the Czech Republic. These countries had massive stocks of weapons that were accumulated during the Cold War. AEY Inc. tapped into this “gray market” where government-sanctioned buyers could obtain arms through illegal channels. To cater to the demand for weapons in Iraq and Afghanistan, the U.S. government allowed leeway to private companies like AEY Inc. in the arms contract business.

Diveroli and Packouz found themselves at the wrong turn when they tried to sell Chinese weapons to their buyers. They had tried to repackage the consignment but botched the deal when Kosta Trebicka, an Albanian whom they hired to repack the ammo, divulged the details of their shady deals to a New York Times reporter.

The New York Times covered their story, and eventually, Diveroli and Packouz were indicted for their illegal ways. Trebicka was reportedly miffed with the Albanian government because he was cut from the deal. In 2011, after a government investigation, Diveroli was sentenced to four years of jail, and Packouz got seven months house arrest and 14 months probation for their dubious deals, including trafficking of unregulated ammunition. However, Diveroli’s sentence was cut short because he aided in the investigation.

The film does justice to the story of Diveroli and Packouz but takes certain cinematic liberties to create a different narrative. ‘War Dogs’ shows them traveling across dangerous places and crossing the Triangle of Death in Iraq, which didn’t happen in real life. These incidents were partly inspired by screenwriter Stephen Chin’s own experiences.

Packouz and Diveroli mostly operated from their Miami residence and didn’t indulge in dangerous trips. Moreover, Packouz and Diveroli did not visit Albania, as is shown in the film. In reality, it was Alex Podrizki, Packouz’s and Diveroli’s friend, who oversaw the repackaging process. His character was left out in the film, although Lawson’s book mentions him in detail.

Henry Girard’s character (Bradley Cooper) is based on Heinrich “Henri” Thomet, a Swiss arms dealer. He was being investigated for smuggling arms to different countries like Serbia, Iraq, and Zimbabwe. David Packouz and Efraim Diveroli met him, but Packouz didn’t have to go through the ordeals of torture as depicted in the film. While there are certain liberties in the film’s narrative, most of the characters are based on real-life people, as Lawson covered in his book. 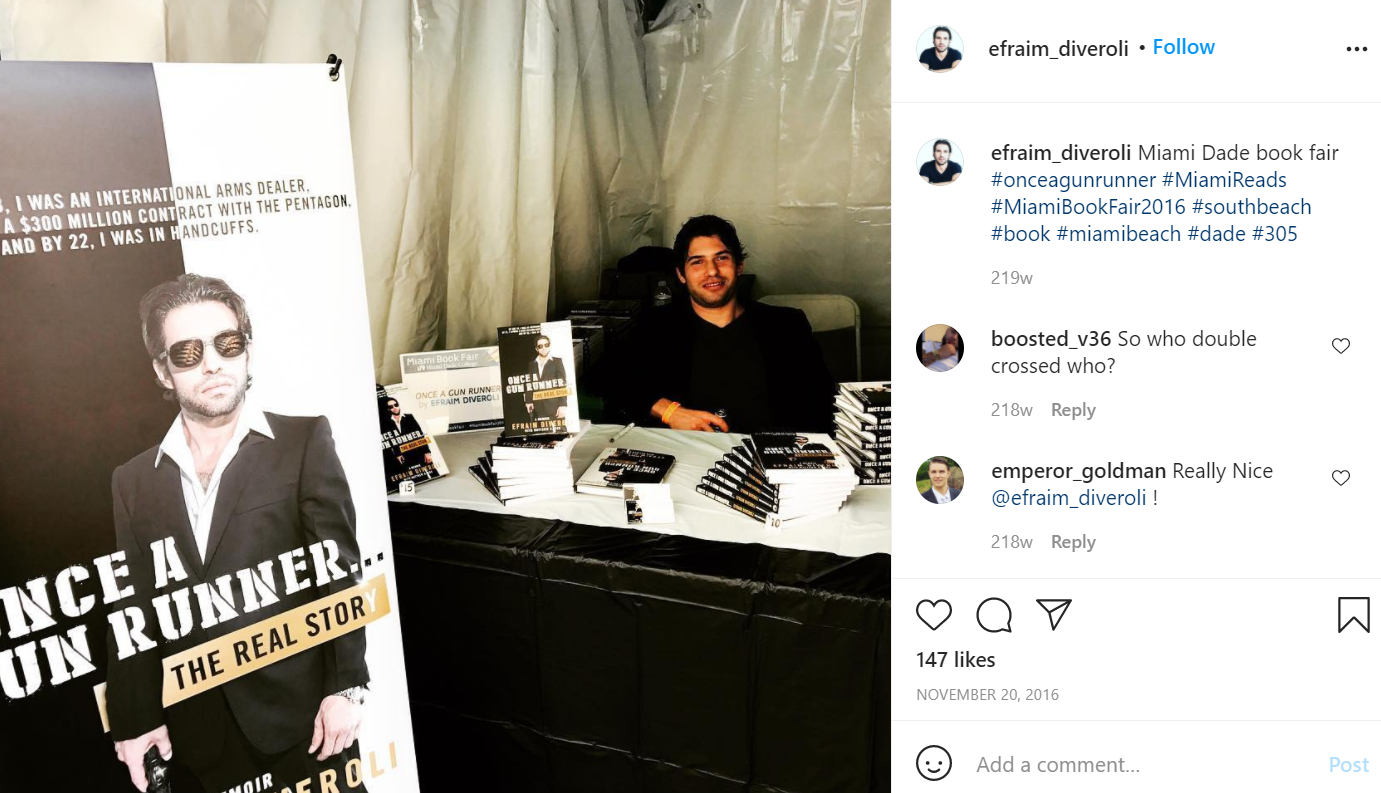 Diveroli and Packouz had a fallout after the court proceedings as Packouz accused Diveroli of not paying him his cut from the 2007 government contract. Even Ralph Merrill claimed that Diveroli owed him profits from their deal. After the breakdown of their relationship and having served his sentence, Packouz works as a musician and has set up his own company, Singular Sound, dealing in an electronic drum machine guitar pedal called the BeatBuddy.

He resides in Miami and even served as a consultant for the film. Diveroli, on the other hand, came out with his own memoir, ‘Once a Gun Runner,’ which he claims to be the true story behind the dealings of AEY Inc. Apart from the book, Diveroli started a media company named Incarcerated Entertainment. Diveroli didn’t want to be associated with ‘War Dogs’ and even filed a lawsuit against its producers, claiming that the story was based on his memoir instead. Nonetheless, ‘War Dogs’ definitely pushes the gunrunners into a renewed limelight with its unabashed story.

Read More: Is Below Zero a True Story?