The way the people in Hollywood breed their actors, it’s almost asphyxiating. There are almost no actors who just act. They either sing and croon like a blue-jay, or dance and swivel like a divine entity. Miles Teller falls in the middle ground: he can play. His obscure talent came to the forefront with a terrific performance in Damien Chazelle’s electrifying ‘Whiplash’. His eclectic body of work boasts of varied and quality work, which are in itself pieces of art. The passion with which he prepares for his roles reflects in his performances. Miles Teller has been a kind of black sheep, always managing to slip under the radar and outperforming others. Even though he is still in his nascent stages of his career, his mind-boggling fan-following is a testament to his superstar appeal and credentials. Here is the list of top 10 Miles Teller movies. It is ironic that this piece of garbage came out in the same year as ‘Whiplash’. Nonetheless, the performances were at least decent. The film employs a multi-storied narrative that focuses on the adventurous lives of three bachelors and their tumultuous lives. Teller is one of them, playing the affable Daniel. The three pledge to ditch commitment, but engage in serious relationships, surreptitiously, behind the others’ backs. The chemistry between the triumvirate leads is absolutely terrific. They compliment each others’ strength and gleefully cover the shortcomings. Teller does a fine job in establishing some sort of credibility with a decent enough performance.

At times when you are not starring in the lead in a movie, you have to be judicious with what you have. This high-octane dancing fiesta is an energetic effort, full of life that you must watch. A forlorn dancer, who just lost his beloved mother, movies into a town where loud music and dancing are prohibited. Conniving with a girl who has consensus ad idem, he plans to resurrect the lost tradition and infuse the town with some lively tapping. Teller plays the perfect foil to the leads’ charismatic display. He is restrained and effective in his small role, which paints his character as a good guy.

This film is a genuine masterpiece in my reckoning. Though sparsely flawed and imperfect in its structuring, the film boasts what other film can hardly brag about: unfettered supply of booze. A real-life adaptation of a similar teen party gone horribly wrong, the film is more than just that. It is symbolic of its lead’s need for attention and recognition, which the party provides him with. Three obscure college guys plan to change the status-quo, when one of the boys’ birthday coincides with his parents leaving for the weekend. What follows next is an absolute treat to watch. Teller makes a brief appearance in the capacity of the college jock, who is also named Miles. His charming and effervescent personality adds to the already impressive star cast. 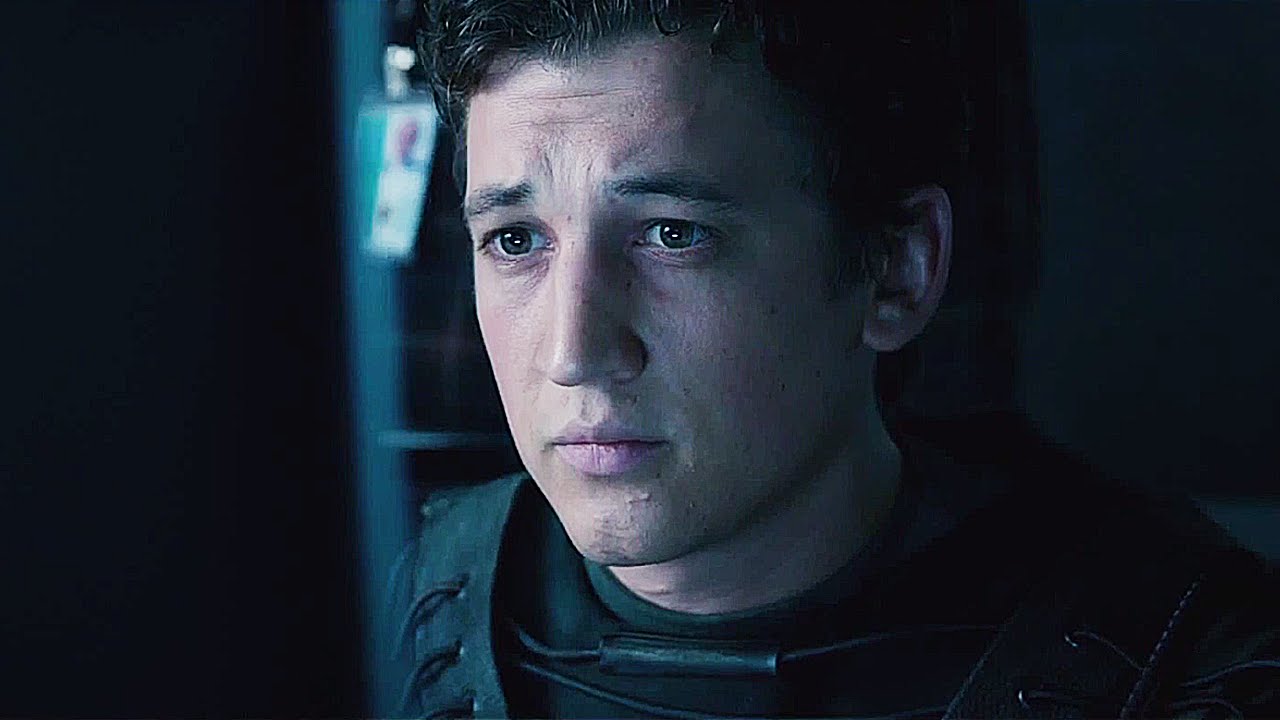 Like I said earlier, his star appeal was bound to land him a marvel role. And it doesn’t get more iconic than Mr. Fantastic. The film turned out to be a disaster, eventually not even being a commercial success. The film follows a group of four youngsters with superhuman powers. The group suddenly feels stronger than ever, and has to utilize their divine strength to overcome a sentinel computer mechanic-cum-evil doctor. Marvel movies have traditionally been the lighter side of things, interspersing breath-taking actions and orgasmic effects with suave and style. Alas, this one had none of the above, graced somewhat by the performance of its supremely talented cast. Teller showed penchant for shouldering a franchise movie, and had decent comic timing.

This movie was actually a good one. Tris, an adult resident of a futuristic world divided into five factions, elects to join the Dauntless faction. But she actually belongs to another faction, which she must hide, as a major war looms. Teller fits in the frame as a fellow Dauntless, equally apprehensive of what lies ahead, but in a more optimistic way. I must say, the way Teller looks in the movie is commendable. His action sequences were well co-ordinated and crisply performed. As a part of the talented ensemble, Teller does a superb job, pulling off a role that required him to be dauntless, with minimal effort.

‘War Dogs’ was an absolute masterstroke, the sole problem lying with its faded paint that failed to wrap attention on the canvass. The crazy ideas that the movie filled my head with to make money will lie there for some time now, buried deep in a dark corner. The fictionalized biographical-black comedy takes its two charismatic and effective leads through a tumultuous journey of adventure, risk, and eventual elation. Efraim (Hill) is an international arms dealer, smuggler rather, who tries to recruit his childhood friend David (Teller) for a covert consignment. They begin slow, eating up on government contracts, and finally land a $300 million deal, with some people of questionable intentions, landing them in a world of trouble. Teller and Hill drive this movie with a finely tuned set of ballads, delivering terrific performances. The chemistry is spot on, rendering us incredulous that this is the first time they spent time together. 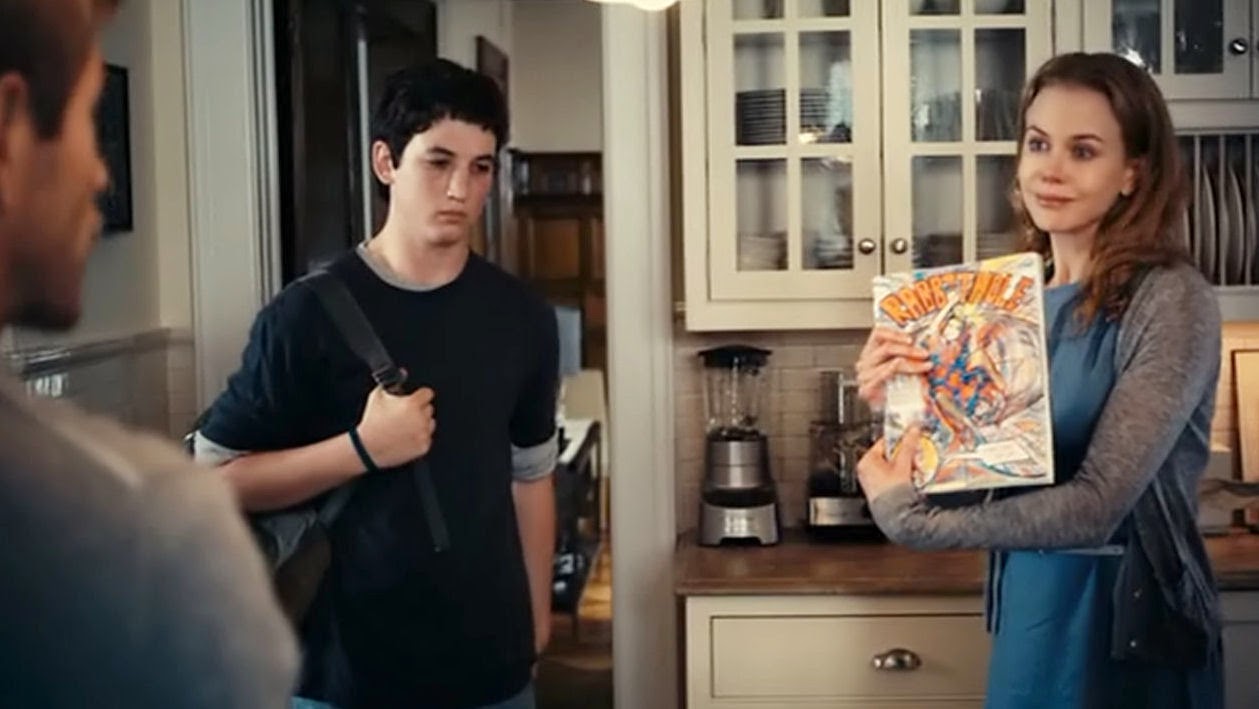 A 23-year old Miles Teller played a 16-year old Jason. Yes, that did happen. ‘Rabbit Hole’ was a film all about Nicole Kidman, and her incredulous acting skills, until Teller made an appearance. Becca and Howie are a struggling couple, still grieving from the tragic loss of their only child, at the hands of a teenage boy, Jason. Becca is unable to come to terms with the loss, and thus feels unsettled in life. She starts following Jason, on his way to home, when one day he confronts her and the two begin a friendship. Kidman was absolutely magnificent. Eckhart does a job in the highest of degrees, but it was Teller who unexpectedly stole the show with a refined and nuanced display of acting prowess.

This is the second time I am writing about this movie in a day’s space. Sutter Keely is a charming tomboy college student, having the perfect life. It doesn’t last long though, as his girlfriend dumps him for a more “responsible” man, leaving him in tatters. A night of drinking in remorse lands him on the front-yard of Aimee Finickee, a banal simpleton, belonging to the “unpopulars”. The two strike up a friendship, which eventually blossoms into love. A fateful accident leaves the two unsure about their relationship. Teller and Woodley both play their parts to perfection. Now this is range. From being a guilt-ridden and coy high-school boy, to a self-assured and carefree teenager, Teller shows his acting prowess with a splendid display. In one word: jaw-dropping. His physical transformation for the role is enough to show his dedication and seriousness towards it. ‘Bleed for This’ is a story of unwavering passion and determination to subvert the whimsical fancies of life. Vinny is a two-time world champion boxer, who meets with a horrific car-accident, which renders him unsuitable to ever step into the ring again. A strong-willed trainer takes him under his wing and starts training him for the last fight of his life. Eckhart and Teller teamed up again, this time in a more intimate capacity. Teller stole the show with his superlative act, being grossly unlucky on missing out an Oscar nomination.

I don’t know about ‘Bleed for This’, but the blood that Teller’s character spills is 100% Teller’s. As he said, “Faking it isn’t an option”. ‘Whiplash’, in my impoverished opinion, is one of the best films of the 21st century. The electrifying pace and the brisk narrative are both engaging, and tend to leave you breathless at times. Andrew is an aspiring drummer, who has realized a part of his dream by getting into Sheffield High, the best music school in the country. He gets the special attention of Terence Fletcher, the mysterious and prodigal composer of the most prestigious ballad in the country, and eventually takes him on as a drummer. Andrew’s renewed sense of life is short-lived, as the abusive and sadistic teacher makes life miserable for him. JK Simmons certainly cemented his place as one of the best performances of the 21st century by an artist. Absolutely amazing and terrifying.