Is We Are Marshall Based on a True Story? 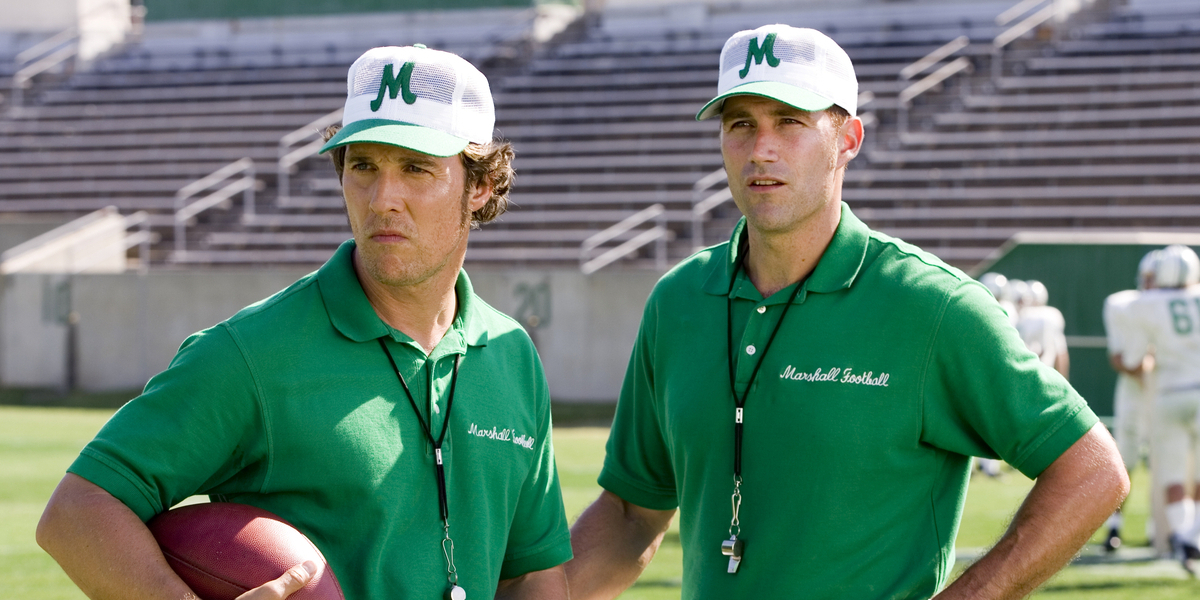 McG, the director of ‘Charlie’s Angels,’ came on full throttle with the epic sports drama movie ‘We Are Marshall.’ While showcasing how a community goes through grief and loss, the film writes a poignant treatise on human resilience. The aching tale of survival and comeback begins in November 1970, when the entire football team of Marshall University dies in a fatal plane crash on their way back from North Carolina. In the aftermath, player Nate Ruffin, who was absent on the catastrophic plane ride due to an injury, vows to rebuild the team to play the 1971 season.

College president Don Dedmon approaches underdog coach Jack Lengyel, who undertakes the mammoth task of building a team from scratch. While chronicling their journey, the film further delves into how sports works as a metaphor for the community. The realistic narrative of ‘We Are Marshall’ makes the audience wonder whether the pages of a newspaper inspire it. If you wish to find out more, let us illuminate you.

Is We Are Marshall a True Story?

Yes, ‘We Are Marshall’ is based on a true story. The heartbreaking narrative of the film hits you all the more since it has its roots in actuality. Joseph McGinty Nichol, popularly known as McG, directed the movie from a screenplay written by Jamie Linden, adapting from a story by Linden and Cory Helms. However, it had to be completely honest with reality since it deals with a scarring incident in a small community. The screenwriter, in turn, undertook heavy research to bring the story to life. Hence, most of it remains authentic, including the characters’ names.

The movie follows the aftermath of the crash of ill-fated Southern Airways Flight 932. On November 14, 1970, this McDonnell Douglas DC-9 chartered plane, bringing the Marshall University Thundering Herd football team from North Carolina following their 17-14 defeat, hit a tree and crashed not far from the runway. The list of the deceased was long — the devastating tragedy had claimed the lives of all 37 players.

Moreover, six players could not be individually identified due to their severe injuries. Apart from the players, head coach Rick Tolley, his eight coaching staff members, 25 boosters, as well as five crew members died in the incident. With the death tolls rising and the town in shock, the plane crash was regarded as the most shocking aviation tragedy in the history of collegiate athletics. In the aftermath, a city of 73,000 went into shock as they took to the streets.

As a nurse at Huntington Hospital recalled, around 400 students and citizens gathered at midnight on November 15 to pray for the deceased and cope with their losses. Before the tragedy, the team had not seen a win for 27 matches, and at this juncture, the supporters and ralliers (who made up a section of the 75 claimed by the tragedy) raised the money for scholarships. Thus, the incident broke those closest to the team. Even though some of them were lucky to not board the flight, they would face survivor’s guilt.

In the aftermath, Jack Lengyel, who was the head coach at the College of Wooster since 1966, joined the Thundering Herd program months after the tragedy. Taking on a team that had incurred a loss at 0-9 with Wooster, Lengyel churned out a winning program. As the movie depicts, he took his assistant and the coaching staff to Morgantown to see the Houston Veer offense. However, unlike in the movie, Lengyel had spoken to West Virginia head coach Bobby Bowden beforehand and made the arrangements.

After the incident, a Marshall Football Memorial statue was erected in 1971 in front of the Pi Kappa Alpha house on Fifth Avenue, which was later moved to the Huntington campus of Marshall University. On November 12, 1972, the Memorial Fountain was dedicated by President John G. Barker, which is featured in the movie. Other locations used in the movie are also credible, including the steel mill by the river overlooking the school. The inspiring speech about the “funeral ending today” was filmed in the Marshall Memorial.

Furthermore, the production honored those with the winning team against Xaviers in 1971 by organizing a reunion party doubling as tailgating. Most of the original players, including Reggie Oliver, the Marshall quarterback, and linebacker Rick Meckstroth, were elated to see the familiar faces and relive the memories. Not just that, the original Jack Lengyel, who coached the Young Thundering Herd in the 1970-71 season, was present at the tailgating party in Atlanta as well. Lengyel felt that the production was top-notch, particularly praising the realistic recreation of the stadium.

For most of the players, watching the reenactment of the 1971 Xaviers game was beyond expression. However, a little doubt regarding the film’s accuracy arose when Deborah Novak and John Witek, the director and the producer of the documentary ‘Marshall University: Ashes to Glory,’ sued the director of ‘We Are Marshall’ for fraud, breach of contract, and copyright violation. In October 2008, a federal judge ruled the case in favor of Warner Bros. Therefore, after looking at all the facets, the story remains true to the core.

Read More: Where Was We Are Marshall Filmed?