Is We Couldn’t Become Adults Based on a True Story?

Netflix’s ‘We Couldn’t Become Adults’ is a Japanese-language film that revolves around Sato Makoto, a jaded forty-something man working as a graphic designer in Tokyo. Upon getting a friend request from his long-lost ex-girlfriend, Sato looks back at his life, relationships, and incomplete dreams. Directed by Yoshihiro Mori, the film explores the themes of regret, longing, heartbreak, and despair. Mirai Moriyama, Yûko Ôshima, Sairi Itô, and Masahiro Higashide star in pivotal roles.

The romantic drama uses a non-linear narrative to explore Sato’s past and present, highlighting how the relationships and experiences of his youth follow him into adulthood. His dejectedness stems from his lost hopes and desires, many of which are rooted in the worldviews of his ex-lover. The film accurately captures the pessimism of those with broken hearts as well as the fast-paced and extremely draining nature of work-life in a big city. Thus, many fans wonder if the film draws inspiration from real-life events and personas. Let’s find out if ‘We Couldn’t Become Adults’ is based on a true story.

Is We Couldn’t Become Adults a True Story?

No, ‘We Couldn’t Become Adults’ is not based on a true story. The film draws its source material from Moegara’s 2017 novel of the same name. The novel explores how people often use their past as a means of viewing and understanding their present. The Netflix film sticks to the essence of the book, focusing on how Sato’s relationships — romantic, personal, and professional — over the years contribute to his present identity.

The romantic drama uses real-life historical events to situate Sato’s experiences chronologically. For example, we see that Sato is swamped with work after the Fukushima earthquake of 2011. Later, in 2020, we see Sato wandering the streets of Tokyo that are eerily empty due to the pandemic and still bear the banners of the Olympic games that got postponed.

Such events manage to root his fictional story in the real world. They also allow fans, especially those from Japan, to explore their own pasts using the timeline of the easily-recognizable incidents shown in the film. As Sato grows older, we see the world around him change as well, in terms of technology, fashion, music, work culture, and societal norms.

The film highlights how Sato’s romance with Kaori changes his perspective of life. Sato discovers the joys of being quirky and free-spirited upon meeting Kaori in the 1990s. However, their relationship also ruins for him whatever she classifies as “ordinary.” The simple highs and lows of everyday life become meaningless for Sato as he, inspired by Kaori, begins to respect only things that are different and unusual. However, when he discovers that Kaori too has embraced the normalcy of life, he faces an immense amount of regret and sadness.

The film’s authenticity stems from its accurate portrayal of the various “negative” emotions — regret, fear, guilt, and anger — that consume us during adulthood. Desperate to find meaning and purpose in life, Sato begins to shun all that is ordinary (from the concept of marriage to regular pastimes) in order to find something truly unique. Ironically, it only makes him more miserable. The film also sheds light on the high-pressure and occasionally hedonistic environment of Japan’s entertainment, video editing, and graphic design industry.

Additionally, Moriyama (Sato) is known for taking up the roles of troubled young men trying to fit into contemporary Japanese society. “If what we call being an adult means confronting that feeling of having lost a part of yourself, or to run away from it, or to reach some kind of compromise, then maybe my character, Sato, really wasn’t able to become an adult,” stated Moriyama.

The film attempts to delineate the various dimensions of adulthood and all the characters in the film have struggles that intersect. From Sato’s brief romance with a kind-hearted sex worker to Nanase’s unrequited love for his best friend, the romantic drama highlights the complexities of human relationships. Moriyama added, “Because he [Sato] continues to carry the pain which comes from that feeling of losing part of himself, he can empathize with the pain that others carry. If that empathy is what we call being an adult, then perhaps he is one.” The fictional tale underlines the importance of compassion when it comes to relationships with others as well as the self. 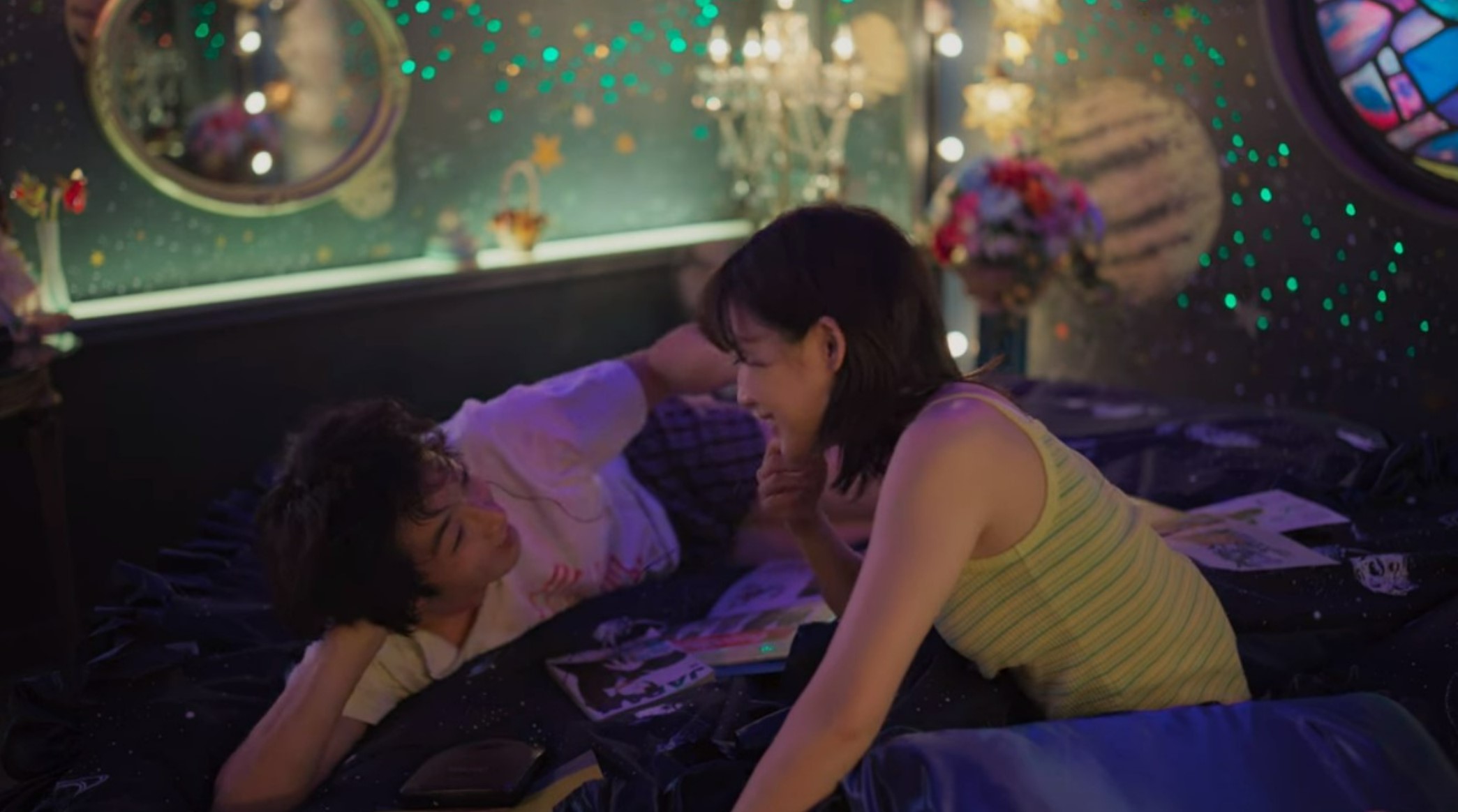 ‘We Couldn’t Become Adults’ is not based on a true story but it certainly touches upon the trials and tribulations of adulthood as experienced by millions. Sato and Kaori’s story might be fictional, but we can all relate to Sato’s suffocating feeling of being overworked, unhappy, and aimless as well as Kaori’s equally troubling desperation to be unconventional, quirky, and free.