Is Welcome Home Based On A True Story? 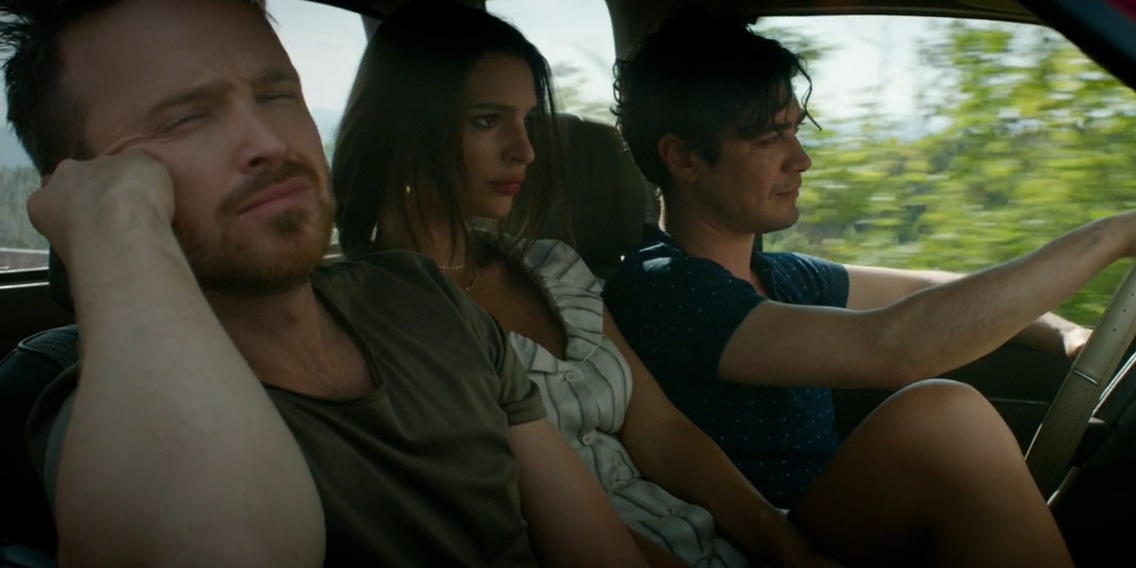 George Ratliff previously wowed the critics with his independent documentary ‘Hell House,’ and coming from him, home invasion horror-thriller ‘Welcome Home’ (alternative title: ‘The Getaway’) is neither welcoming nor does it make one feel at home. In an age where everything is made accessible at a click’s distance, naïve consumers often fall into the trap of wicked schemes. Based on the realistic premise, the sinister story centers on a withdrawn couple who take a vacation to a lush Italian village and rent a rustic villa to rebuild their relationship.

However, the prying eyes of a deceptively charming stranger threaten their safety. Starring Aaron Paul (of ‘Breaking Bad’ fame), Emily Ratajkowski, and Riccardo Scamarcio in the leading roles, shot with a faded tone, and backed by a suspenseful score, the film makes for a good enough midnight flick, although it is certainly not for the faint-hearted. The ending of the film should make you wonder whether the story is rooted in reality, and if that is the case, we have you insured.

Is Welcome Home Based On A True Story?

No, ‘Welcome Home’ is not based on a true story. The makers of the movie have not claimed that the story is inspired by any real-life events. The film is directed by Ratliff from a script penned by David Levinson, and the film seems to be his first feature as a writer. Even though it’s fictitious, the premise seems to be quite realistic. As the director divulged in an interview with Daily Dead, he was keener to work on naturalistic horror stories rather than mythical supernatural tales. He became hooked on David’s script because it dealt with “a worst-case scenario” in the “newfangled share economy.” It met all the criteria, since the story was realistic, cinematic, and scary, to say the least.

Share economies like Uber and Airbnb are used by many unsuspecting customers to ease their travel. The director admitted to being someone who opts for a shared economy all the time, and even the villa where most parts of the film are shot was found by the director on the internet. The thought that someone is prying on your privacy is extremely frightening, and more so when you are in a new country where you do not know anyone except for an excessively friendly stranger. In those worst-case touristy situations, it is easy to be lured into a trap.

The Airbnb horror stories are not as rare as one would imagine. In fact, there are a plethora of true accounts of people finding cameras installed in their Airbnb property. In one report published by the Independent, a couple booked a rental property in Toronto only to find a video camera planted in a benign-looking digital clock in the apartment. In another account, a couple from San Diego found their California Airbnb bugged with hidden cams. The website called “Eye See You” that is shown in the film is fictional, of course, but the internet is infested with creepy websites that give you access to live feed from home surveillance cameras around the world.

The mastery of the film lies in how it makes the viewers believe that the same thing that happens to the protagonists can happen to them. There may be cameras lurking in the corners of their far-flung rental home as they spend their precious moments away from the dredges of their daily lives. The banality of the horror is finally what makes the film interesting. All things considered, the film may be a fictionalization, but the premise is very much tethered to reality.