Is Wendy a Buddhist in Billions? 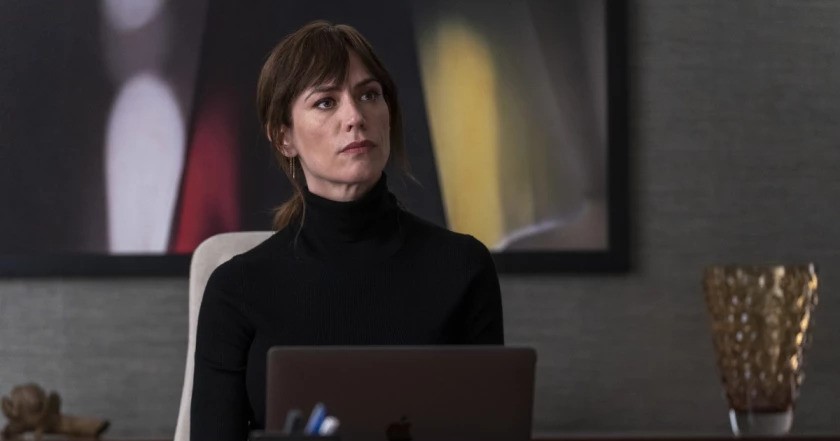 ‘Billions’ is a drama series about 0.01% of the world population. As a result, the way it depicts wealth stands apart from most shows. It constantly reminds its audience that its characters belong to a completely different world. Wendy Rhoades (Maggie Siff), even though she is not a billionaire, does belong to the bracket of the uber-rich. However, she is also one of the few characters in the show that are constantly questioning their own actions and morality. She is in a unique position among the characters because of her relationship with Chuck, to whom she was married at one point, and her job as an in-house psychiatrist and performance coach — first at Axe Capital and now at Michael Prince Capital. She was caught right in the middle of the struggle between Chuck and Bobby Axelrod. Even after Mike Prince arrived on the scene, her situation hasn’t changed much. She is still trapped in the middle of it all.

In season 6, Wendy seems to seek refuge from a life filled with transactional relationships and visits a Buddhist temple. If you are wondering whether Wendy is a Buddhist, this is what you need to know. SPOILERS AHEAD.

Is Wendy a Buddhist?

In her first scene of the sixth season, Wendy is seen preparing ice cream at an ice cream parlor. She speaks to the lead ice-cream maker there. From their conversation, we first get the inclination that Wendy might have become interested in Buddhism. As she mixes the ingredients, the ice-cream maker observes that she is in the zone. Wendy seeks detachment from everything else while performing a task, which, in this case, is making ice cream. However, it seems that she wants to apply it to her actual work.

In episode 5, Wendy visits a Buddhist temple and tells the priest there that she is ready to seek refuge. This implies that she is not yet a Buddhist but has undertaken the journey to becoming one. When she tries to gift the priest, Daniel, a carton of vegan ice cream she made, he points out that she is trying to bribe him. Wendy knows that the world she is part of revolves around transactional relationships. But, as Daniel points out, if she seeks to commit herself to the Buddha, the Dharma, and the Sangha, she must avoid being transactional. He asks Wendy to spend four days without any transacting.

Initially, Wendy believes that she will be able to do it. However, she ends up failing at the task. She helps Chuck by getting his father out of his home. Her former husband remarks that she owed this to him after poaching Kate Sacker for Mike Prince. Wendy realizes that he is right and that her relationship with Chuck has also become transactional. She calls Daniel and restarts her resolution. Even though she has failed, she doesn’t let it divert her from her goal. She may not be a Buddhist yet, but she seems earnest in her pursuit of commitment.

Read More: Who Is Rodney Scott in Billions? Is He a Real Chef?