Is Whitney Houston I Wanna Dance with Somebody Based on a True Story? 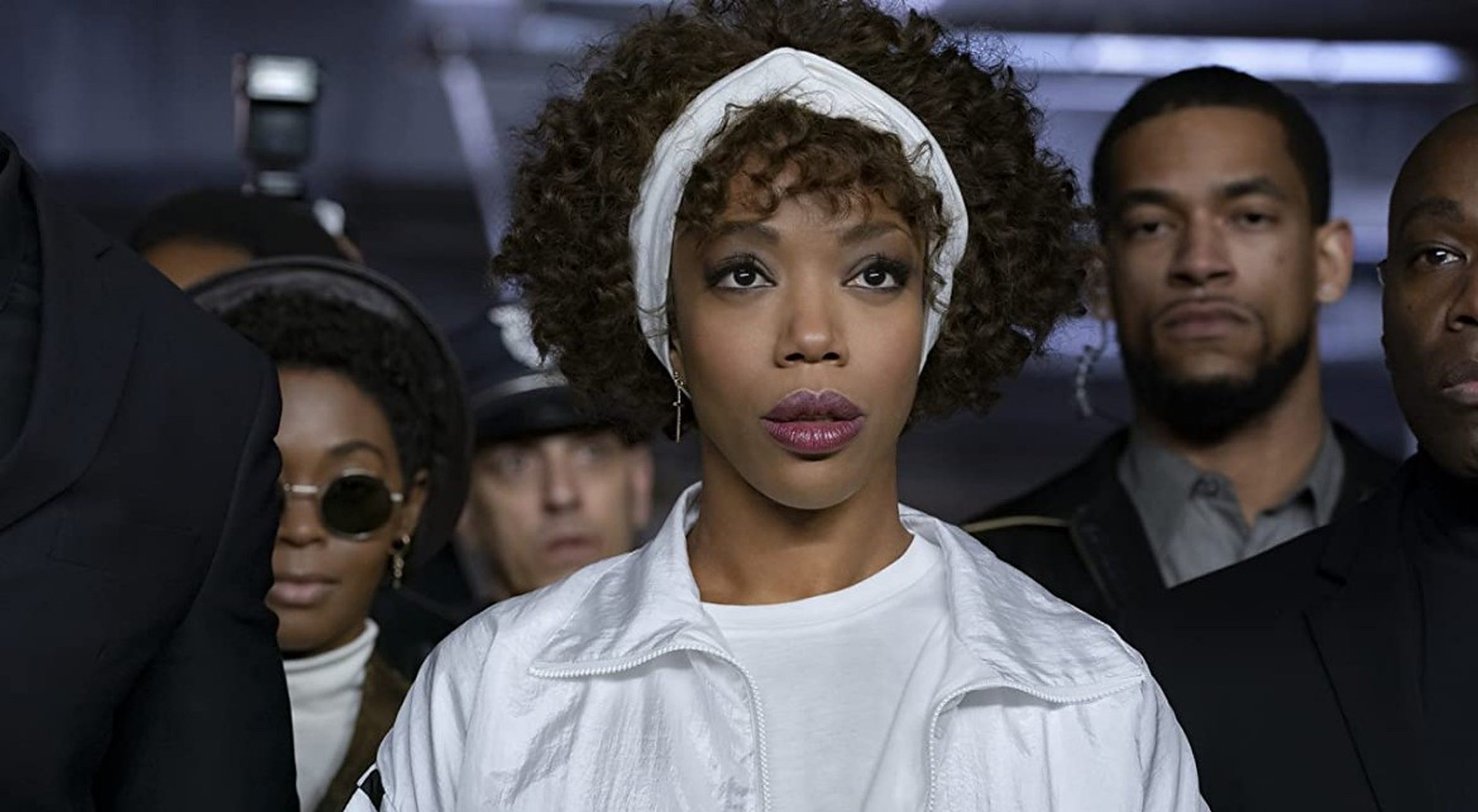 Kasi Lemmons’ directorial ‘Whitney Houston: I Wanna Dance with Somebody’ is a musical drama movie that centers upon the titular character. Set in the 80s, it follows Whitney, who sings in a small church choir and has much bigger dreams of becoming a world-known music artist. Luck works in her favor when record executive Clive Davis notices her and gives her a chance to record with his music label. Thus begins Whitney’s tumultuous journey toward fame, as she rises to be one of the best R&B singers worldwide.

Featuring stellar performances by actors like Naomi Ackie, Stanley Tucci, Ashton Sanders, and Tamara Tunie, the movie engages the audience with its inspiring narrative and powerful musical ballads. Moreover, the authentic depiction of a musician’s struggles in the 80s and the protagonist’s resemblance to real-life artists make one wonder if the character has been modeled on them. If you are curious to know the same, you’ve found an ally in us. Let’s find out, shall we?

Is Whitney Houston: I Wanna Dance with Somebody a True Story?

Yes, ‘Whitney Houston: I Wanna Dance with Somebody’ is based on a true story. It depicts the life, and career of Whitney Houston, the iconic R&B legend who ruled the charts from the 80s to the 2000s. Nicknamed “The Voice,” she was one of the bestselling music artists of all time, who won countless accolades, including 28 Guinness World Records, 6 Grammy Awards, and 16 Billboard Music Awards. Adapted from a screenplay by Anthony McCarten, the biopic chronicles many facets of Whitney’s life, with a particular focus on her spectacular career, her family life, and her tragic death. 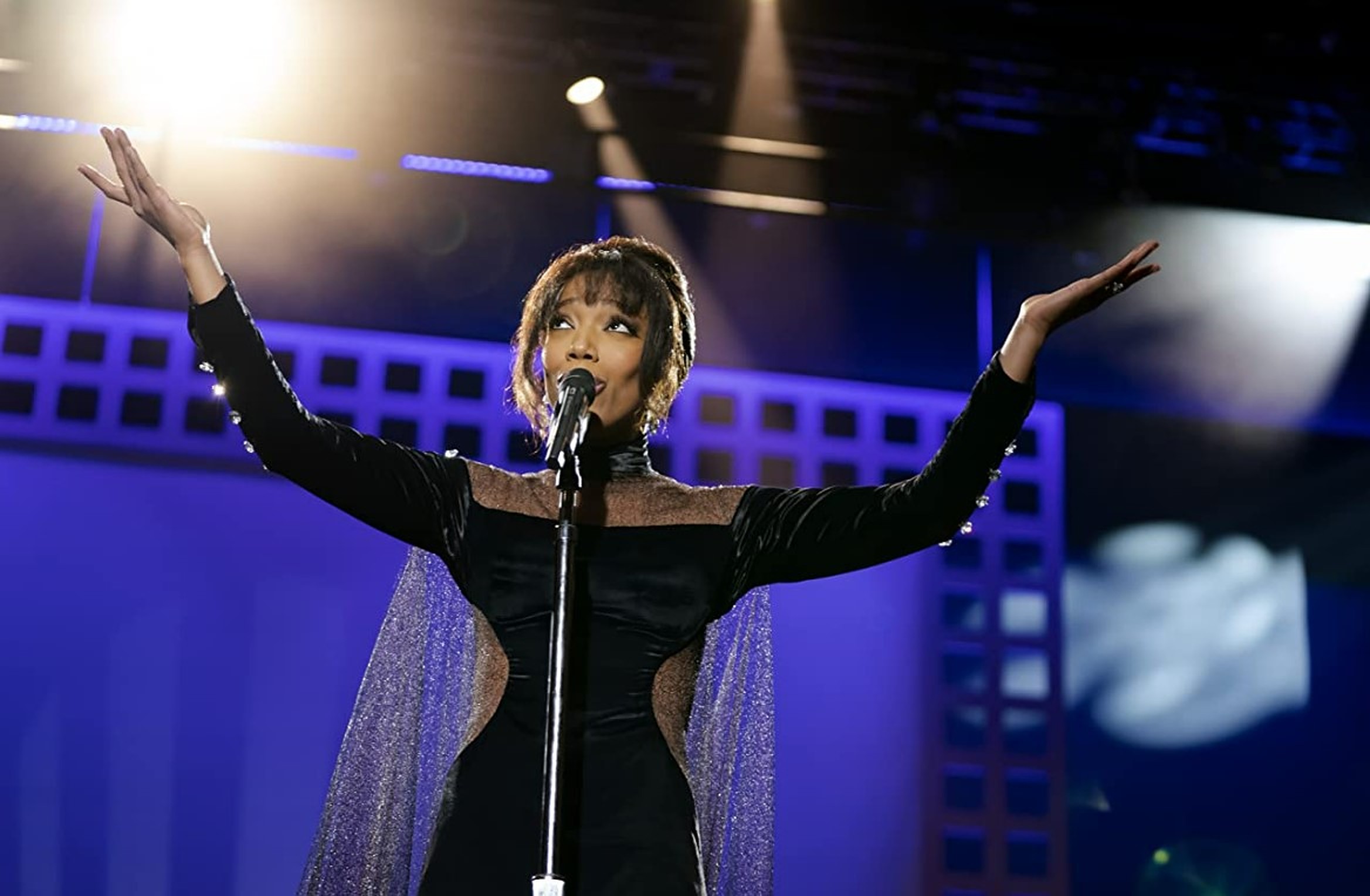 Born on August 9, 1963, in Newark, New Jersey, Whitney Houston grew up in a musical family. Her mother, Emily Houston, was a part of the famous gospel singing group, The Sweet Inspirations, who sang background for numerous legendary singers like Aretha Franklin, Solomon Burke, Jimi Hendrix, and Elvis Presley. Moreover, Whitney’s brother, Michael, was a songwriter, and her half-brother, Gary Garland, was a singer. When she was 5, she began singing with the New Hope Baptist Church’s choir in Newark and even learned to play the piano.

Whitney began singing background for her mother at 14 and featured in Emily’s 1987 album, ‘Think It Over.’ Over the next few years, she was noticed by several music producers and also established a successful modeling career, becoming one of the first women of color to appear on a fashion magazine cover. During that period, Whitney befriended Robyn Crawford, who later became her assistant and closest confidante. In 1983, the budding singer was noticed by Clive Davis, the head of Arista Records, and she signed a worldwide record deal with him.

Whitney’s debut album, ‘Whitney Houston,’ dropped in February 1985, with the singles ‘Saving All My Love for You,’ ‘How Will I Know’ and ‘Greatest Love of All’ topping Billboard. The first song even earned the singer her first Grammy the following year. In fact, the album is still among Rolling Stones’ 500 Greatest Albums of All Time. Following the blinding success of her debut, Whitney belted out superhit songs like ‘I Wanna Dance With Somebody (Who Loves Me),’ ‘Where Do Broken Hearts Go,’ and ‘I’m Your Baby Tonight,’ to name a few.

The singer enjoyed immense success over one decade, with numerous prestigious TV and live event appearances, making her the highest-earning African American woman in the late 80s. In 1989, Whitney met R&B singer Bobby Brown, and after three years of courtship, the couple tied the knot in 1992. They welcomed their first and only child, Bobbi Christina Brown, the following year. Meanwhile, Whitney acted in many movies in the 90s, such as ‘The Bodyguard,’ ‘Waiting to Exhale,’ ‘The Preacher’s Wife,’ and ‘Cinderella.’ Unfortunately, she suffered a miscarriage in 1996, which caused her immense trauma.

Furthermore, Whitney severely struggled with drug addiction during the early 2000s, profoundly denting her career. Besides, her marriage with Bobby deteriorated due to alleged abuse. Not just that, Robyn parted ways with the singer in 2000, later claiming the reason to be the latter’s drug dependency. While Whitney did continue releasing a lot of music at this time, none compared to the success of her early career. In 2007, she and Bobby divorced, and she divulged her personal struggles in a 2009 interview with Oprah Winfrey. 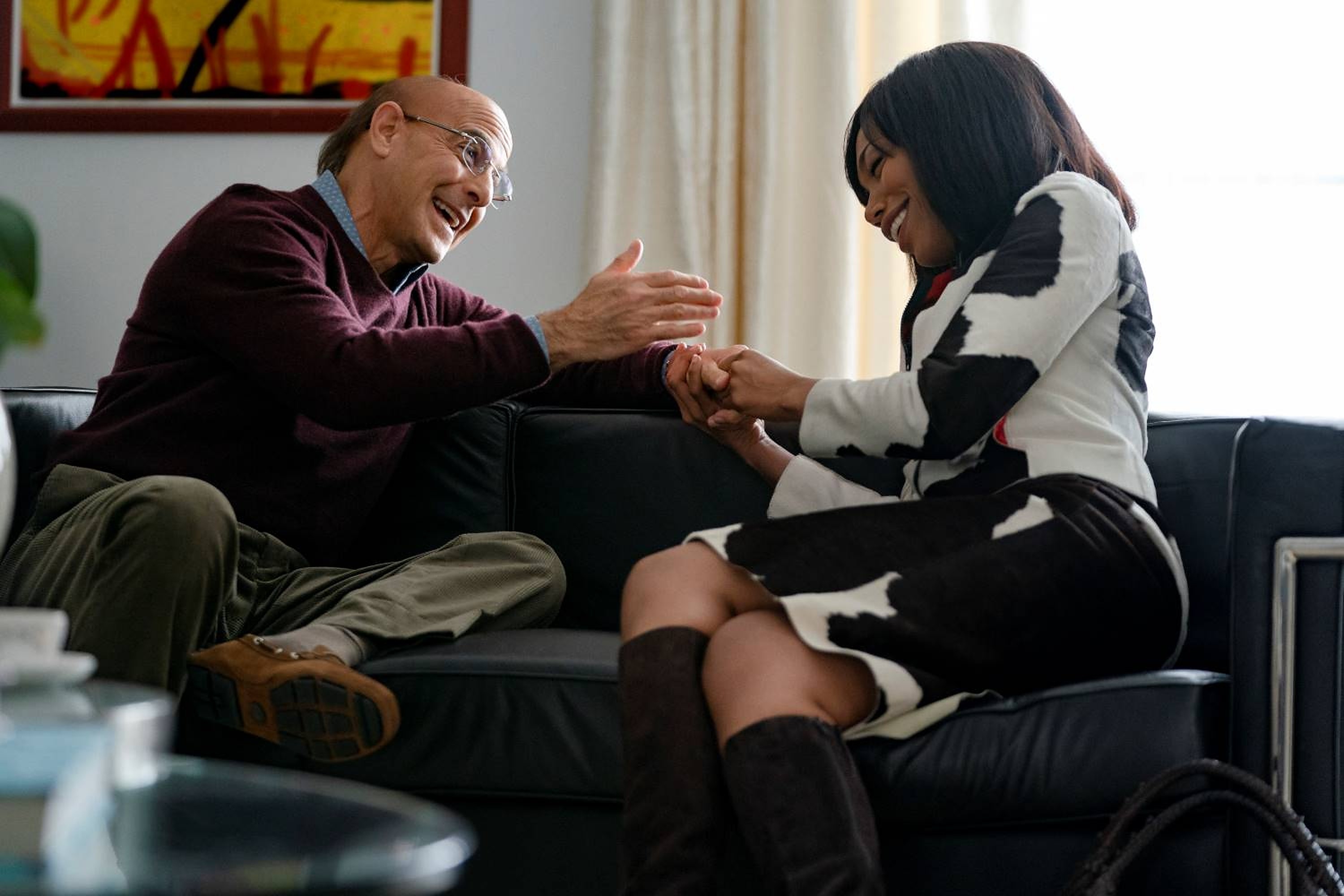 That same year, Whitney’s new album ‘I Looked to You’ topped the charts again, and she made a few guest appearances on some reality TV shows. Unfortunately, in 2011, she checked into rehab for the second time for her drug and alcohol problems. Though Whitney continued working on movies and music events, the entire world received a severe shock on February 11, 2012, when she was found unresponsive in her hotel’s bathtub in Beverly Hills, California.

Paramedics declared the singer dead; later reports revealed that she died by drowning, along with the effects of heart disease and drug usage. Whitney’s tragic demise shook the entire entertainment industry, with tributes and condolences coming in from worldwide. Coming back to the movie- it is a small tribute to the R&B star’s legacy and tries to capture all these facets of her life correctly. Interestingly, director Kasi Lemmons was a major fan of Whitney’s work and had even pitched the late singer two screenplays earlier for cinematic collaborations.

Nevertheless, Kasi’s observations and love for Whitney and inputs from the late music icon’s estate and associates helped her craft an authentic story with intricate details. Not just that, all the actors extensively researched their real-life counterparts to essay them with conviction. Needless to say, some elements have been added and edited for dramatic purposes, but ‘Whitney Houston: I Wanna Dance with Somebody’ is primarily an accurate portrayal of Whitney Houston’s life and a fitting ode to the legend.

Read More: What Was Whitney Houston’s Net Worth?