Is Wu-Tang: An American Saga Based on a True Story?

Hulu’s ‘Wu-Tang: An American Saga’ is a drama series based around the journey of a hip-hop group consisting of young, Black men. Set in the 1990s, the show’s central characters follow a remarkable path to success, given that they are constantly caught between a life of crime and their way out of it through music. However, it is also fraught with low points and darkness, making the saga an intriguing, cultural tale that feels surprisingly personal. So just how much of ‘Wu-Tang: An American Saga’ is based on actual events? We decided to dig into it, and here is what we found!

Is Wu-Tang: An American Saga Based on a True Story?

‘Wu-Tang: An American Saga’ is partially based on a true story. The show is co-created by RZA (Robert Fitzgerald Diggs) and Alex Tse. You might find it interesting to know that RZA is considered the de-facto leader of the actual Wu-Tang Clan, a hip-hop group from Staten Island, New York City, that came together in 1992. RZA produced most of the albums by the group and its members, and his profound influence over the music continues to live on. The name of the hip hop group is partly inspired by the 1983 martial arts film ‘Shaolin and Wu-Tang.’

The show also takes direction from RZA’s 2009 book, ‘The Tao of Wu,’ co-authored by Chris Norris. The book delves deeper into the music producer’s journey and his philosophical leanings. Much like in real life, the show is set against a backdrop of crime and the crack epidemic in 1990s New York. The childhood experiences of RZA are recreated in the storyline of the show. With the deaths of close friends and brushes with homelessness, the series draws attention to the lives of other members of the Wu-Tang Clan, who have faced truly dark times.

The Wu-Tang Clan’s debut album, ‘Enter the Wu-Tang (36 Chambers),’ was a critical success and is considered one of the greatest hip-hop albums of all time. Its success added to the wide underground fame of the group’s individual artists. In fact, their model of work was unlike anything seen in the music industry at the time. The members of the group inked deals with different labels through which they released solo albums whilst also coming together as the Wu-Tang Clan under a separate label.

Therefore, the narrative of the show attempts to encompass a complex web of stories and experiences. It benefits from the input of several Wu-Tang Clan members themselves, including Method Man, Ghostface Killah, Inspectah Deck, Masta Killa, and GZA who all came aboard as consulting producers for the Hulu series. This leads us to another intriguing aspect of the show’s future. 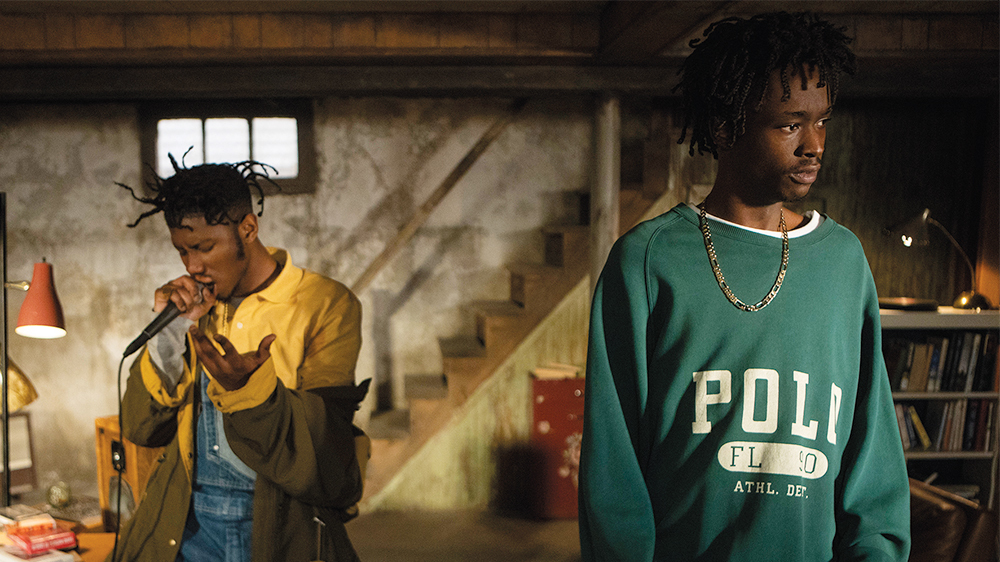 Described as a fictionalized account of how the titular group came together, the series takes dramatic license. One reason for that is the fact that the narrative of the storyline spans many years. Therefore, fictionalizing some aspects helps condense the content into comprehensive episodes in the show. But most importantly, it is because some of the details are likely too dark, and the co-creators thought them best to be left out. Perhaps a solid example of this is the way Ghostface Killah AKA Dennis Coles is depicted in the show. The real-life musician wanted his character to be portrayed as an even darker and more violent figure, which he felt was more accurate to his real-life persona.

However, RZA managed to convince him that it was better to leave out things like that from the show’s narrative. Therefore, ‘Wu-Tang: An American Saga’ mixes fact and fiction to capture the essence of the Wu-Tang Clan and the remarkable journey of its members. So even though the viewers might not get every detail of their lives, what they get, is the story of these hip-hop legends straight from the horse’s mouth, so to speak.

Read More: Where is Wu-Tang: An American Saga Filmed?