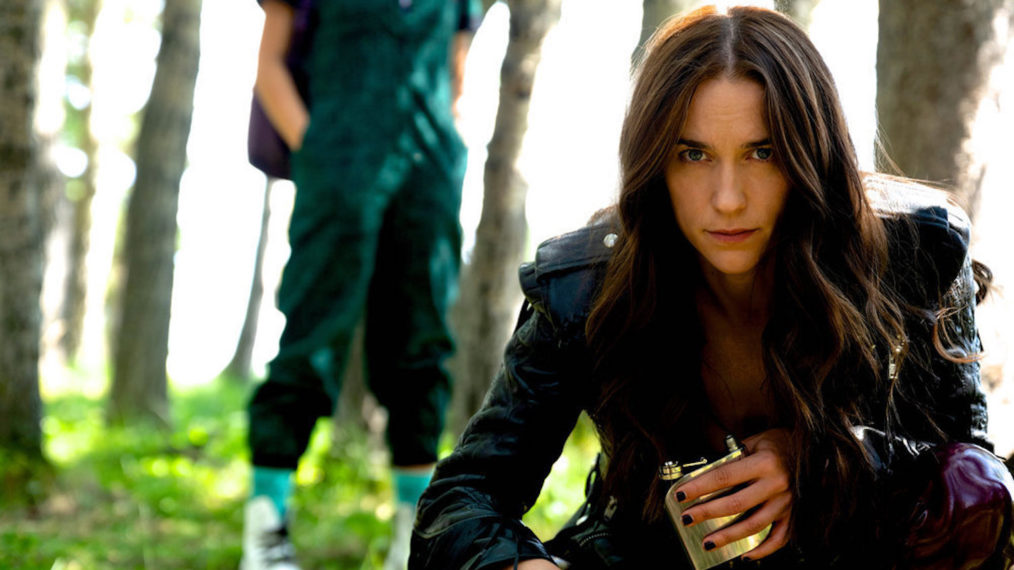 ‘Wynonna Earp’ is a supernatural Western horror television series that follows the perilous adventures of the titular demon hunter. Wynonna is the great-great-granddaughter of the famous lawman Wyatt Earp and is the only one who can use the ancestral gun called the “Peacemaker.” By sending demons back to hell, she works to break the curse upon her family. Created by Emily Andras, the series is based on the eponymous comic book series by Beau Smith. Upon its release on April 1, 2016, on Syfy, it received a positive response from the critics, who praised the show for its strong female characters.

Over the years, the cult hit has gathered a massive fan following who love the show for its representation of the LGBTQ+ community, thrilling demon-hunting escapades, characterization, and action. In 2016, the series was named the Best New Show by E! Entertainment Television and Variety listed it under “Best Television Shows of 2017.” It also won the People’s Choice Awards in 2018 and 2020. After relishing four electrifying and engaging seasons, fans want to know if there is more to the story of the titular demon hunter. Well, here is everything we know!

‘Wynonna Earp’ season 4 premiered on July 26, 2020, on Syfy, with the season wrapping up on April 9, 2021. The fourth season comprises 12 episodes with a running time of approximately 43 minutes each.

As far as the fifth season is concerned, here is what you must know. On February 5, 2021, Syfy confirmed that season 4 would be the final outing for the supernatural series. For those who did not know, the fate of ‘Wynonna Earp’ was hanging in the balance after season 3 due to financial issues at IDW Entertainment. This was one of the main reasons why season 4 took two years to make. However, fans had a major role to play in making the fourth season a reality.

Fans of the supernatural show started a social media movement to save ‘Wynonna Earp.’ The movement gained momentum, and Times Square also had several billboards with #FightForWynonna. Despite its active and vocal fanbase who cannot get enough of the show, the series will not return for season 5 because finances are still the cause of concern. The news of the cancellation came as a surprise to Andras. On multiple occasions, the creator and showrunner expressed that she would like to continue telling the story of the powerful titular character.

In March 2021, Andras told The Hollywood Reporter that she had no idea that season 4 would be the last but wanted to ensure that she did not leave the fans “empty-handed.” She said, “I think the end of season four is satisfying. [Former Syfy head of originals] Bill McGoldrick was a huge fan of the show, and we were always very honest with each other. He may or may not have said to me, ‘Emily Andras, you are famous for 26 cliffhangers at the end of every season. Just in case, do you think that you could maybe do slightly less cliffhangers and give us a pretty good ending? And I promise if we can, we’ll still do season five.’ I said yes.”

It is worth noting that in 2019, that the co-production agreement with IDW Entertainment and SEVEN24 Films also had provisions for a potential fifth season. However, ‘Wynonna Earp’ season 5 stands officially canceled. Emily Andras expressed gratitude to the fans who have rallied for the show and the production companies that gave her the opportunity to tell Wynonna’s story. She hoped that she might be able to continue sharing the inspiring stories in the future.

According to a representative from Syfy, IDW Entertainment is still keen on “continuing to tell the ‘Wynonna Earp’ story.” They also revealed that the details are still being worked out regarding how to do that. Andras also discussed that there had been several meetings to figure out if the series could find a new home. She said that season 5 is “almost easier” than season 4 since the Canadian distributor Space financed season 4.

Therefore, Andras and her team are looking for a US broadcaster that would be willing to pick up the fan-favorite television show. She admitted that her hopes are pinned on Paramount+. The showrunner also shared that she was open to the idea of “coming back in a few years” with possibly a film. If that happens, she would like to tell a story about aging and legacy. Since nothing has been officially confirmed, the fans will have to be satisfied with four seasons for now.