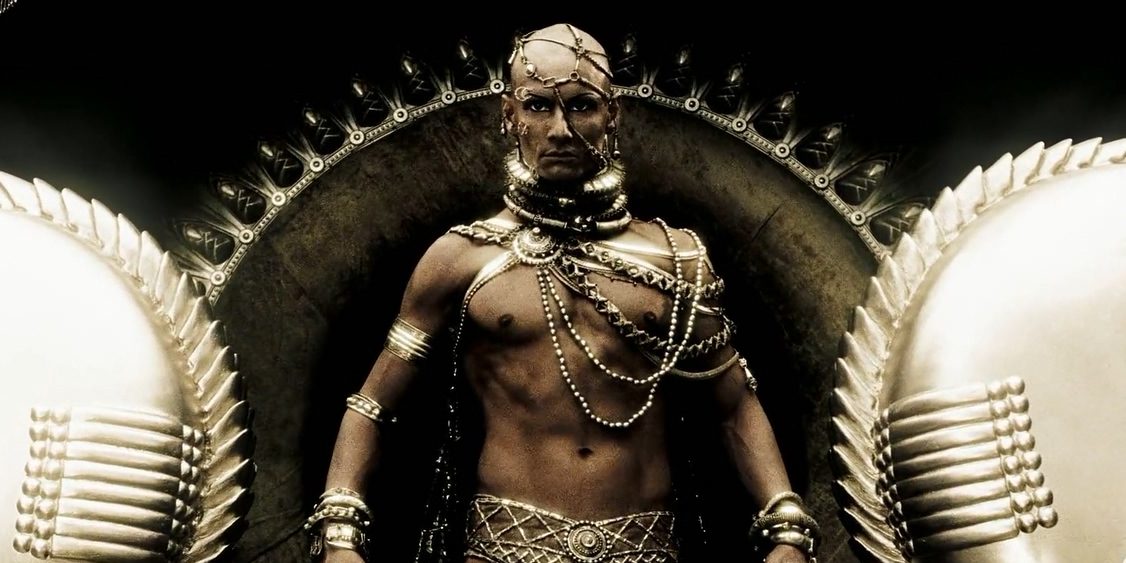 Zack Snyder adapted the popular graphic novel miniseries by Frank Miller for the screen in epic war movie ‘300.’ When threatened by Persian messengers, King Leonidas defies the oracle as he wages war against the Persians with three hundred of his best soldiers. The Persians stir up a literal storm, and when they summon beasts from the darkness, the fate of the Spartans looks grim.

Other forces from Greece, especially the Arcadians, join them in numbers. But the betrayal of a tribesman would prove disastrous for the party. Gerard Butler, Lena Headey, and Michael Fassbender take up crucial roles in the unfolding drama, and the scenes are painted with a dark golden contrast – a technique dubbed as “the crush.” The finale of the epic movie is decidedly tragic, but some of you may ask whether Xerxes, the godly king, is dead or alive. SPOILERS AHEAD.

Is Xerxes Dead or Alive? Is He a God?

Xerxes is the fourth King of Kings of the Achaemenid Empire of ancient Iran. He claims to have divine powers, and after the sighting of the magical creatures, the Greeks think the same. Xerxes is alive by the end of the movie, although Leonidas’ blow proves that the godly king is quite mortal. At the end of the enthralling war drama, a handful of soldiers remain alive on the Spartan side. Ephialtes, a hunchback soldier, follows the party of soldiers from early in their journey. 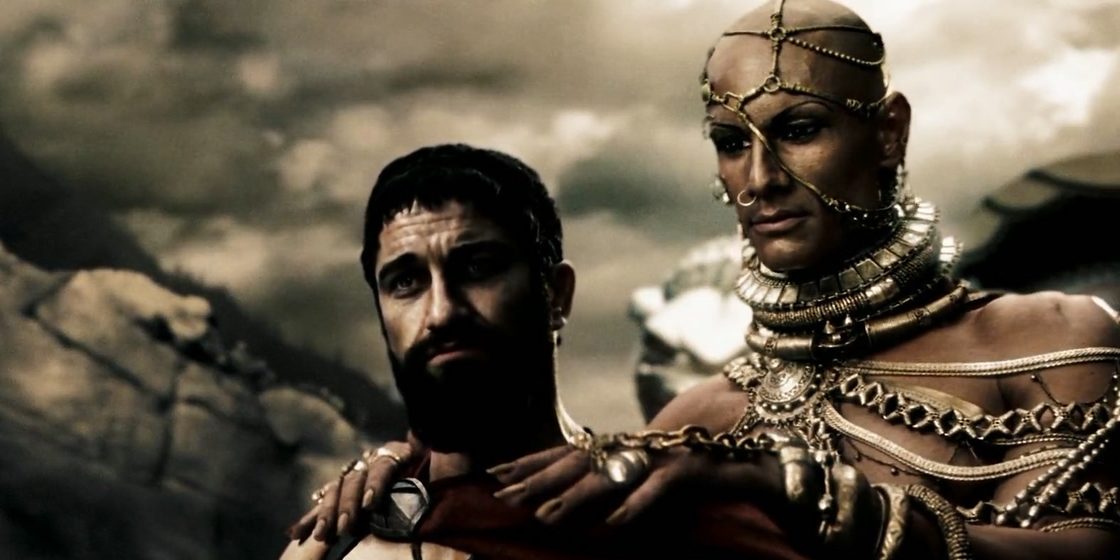 Ephialtes soon confronts Leonidas. Although he shows a good thrust of the spear, he cannot hold his shield high enough, which can disrupt the phalanx formation. The outnumbered Spartan army has been able to stop the enemy at the Hot Gates precisely for the phalanx formation. Including Ephialtes in the military puts everyone’s lives in danger. The king tells his army to pray that Ephialtes does not join the enemy. And the king’s suspicion turns out to be reasonably informed.

After the setback, Ephialtes meets King Xerxes at his decadent pleasure palace. Xerxes rants about his benevolence, while Ephialtes tells him about a secret path to sabotage the Greeks. The Persians attack from behind, causing widespread carnage in the Arcadian camps. The Arcadians retreat, and Leonidas sends Dilios back to the city-state to ask for reinforcement before the council. Only the best of Leonidas’ army stay behind for a final attack, as they have not known how to leave the battlefield. They would rather fight and die since there is no place for cowardice in Spartan ideology.

Xerxes meets Leonidas, Stelios, the Captain, and others who remain. The Persian King gives Leonidas one final offer to join the Persian side and rule Greece. Contextually, the Persian King would place loyal tyrants to rule provinces he had acquired by war. But Leonidas is not one to bow before the king. When the former bows down in the end, it is only to create a diversion so that he can take his final aim.

The helmet obscures Leonidas’ vision, and thus he bares his head. The shield’s weight prevents him from throwing the spear far, and therefore he discards it. He takes one final shot for Xerxes’ head, but it seems that Leonidas misses the shot. He only manages to wound Xerxes’ right cheek, which brings down the Persian king from his divine podium. The sight of blood attests that he is only human, despite his ability to control beasts from the darkness.

But Xerxes remains alive at the end of the movie. The final shot shows Dilios (who is now the head of the Spartan army) and other Greeks joining forces across the fields of Plataea for a final blow to the Persians. If we consult history, Xerxes had plundered and fled Greece by this time and gone back to his country, leaving General Mardonius to finish the battle. If we dig deeper, we will know that he was assassinated in 465 BC at the hands of Artabanus of Persia, the leader of the royal bodyguards.