Jack Wheeler’s Murder: How Did He Die? Who Killed Him? 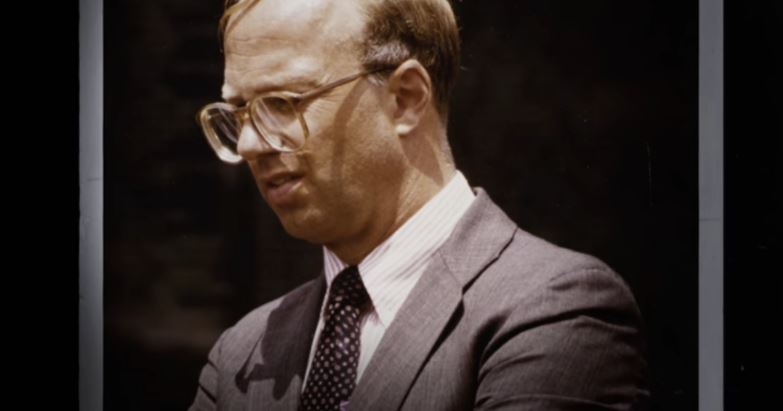 Netflix’s ‘Unsolved Mysteries’ is back again with Volume 2, and it is as intriguing and bone-chilling as ever. The show uses re-enactments and in-depth interviews with professionals and loved ones to retell the circumstances surrounding old cases that are, well, unsolved. It also covers everything from homicide to tales of lost ones to paranormal activities, all the while encouraging viewers to provide information that might help bring it to a close.

In its very first episode, ‘Washington Insider Murder,’ the show chronicles the bizarre homicide of a former presidential aide, who was found dumped in a landfill in Wilmington, Delaware. Curious to know all the details? Let’s find out.

How Did Jack Wheeler Die?

Despite having Bipolar disorder, John “Jack” Parsons Wheeler III, had built an unprecedented resume in 66 years. In 1966, he graduated near the top of his class from the U.S. Military Academy at West Point, and then went on to earn a business degree from Harvard and a law degree from Yale. He then served in Vietnam, and upon his return, co-founded the organization that built the Vietnam Veterans Memorial. Later on, Jack worked as the special assistant to the secretary of the Air Force, Mike Wynne, and was a national security consultant to the defense firm Mitre Corporation in the cybersecurity area.

Unfortunately, right towards the end of 2010, he lost it all, and it was under the strangest of circumstances. He left the Harlem home that he shared with his wife, Katherine Klyce, after Christmas, on December 28, 2010, but never made it back alive. On December 31, 2010, at 9:56 a.m., Jack Wheeler’s body was found dumped in the Cherry Island Landfill in Wilmington, Delaware, a place where he had no business being at that point in time. Yes, he did have a second home in New Castle, Delaware, but Wilmington was a completely different area.

After his body was secured and sent to the coroner’s office, the autopsy performed confirmed that he had died in the worst of ways. He was beaten and thrown around in such a way that he had several severe injuries all over his body. As listed in his report, a few of them are hemorrhage, contusion, punctured lungs, broken ribs, aspiration of blood, external neck injury, bruises to the face and orbital bones, and laceration. Ultimately, his cause of death was determined to be blunt force trauma, and his manner of death was ruled a homicide.

Because of the way Jack Wheeler was found, it was evident that foul play was involved, so as soon as the investigators arrived, they secured the landfill and began combing through the tons and tons of trash for any evidence. But alas, they found no pieces of clothing, no cell phone, no DNA/blood, or any other item that they could positively connect to his death. Therefore, the authorities decided to retrace his last few days alive, which was initially thought to be relatively easy, since Jack rarely went anywhere without his cellphone and briefcase in hand.

On December 28, he left his home in the morning, telling his wife that he had to go to Washington D.C. for some important work, not unusual considering how busy he liked to keep himself. He reached his destination, worked for the day, and then left to go to New Castle, his second home, for the night. That same night, a smoke bomb went off in the house that was under construction right across from his place. And that’s when everything changed.

Come morning, Katherine tried calling him, but he didn’t pick up. Around that same time, he sent an e-mail to Mitre, telling them that there had been a break-in in his home and that his Mitre badge, wallet, key fob, briefcase, and cellphone had been taken. But Jack didn’t inform the police or his wife about any of this. In fact, he didn’t communicate with either of them for the rest of his time alive. Without Jack’s phone, all the investigators had was video surveillance to track him.

On December 29, at 6 p.m., Jack entered a local pharmacy and asked the people there if they could give him a ride into Wilmington. At 6:42 p.m., he was seen in a parking garage there. He had left his car in the city before he went home for Christmas, so it seemed as if he just wanted it back. However, Jack was entirely in the wrong parking lot. He was blocks away from where he had actually left his car. The footage clearly shows that he was distressed and agitated, looking over his shoulders and into corners every few seconds as if he was scared that somebody would jump out.

Also, Jack was wearing only one shoe, carrying the other in his hand, and repeatedly telling the personnel there that his briefcase was stolen. His family confirmed that Jack was directionally challenged, and his behavior could have been due to his Bipolar disorder. But they also pointed out that he was diligent with his medication, so it wasn’t likely. On the evening of December 30, he was seen in the basement of an office complex in downtown Wilmington. Apparently, he spent the night and part of the day there. He left that place around 8:30 p.m., strangely wearing a hoodie, never to be seen again.

A witness did come forward to state that they shared a cab with Jack at around 11 p.m. that night, which Jack had climbed into after hearing that it was headed to Newark. And since the trash surrounding his body was determined to be from there as well, it is plausible that it happened. Subsequently, all the dumpsters in Newark were examined, and a partial DNA match with Jack from inside one of them was found. But the question still remains as to why Jack was in Newark or a dumpster.

Some theories suggest that he was on the run from something or someone and had decided to climb into the dumpster himself to get some warmth for the night. But the latter part of this gets thrown away when his autopsy and injuries are looked into. Then the theory of mugging comes into play, yet even that seems next to impossible, mainly as Jack had been carefully disposed of, and he still had some cash, his West Point ring, and a Rolex on his being when he was recovered.

The strangest thing, though, was the state of his New Castle home and the evidence found near there. On the morning his body was discovered, his neighbor called the police to report a burglary at his place. He oversaw Jack’s property, so when he noticed that a second-floor window was open, he decided to check it out. When he entered the house, though, he saw that the whole place had been overturned and thrashed, with things scattered on the floor and cutlery broken in the sink, and so he dialed 911.

Investigators soon found Jack’s phone, but it was in the under-construction house across the street, making them think that maybe Jack had set off those smoke bombs. In the end, nothing about who could have possibly wanted to harm Jack in such a way was found. Nevertheless, some people believe that his murder was the direct result of a professional hit job, considering all the evidence, or the lack thereof. (Featured Image Credit: Netflix)