Where Is Katherine Klyce Now? 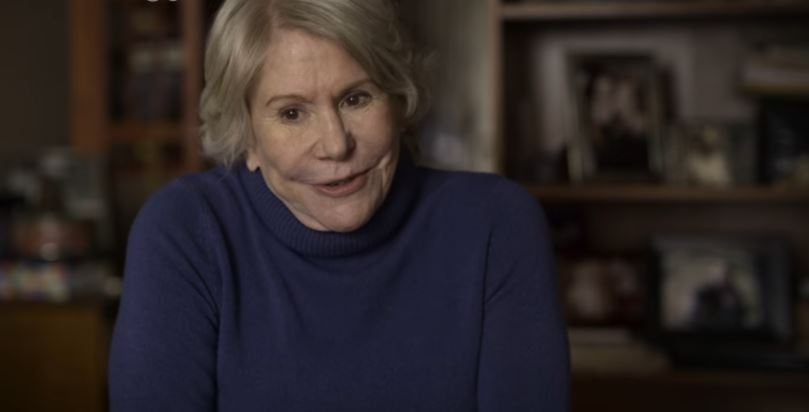 Netflix’s reboot of ‘Unsolved Mysteries’ is back again with another season, and it is just as stimulating as the one before. Kicking off with ‘Washington Insider Murder,’ chronicling the brutal homicide of Jack Wheeler, a former presidential aide, and a soldier through and through, along with its subsequent investigations, in this episode, we see how at least ten different agencies came together to work on this case, to no avail.

Because of his widespread political network and connections, Jack Wheeler’s slaying gained a lot of traction through the years, and yet, no one with any concrete information about it has come forth until now. As the episode goes on, we get to know Jack’s personality as well, thanks to the interview with his wife, Katherine Klyce.

Who Is Katherine Klyce?

Katherine P. Klyce is Jack Wheeler’s second wife. They had both been previously married with a set of twins of their own, but when they met, they just clicked, and soon, they decided to become one big, happy family. Katherine revealed that when they initially started talking, she, for some reason, spoke of ballet and choreographer George Balanchine, to which Jack confessed that he had seen his infamous three-act musical, Jewel. This attracted Katherine even more because not only did she find a man who had every quality of a complete soldier, she also found someone worthy of getting to know.

She loved that Jack was a passionate man who could appreciate different art forms as well. Soon, they fell in love, tied the knot, and spent some wonderful years together. In 2010, when Jack suddenly lost his life, he and Katherine had been blissfully married for about 13 years, with a family home in Harlem, New York, as well as a second house in New Castle, Delaware. That year, Jack came home in time for Christmas – when all their four kids gathered around to spend some quality family time together.

On the morning of December 28, he told Katherine that he had to go to work in Washington. Of course, she was upset about this, and they argued, but she was also used to it, considering how much Jack usually kept on his plate. And so, it was okay, that is, until she called the next day and couldn’t reach him. As time went on, Katherine grew worried, but she could never have imagined that Jack would be murdered in just a day more.

Where Is Katherine Klyce Now?

Katherine Klyce still resides in New York. And from what we can tell, she is doing very well for herself. In 2012, she incorporated a company called Katherine Klyce International, which currently operates in the Greater New York Area as a wholesaler business and deals in fast-moving goods and services. While working as the owner of this organization, she is, apparently, also dealing/investing in real estate and making money from there.

Unfortunately, Katherine isn’t active on any social media platform, so we don’t know much about her daily whereabouts or personal relationships. But what we do know is that she still remembers and loves her late husband and hopes that one day, his killer will be caught and brought to justice, giving her and their family, some much-deserved peace and closure.