Jamie Faith Murder: How Did He Die? Who Killed Him? 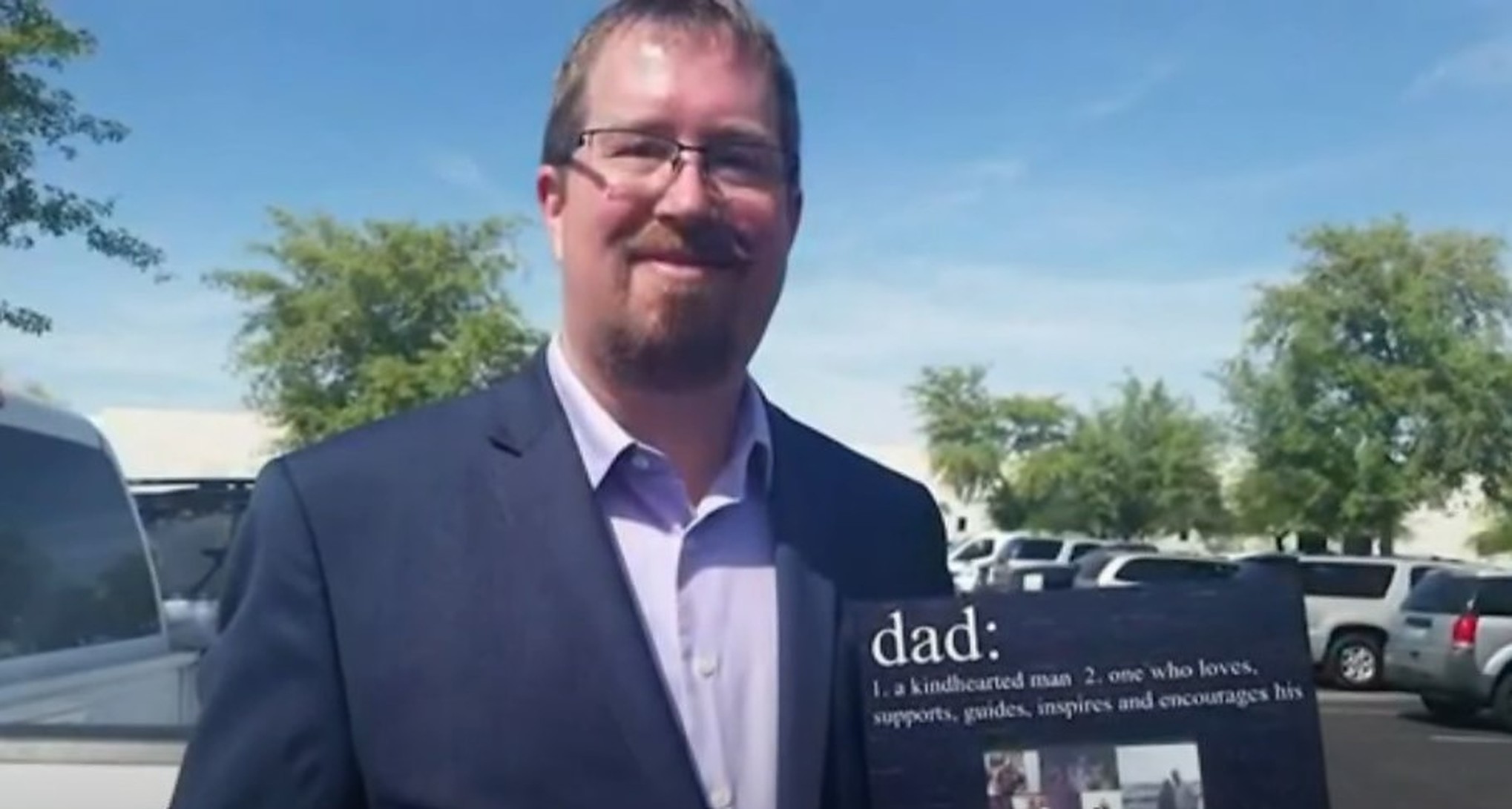 The episode of CBS’ ’48 Hours’ titled ‘The Plot to Kill Jamie Faith’ documents the shocking 2020 murder of the American Airlines executive outside his Dallas home. As the investigation into Jamie Faith’s demise commenced, the events that led to his death and the identities of the ones responsible for it became clearer, leaving everyone baffled—intrigued to know more about this harrowing case? Let’s dig in and find out.

How Did Jamie Faith Die?

At the time of the incident, James “Jamie” Faith was a technology director at American Airlines. The 49-year-old lived in Oak Cliff, Dallas, with his wife Jennifer and dog Maggie. They had met in 2005 on a blind date in Phoenix and tied the knot in 2012 in Las Vegas. The couple celebrated the 15th anniversary of their first date on October 8, 2020. Jennifer, a licensed speech pathologist, has a daughter named Amber from her previous marriage, whom Jamie legally adopted and was deeply attached to.

Jamie was a Wisconsin native who previously worked as a web engineer, after which he was appointed as a senior manager in US Airways in Tucson. In 2017, following Jamie’s promotion, the family relocated from Arizona to Dallas. On the morning of October 9, 2020, Jamie and Jennifer left the house with Maggie around 7:30 am for their usual morning walk. Just as they had crossed the adjacent unoccupied house, an unidentified masked assailant wearing baggy jeans, a blue mask, and a hoodie came up behind them.

The unknown man shot Jamie seven times — thrice in the head, thrice in the chest, and once in the groin — before proceeding to duct-tape Jennifer’s hands and trying to take some of her jewelry. After struggling a bit, he jumped into a black Nissan Titan pickup truck parked nearby and absconded. While Jennifer suffered minor injuries, Jamie died on the spot due to the gunshot wounds caused by a .45 caliber handgun.

After Jamie Faith’s death, the locals in Oak Cliff rushed to a distraught Jennifer’s aid and tried supporting her in all possible ways. Moreover, she appeared on local news and requested her fellow residents to come forward with any leads they had regarding her husband’s murderer. The couple’s neighbor Jennifer Svelan also helped organize a GoFundMe account to raise funds for Jennifer and her daughter and was able to raise over $60,000.

Luckily, a neighbor had managed to click a picture of the assailant’s truck. The sound of the entire scuffle was captured on another neighbor’s security camera on the day of the incident. The truck had a distinctive “T” decal on the back window of the driver’s side, which proved to be crucial evidence for the police. To everyone’s surprise, an examination of Jennifer’s phone revealed that she had been having an emotional affair with a man named Darrin Lopez, who lived in Cumberland Furnace, Tennessee.

Darrin is an army veteran who dated Jennifer in high school and college. He is a person with a disability resulting from a traumatic brain injury while serving in Iraq. Jennifer and Darrin seemingly reconnected in March 2020, which was followed by numerous phone calls between them. Using this information, the police began going through his financial records, and aerial surveillance of his Tennessee property revealed the truck, which matched the description of the murder’s surveillance footage. On January 11, 2021, Darrin was arrested from his home based on the incriminating footage.

Upon further investigation of his house and vehicles, the alleged murder weapon, the mask matching Jennifer’s description of the assailant, and two credit cards in her name were retrieved. Suspecting her involvement in Jamie’s murder, the police began monitoring Jennifer’s interactions closely. Investigation revealed that she had made two fake email accounts in the names of Jamie and a former colleague, and sent emails to Darrin, feigning abuse at the hands of Jamie. She alleged that her husband was abusing her physically and sexually, and used fake stock images and old photos to substantiate her allegations.

As per the officials, Darrin allegedly drove from Tennessee to Dallas to murder Jamie and “protect” Jennifer. Numerous texts and calls were exchanged between them, especially in the 12 days following Jamie’s death, which divulged that she asked Darrin to remove the “T” decal sticker from his truck after the police identified the vehicle in the surveillance. Later, they also coordinated their alibis to give during questioning. In addition, Jennifer initiated a claim with Metropolitan Life Insurance Company, seeking approximately $629,000 in death benefits from Jamie’s employer, a month after his death.

Texts between Jennifer and Darrin explained that they allegedly planned to use this money to buy her a property in Tennessee. Furthermore, she took around $58,000 from the GoFundMe donations over 2 months, which she used to send lavish gifts like a new television and airline tickets to Darrin. As per the show, Jennifer also gave him access to two credit cards in her name. After Darrin’s arrest, Jennifer continued correspondence with him through a third party, who was there in the same prison.

Using all this evidence, Jennifer was arrested on February 24, 2021, and charged with obstruction to justice. Darrin claimed during interrogation that she had asked him to kill Jamie. Therefore, in September, an additional charge of usage of interstate commerce in the commission of murder-for-hire was included in Jennifer’s indictment. Darrin Lopez was charged with the murder of Jamie Faith as well as a gun crime; he pleaded not guilty to both of them.  Meanwhile, Jennifer accepted a plea agreement and pleaded guilty to the murder-for-hire charge on February 7, 2022.