Where Are Jennifer and Marissa Jess From My 600-lb Life Today? 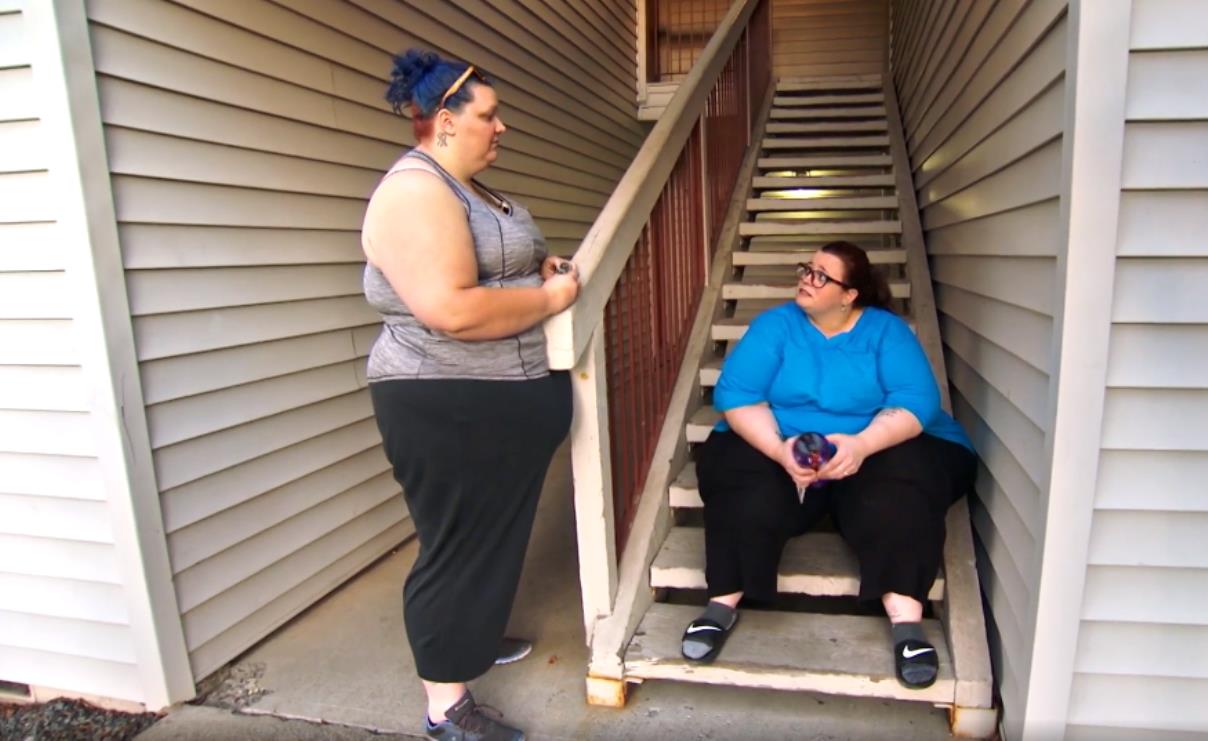 ‘My 600-lb Life’ is a TLC reality television show that follows obese individuals and their year-long dramatic weight loss journey. Each individual that appears on the show has an average weight of about 600 lbs, most of which they need to shed as soon as possible if they want to be healthy and be in control of their own lives. They go through this hard and straining journey in Houston, where they receive the help of Dr. Now, who provides them with a strict diet and exercise plan that they need to follow before they can qualify for the weight loss surgery.

Who Are Jennifer and Marissa Jess and What’s Their Story?

The mother-daughter duo from Oregon were on the sixth season of ‘My 600-lb Life.’ The 42-year-old Jennifer Jess weighed 636 lbs, whereas her daughter, the 26-year-old Marissa Jess, peaked at 573 ponds when they initially went to meet Dr. Now.

When their episode began, Jennifer said, “I’ve gotten so big now that the strain of all that weight on my body makes every part of me ache. It feels like I am carrying five people with me at all times.” And Marissa was worried that she’d end up right where her mother is if she doesn’t change soon.

Both their backstories that ultimately led to their food addiction and weight gain are tragic, to say the least. Jennifer’s problems began when she was just a child. Her father, an addict, left when she was only five, and her stepfather abused and molested her while her mother did nothing to stop him. Jennifer said that she found happiness in food, saying: “Nobody did anything to save me, and I had nowhere to turn, so I turned to food. I just started gorging myself. It was the only thing in my life that I could turn to that made me feel safe and happy.”

She got pregnant with Marissa when she was 16 and married her father. Her husband turned abusive too, and after an affair that led to another pregnancy and giving that baby up for adoption, Jennifer became depressed. She found a boyfriend after she gained enough courage to leave her husband, but he introduced her to drugs. Jennifer’s food and drug addiction made her lose her home, her car, and her children.

Marissa didn’t have an easy childhood, either. Her father made her watch while he hurt Jennifer, and on top of that, she was raped when she was just 14 by someone older. Her experience with this made her turn to food, which made her cross the 300 lb mark by the time she was 18. Marissa had been Jennifer’s caretaker throughout her life, which only made her copy her mother’s coping mechanisms. “I hate that I have to be the responsible one. I feel like I never got to be a kid,” Marissa said.

Where Are Jennifer and Marissa Jess Now?

After living most of their lives with food as their only source of happiness, both Jennifer and Marissa struggled with their diets and exercise plans. However, both of them were determined to turn their lives around and lost the required amount of weight to be approved for the weight loss surgery.

In their year in the program, they lost a combined weight of 442 lbs out of the initial 1200, with Jennifer losing 210 and Marissa shedding 232 lbs. Jennifer also ended up breaking off her relationship with her drug addict boyfriend. They not only lost their weight but also started dealing with their personal and emotional issues as well.

Since they left the program, Jennifer and Marissa have continued their weight loss journey and are still eating well, staying fit and keeping a positive mindset. Marissa is no longer acting as Jennifer’s caretaker and has moved to California, where she has been able to find a job.

Read More: Where is Penny Saeger From My 600-lb Life Now?