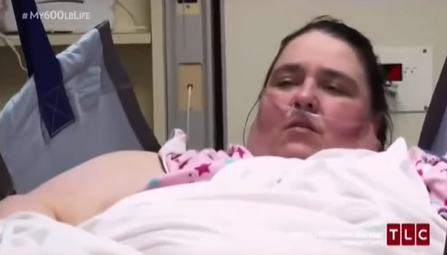 Known as one of the most incorrigible patients of TLC’s hit reality series, Penny Saeger earned a notorious reputation for herself. The 45-year-old woman, belonging to Maryland, was featured on season 2 of the show. Her weight-loss journey on ‘My 600-lb Life’ was filmed over a period of one year. Suffering from innumerable health issues, Penny is one of the NOT so successful stories of the series. She weighed 530 lbs at the starting of the season, and by the end, she stood at 495 lbs. She had lost only 35 lbs under strict monitoring.

Penny had always been a heavy kid. She began to wear plus-sized clothing when she was only nine years old. Having to deal with an alcoholic and abusive father, Penny turned to food for peace and comfort and unknowingly got addicted. Her addiction and binging became more intense with age. She already weighed a staggering 300 lbs at 22 years of age. When she started dating her husband, she gained 150 lbs more. After marriage and while she was pregnant with her son, her weight spiked to 630 lbs, and she became oxygen-dependent. She could never get rid of her baby weight and things just started to get worse from there.

Penny had been bedridden for four years as she became totally immobile. She couldn’t even look after her young son, Liam. Her husband, Edgar, became her full-time caretaker and she had to rely on him for every basic need. From eating food to changing clothes to even asking him to assist her with a bedpan when she needed to use the loo; Edgar had to do it all. Even though he was shown to be a supportive husband on air, he was deeply saddened. He confessed that he didn’t like the fact that he couldn’t go out with her anymore or get close to her. They missed Liam’s school events and achievements, and that made them feel guilty. Edgar also shared that because he couldn’t leave Penny alone for too long, he couldn’t get a full-time job. The only source of income that they could rely on was the money that came from Penny’s disability.

Penny suffered from various serious ailments, yet, she could be seen demanding junk food from her husband. Cookies, cereal, cakes, ice cream, chips, and sodas were some of her favorite things to binge on.

When Penny decided to go to Houston to visit Dr. Now and undergo a risky gastric bypass surgery, an entire team of people, including the local firefighting department, had to transport her to her van. Even then, Penny and Edgar stopped for fast-food enroute.

After Penny got admitted to the hospital, Dr. Now revealed that she had a BMI of 87. She was put on a strict 1200 calorie/day diet, which was very hard for her to adjust to. But under strict rules and measures, she managed to lose about 40 pounds in a month. Soon after, she earned the approval of Dr. Now and underwent the gastric bypass surgery.

But the surgery did more bad than good. Infamous for being lazy and stubborn, Penny did not follow Dr. Now’s post-op advice for weight-loss. She ignored her diet and refused to do any exercise or even get up from the bed. When Dr. Now did a follow-up checkup, he found that she had rather gained 5 pounds extra. He was enraged when he realized that she had been secretly sneaking in food into the hospital and asking for extra meals from the nurses. He explained to her that she had to stop being delusional, and if she didn’t get rid of her food addiction, it would literally be the death of her! Penny left the program soon after.

She featured on the shows’ spin-off ‘My 600-lb Life: Where Are They Now?’ and it didn’t seem that she had made any progress on her own. She insisted that she couldn’t lose weight even after the surgery and was still bound to her bed. It was especially sad for her well-wishers because the money for her surgery was donated by her family, friends, and neighbors.

Dr. Now shared that the surgery alone won’t help and that she had to work for it. He explained that she has convinced herself to be permanently disabled and is not willing to make any positive lifestyle changes. Dr. Now even sent a physical therapist to her home, but she refused to cooperate. Edgar didn’t motivate her and Liam too lied for her mother. Dr. Now confessed that at this rate, she wouldn’t be able to regain her mobility.

Where is Penny Saeger Now?

Penny and her family had come across as extremely manipulative on the show. It seemed like they did not take the process seriously and were often seen making fun of the doctors. So from the looks of it, it doesn’t seem like anything would have changed at all. Their lethargic attitude made it evident that they were willing to change little to nothing about their lifestyle.

A few months back, reports of her death started surfacing on social media. The producers of the show told the media that she was very much alive and it was all just rumors.

Penny is currently inactive on social media and so is her husband. Her Instagram page is outdated, Twitter account is locked, and the only pictures she uploads on Facebook are of her son. She recently posted a picture of her family on Christmas. The picture shows Edgar looking a little old, and Liam all grown up and happy. 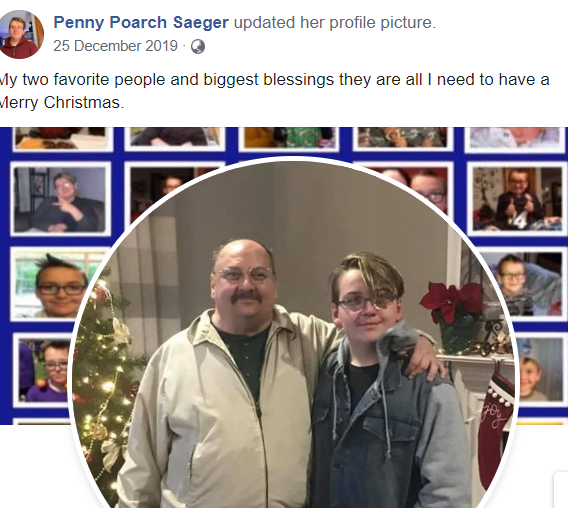