Is Jenny McCarthy Married? Does She Have Children? 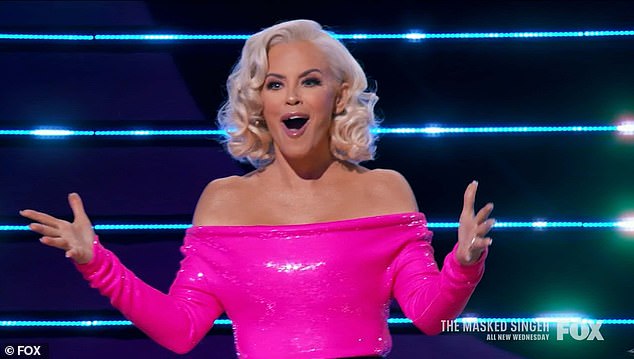 Starting her journey as a Covergirl of a magazine, Jenny McCarthy has earned a much-deserved spot as one of the panelists on Fox’s musical competition ‘The Masked Singer’ in 2020. The popular American actress, model, and TV presenter has actively campaigned as a supporter of the anti-vaccine movement since her 3-year-old son was diagnosed with autism. Though her views are met with strong disapproval, she continues to uphold and propagate them by writing books and promoting research in this field. Fortunately, she has not been alone in her fight as her husband, Donnie Wahlberg, has always supported her. But who is the man that made McCarthy lucky in love? Here is everything we found out about the beautiful couple!

McCarthy had always felt like an outsider during her schooling days. So, she worked tirelessly to enter the A-List Inner Circle of Hollywood. She was raised in a family of wage earners and felt a dire need to achieve success and fame from an early age. To fulfill her dreams, Jenny applied for the cover girl of ‘Playboy’ magazine and luckily got selected out of 10,000 applicants. In 1993, her “wholesome Catholic girl” persona ushered the 21-year-old into the world of glamour and glitz.

To make the most out of her newfound public attention, Jenny moved to Los Angeles and began her career as a model and co-host of a dating show titled ‘Singled Out.’ The struggling actor got her first big break in a comedy movie ‘BASEketball.’ However, her acting career got the boost it needed, after she signed a decade-long contract with ABC as a correspondent on ‘Dick Clark’s New Year’s Rockin’ Eve’ (NYRE).

The famous television personality started seeing the American actor, film director, and screenwriter, John Mallory Asher, in 1998. After dating for almost a year, the couple got engaged in January and tied the knot on September 11, 1999. Not much is known about how they first met each other, but after their divorce in 2005, McCarthy bravely opened up about her “four years of excruciating, verbal abuse.” She experienced a healthy release after parting ways from her allegedly “manipulative” husband. She had a baby boy with him during their marriage.

The former Playboy model met Jim Carrey, a world-renowned Canadian-American actor, and comedy in 2005. They got famous as the perfect Hollywood couple and were seen together at all the red carpet events and social gatherings. On April 2, 2008, McCarthy declared on The Ellen DeGeneres Show that she was immensely happy with Jim. He had even started treating her son as his own. After seeing each other for three years, the two began to live together but had no plans to get married. Shockingly, in April 2010, the pair mutually decided to part ways as the love between them faded over time. It is also speculated that Carrey’s battle with depression cost him the relationship.

Jenny McCarthy was terrified to raise her son as a single mother, but destiny took care of that for her. Luckily, Jenny found the love of her life in 2013 when she interviewed her now-husband, Donnie Wahlberg, on her VH1 program ‘The Jenny McCarthy Show.’ The two had fantastic chemistry since they first met as they could hardly restrain themselves from flirting back and forth.

In July of the same year, Jenny and Donnie publicly announced their “committed” status. Jenny happily told the world in 2014 through the ABC’s talk show ‘The View’ that she was engaged to this American singer and film producer. After a relatively short courtship period, the pair got married on August 31, 2014. Jenny and Donnie are notoriously famous for frequently indulging in PDA. But the two, self-admittedly, cannot get enough of each other even after being married for over six years.

The couple does not have children of their own, but both are parents from their respective previous marriages. Wahlberg has two sons, Xavier and Elijah, born in 1993 and 2001, respectively. His boys have chosen to stay out of the limelight, so any details about their lives are hidden from the public.

Jenny is a mother to Evan Joesph Asher, born in May 2002. He was diagnosed with Autism at the tender age of three. It broke her heart into a million pieces to see her baby having seizures and struggling to talk or even make eye contact. But she regained her faith when he started showing marked improvement under the excellent treatment provided by the University of California, Los Angeles (UCLA). The author of ‘Louder Than Words’ blames the vaccines he received as an infant for the illness, but her claims have been unsubstantiated by science and medicine. In the face of all criticism, McCarthy has maintained her position as an autism spokesperson.