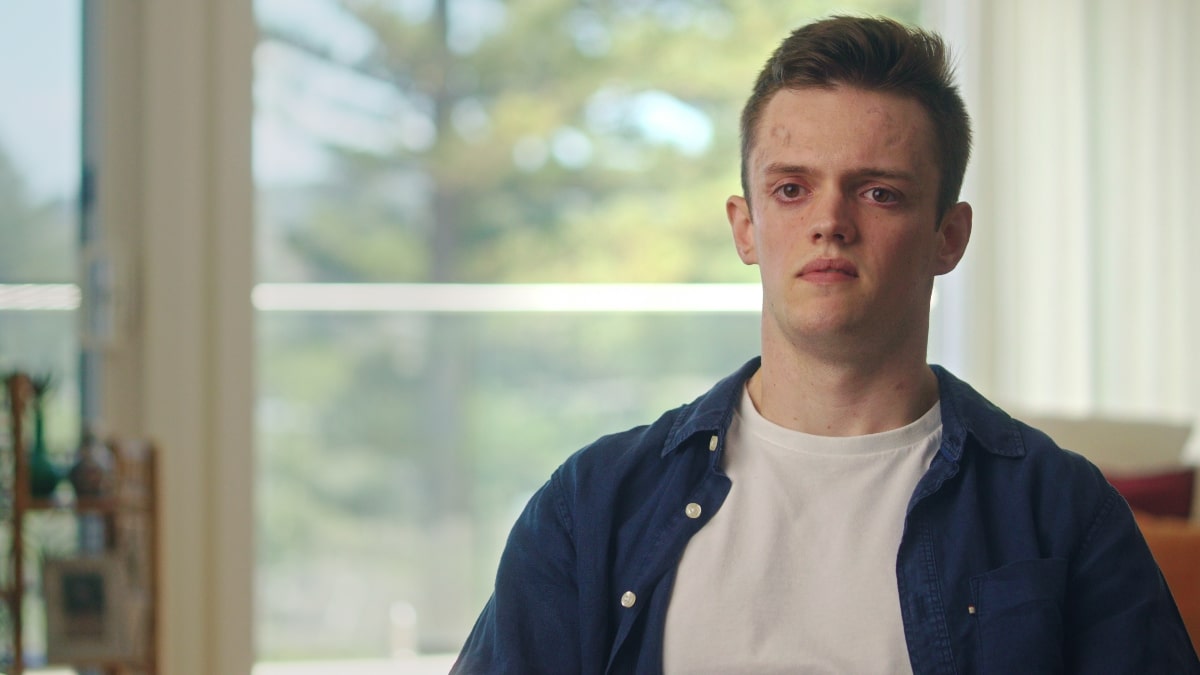 With Netflix’s ‘The Volcano: Rescue From Whakaari’ living up to its title in every way imaginable, we get a deep insight into the vicious December 9, 2019 tragedy that claimed a total of 22 lives. The active strato-volcano of remote Whakaari/White Island, New Zealand, was actually a popular tourist spot at the time, yet no one ever expected all its risks would suddenly come into existence. Amongst them was adventure seeker Jesse Langford, only to now understand the ordeal better than anybody else — so if you wish to learn more about this lucky survivor, we’ve got you covered.

Who is Jesse Langford?

A native of Sydney, Australia, Jesse admittedly developed a keen interest in anything daring and adrenaline-pumping at a relatively early age, right alongside his two years younger sister Winona. Whether it be jumping off the Aukland Tower, experiencing black water rafting, or trying out any other outdoor activity that posed a similar undeniable yet enjoyable danger, the duo indeed loved it all. Therefore, when their parents brought up the idea of going on a 16-day cruise to New Zealand, with different excursions onto the mainland nearly every day, they jumped at the opportunity. 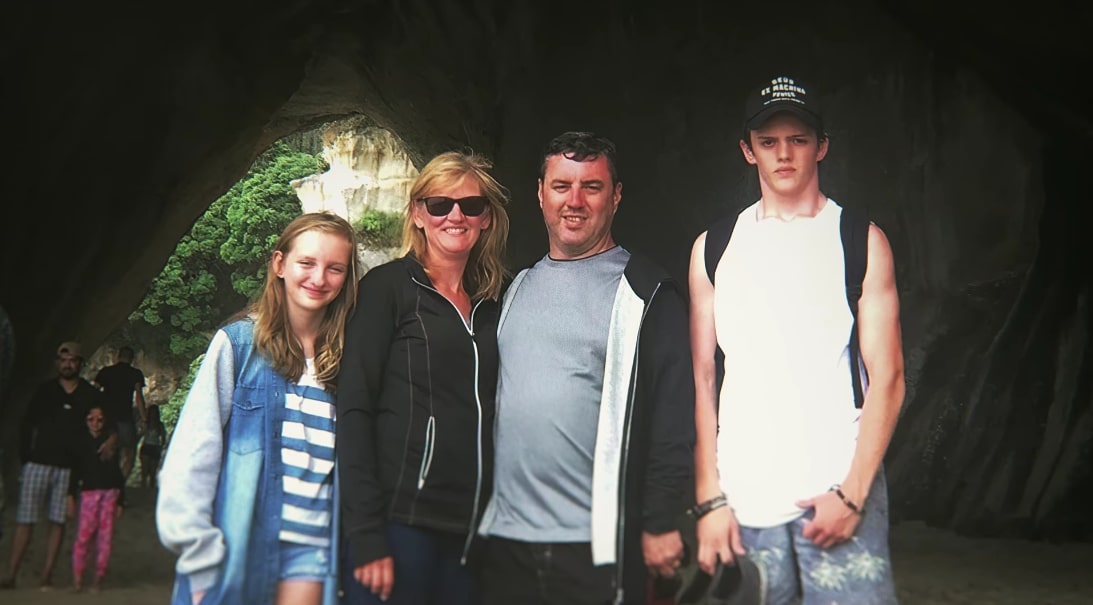 On December 9, 2019, the Langfords thus chose to undertake a day trip to Whakaari Island (or White Island), an 800-acre active cone volcano located around 30 miles off the coast of Whakatāne. They actually got to take pictures of the steaming crater, pose in front of it, and watch as it spurted up gas as well as ash in a mere 2-3 minutes before it was time for them to make their way back. However, the moment their entire group stepped away, a small bloom of black smoke exploded, followed by nothing but hot ash, burning mist, and wild rocks descending across the island.

Jesse was in the middle of the company with his parents, 51-year-old Anthony and 46-year-old Kristine, while 17-year-old Winona was in the front, yet the spacing didn’t really make a difference. They all tried to run from the blast, but the then-19-year-old University of Technology student is the sole survivor from this family — unfortunately, his sister’s remains have never even been found. He’d reportedly realized he couldn’t shake off the deadly smoke, driving him to try and quickly take shelter behind a large boulder, only to be struck by a massive rock before he could make it. 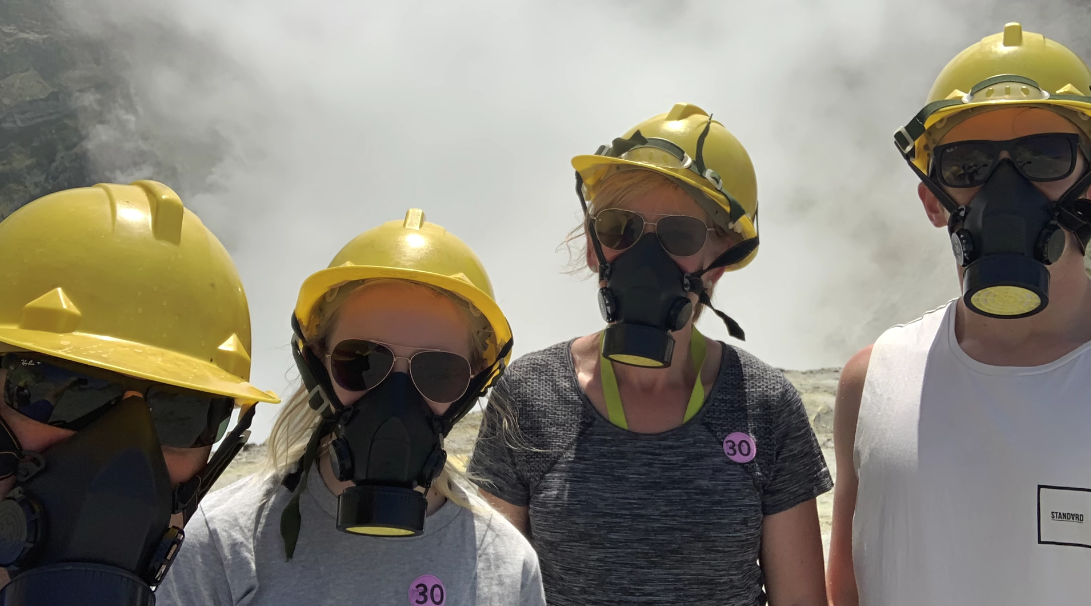 “I ended up curling up into the fetal position, trying to protect my face and trying to hold my breath to keep from breathing in the steam,” Jesse exclusively told People in December 2022. Then, following what felt like an eternity (in reality, 2 minutes), the eruption’s ceasement allowed him to rise, just to find his father barely breathing as he struggled with his gas mask and his mother completely unresponsive. He hence helped the former out before sitting down near the crater again, rocking back and forth in an attempt to ease his mind, his nerves, as well as the countless cuts and gashes covering his body.

That’s when Jesse recognized if he didn’t find help soon, it’d be too late for everybody — “So I told myself, ‘If this is the last thing I’m gonna do, I can’t sit here. I’ve got to suck it up and try my best to walk and find help.'” He thus made his way down through a complete haze, but once he found a tour guide who could help, the latter insisted they should return to the mainland because of the teen’s own extensive injuries. Thankfully, a few commercial helicopter pilots had already bravely volunteered to rescue the remaining survivors, including his father, who sadly succumbed to his injuries in the hospital.

Where is Jesse Langford Now?

Jesse actually suffered severe burns to over 70% of his body, leading doctors to make it clear he’d have to spend at least a year bedridden in the hospital for recovery, but he was tenacious. He was out of around-the-clock care within three months, underwent 18 surgeries to regain movement in nearly every part of his body, and then began training to grow stronger. The truth is the loss of his family does hang over his head like a dark cloud, yet the fact he has his loving grandfather by his side has given him the drive to keep moving forward and even continue embarking on new adventures.

From what we can tell, Jesse continues to reside around New South Wales, Australia, and he’s determined not to let the past or his injuries define any aspect of who he really is. In fact, the 22-year-old is focusing on the positive side of this community-binding ordeal by serving as a mentor for the SHARE Burns Peer Support Program to help others recovering from severe burns.

As if that’s not enough, Jesse recently graduated from nursing school as well, meaning he’s now looking forward to building caring, kind, strong relationships with patients through a career in the medical field. “I’ve spent the past three years focused on rebuilding myself to be stronger, completing my degree and moving on in life,” he told People, “Sitting around and feeling sorry for myself isn’t going to get me anywhere or benefit anyone.”