Who is Jesse McCartney’s Girlfriend? Is He Married? 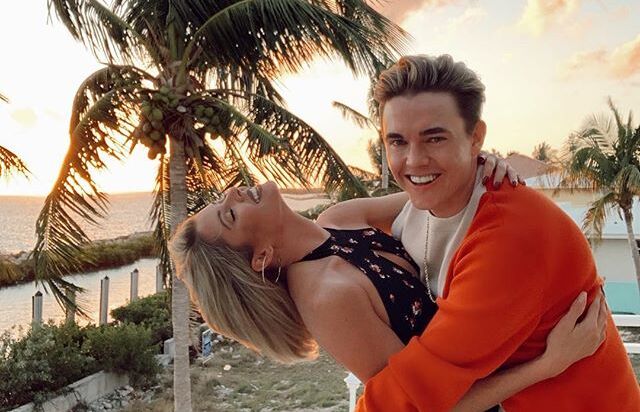 The “Beautiful Soul” singer Jesse McCartney has been active in the entertainment industry since the late 1990s. By making his debut on ‘All My Children’ as JR Chandler followed by being in the pop boy band Dream Street in 1999, he turned into a heartthrob for teenage girls all around. After leaving the band in 2002, Jesse started a solo career as a musician and even dabbled in acting. If you’re here because you’re curious and wondering about his personal life, don’t worry, we have all the details for you. Just keep on reading!

Born April 9, 1987, in Ardsley, Westchester, New York, Jesse McCartney is the eldest of the three kids of Ginger and Scott McCartney. He has a younger brother named Timothy McCartney and a younger sister called Lea Joyce McCartney. Not only did Jesse’s family support him in all his creative endeavors, but they also encouraged it. In fact, with the help of his parents, he had begun performing in the local community musicals when he was just seven years old.

Although Jesse isn’t married yet, he has been in a relationship with actress Katie Peterson for almost eight years now! And in September of 2019, he even got down on one knee to propose to her and finally ask her to marry him. When announcing their engagement on Instagram, Jesse posted an image of him and Katie sharing a sweet kiss and then one of Katie showing off the ring with the captions, “Locked it up. ?” and “Katie McCartney has a nice ? to it” respectively.

In an interview with People, Jesse revealed that even though it’s been hard for the couple to plan their wedding due to the coronavirus pandemic, they were able to get some things out of the way before the quarantine began and have already decided on a beautiful venue that’ll be available for their Spring 2021 wedding.

“It would be nice to be able to go do things, go to bakeries and go to restaurants and try foods,” he said when asked about the planning. “I’m sure she wants to try on a dress. At the moment, we’re at a standstill because the whole world is shut down.”

However, the couple hasn’t let the health crisis break down their spirits. On their social media accounts, they have been releasing hilariously silly skits under the title “The Quarantined Couple,” where they show what activities a couple can indulge in while they are locked in their home to keep themselves entertained. Together in their Los Angeles home, it doesn’t look like anything in the world can tear Jesse and Katie apart.

Jesse McCartney doesn’t have any kids as of yet. Even though he has been in a long term relationship with Katie, the couple don’t seem to be in a hurry to start a family. However, they are acting parents, as they have been raising and taking care of Bailey, an adorable dog, ever since they have gotten together.

On mother’s day this year, Katie even uploaded the following picture with her wearing a shirt that said Dog Mom on her Instagram profile, and she captioned it: “WOW! What a blessing being a mom is.. I never knew love til I had you 11 years ago. Thank god for coffee, right moms? ? #MomLife #DogMom ?”