Who is Jill Dudley? 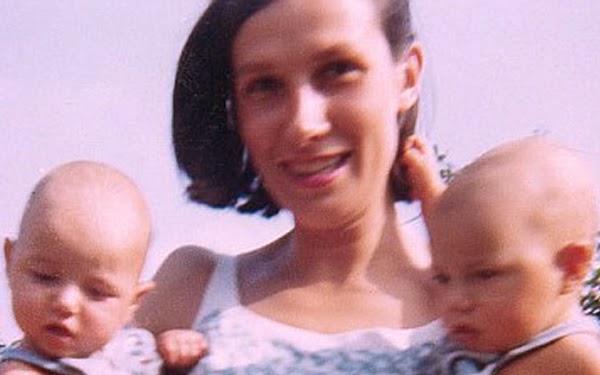 ‘Tell Me Who I Am’ is Ed Perkins’ Netflix documentary based on the book of the same name by Alex and Marcus Lewis. The harrowing tale narrates how Alex loses his memory, while Marcus helps him get back on his feet, telling him about his past. However, the dark secret that both boys had been sexually abused as kids, lurks in the background and threatens to destroy Alex’s sense of identity once again. Towards the end of the story, we finally see the brothers making peace with their trauma and deciding not to let it shape their lives. The most impactful part is that the story is absolutely true.

As Alex and Marcus narrate the story of their lives, the looming figure that casts a shadow on their memories, and subsequently their very identities, is that of their mother. Mothers are very important figures in our lives, shaping how we turn out to be. When Alex recovers consciousness after the bike accident, the person he sees right after Marcus is his mother, who is hysterical because Alex is unable to recognize her. In the following days, she expresses hurt because she cannot believe her own son is not able to recollect who she is.

Alex goes on to grow close to his mother and even comes to care for her, but Marcus remains distant. The reason is explained after her death when we get to know that their mother was a pedophile who molested them and forced the twins to ‘touch’ and ‘play with’ each other. She also passed the twins to other friends of hers, who would also molested them. Despite her monstrosity coming to light, not much else is told about her. We know she liked to hoard presents, had a cupboard full of sex toys and had letters from passionate lovers who were prominent people. Alex desperately tries to understand who his mother is when he gets to know of the sexual abuse. However, ‘Tell Me Who I Am’ does not give us many details regarding the same. Understandably, viewers might have questions of their own, so we are here to tell you about Jill Dudley, Alex, and Marcus Lewis’ mother.

By all accounts and photographs, Jill Dudley seems to present the image of a contented upper class housewife and mother, in the sixties. Marcus also hints at the possibility of her being a descendant of aristocrats, which might explain her high-profile friends. Jill has idyllic pictures with the twins in each arm. They seem to be happy, growing up comfortably in their Elizabethan mansion in Sussex.

However, the pictures happen to hide a disturbing truth. Born in 1931, Jill was a debutante (an upper-class woman entering the fashionable society). Distantly related to post-war Prime Minister Clement Attlee, Jill married John Lewis, the biological father of Alex and Marcus. However, John died of a car accident soon after the boys were born. Disconcerting reports have revealed that John was grappling with Jill’s revelation that he might not be the biological father of the kids.

In fact, Jill’s uninhibited and voracious sexual appetite led her to have several dalliances despite being married. Jill’s own brother was forced to warn John about her infidelity. Her desire to embark on sexual adventures was such, that after John’s death, she left Alex and Marcus at a children’s home for a year before being shamed by her relatives into taking them back. Eventually, she got married again, this time to Jack Dudley, an accountant. Jack, a fearsome man, and twenty years senior to Jill became the stepfather to the boys. Jill was his fourth wife and they had two children together, Oliver and Amanda. Although Jack treated Alex and Marcus coldly, never being present for them, even after Alex’s accident, it was at Jill’s hands that they faced the worst experiences.

Was Jill a Pedophile or a Sexual Deviant? Possibly both!

In ‘Tell Me Who I Am’, Marcus mentions to Alex that their parents might have had aristocratic ties, which would explain the many parties at their home. Despite most of the aristocracy losing a lot of their influence, and properties like country homes, after the Second World War, many of them managed to hold on to personal wealth. That might explain Jill’s habit of hoarding wealth. After she passed away, the twins discovered money hidden in jars or sewn into the curtains. The monetary gifts she received ultimately amounted to millions. She boasted of being friends with countesses but could be seen dressing in clothes from the charity shop. She had her own vintage stall at the Portobello market in London. Overall, the boys remember her as a flamboyant, eccentric, noisy and dramatic woman, who had large hands and feet (size 10 feet). More horrifically, Jill’s fun-loving attitude made her popular among children.

While it is entirely possible that Jill’s aristocratic background helped her become friends with several prominent people including notable artists, there is also a possibility that she met them due to the bohemian lifestyle she inhabited, not to mention sharing deviant sexual preferences. Despite coming from a strict, conservative background, and having a conventional upbringing, Jill embraced the Swinging Sixties and the sexual revolution that it brought.

Soon enough, everything in her life was highly sexualized. It would be interesting to note here, that she comes from the same generation as Jimmy Savile and Stuart Hall. The former is a British media personality accused of sexually abusing prepubescent girls and boys, while the latter used to be a television and radio broadcaster who conditioned two young girls to face years of sexual abuse in his hands. Perhaps, she belonged to a society that was so changed by the sexual revolution that young people were seen as subjects to be exploited.

Alex and Marcus’ sexual abuse in Jill’s hands was sporadic but she never showed any trace of realizing the trauma she was inflicting. As a person accustomed to living without boundaries, perhaps she did not feel she was doing anything wrong. Even worse, she would let her friends molest her children, one at a time, leaving them to spend the night elsewhere, and picking up the kids the next morning. Marcus believes that their stepfather did not know what was going on, else he would have stopped it. However, Jill knew exactly what she was doing when she dropped the twins off at her friends’ places. She was not naive, but devious and clever. Marcus and Alex’s abuse went on till they were 14 and then stopped when Marcus put his foot down.

Jill Dudley got away with it, passing away of a brain tumor at the age of 64, in 1995. ‘Tell Me Who I Am’ is an attempt to bring her to some degree of accountability, posthumously, while helping her sons Alex and Marcus cope with the trauma and move on with their lives.

Read More: Where Are Marcus and Alex Lewis Now?