JoAnn Matouk Romain’s Death: How Did She Die? Who Killed Her? 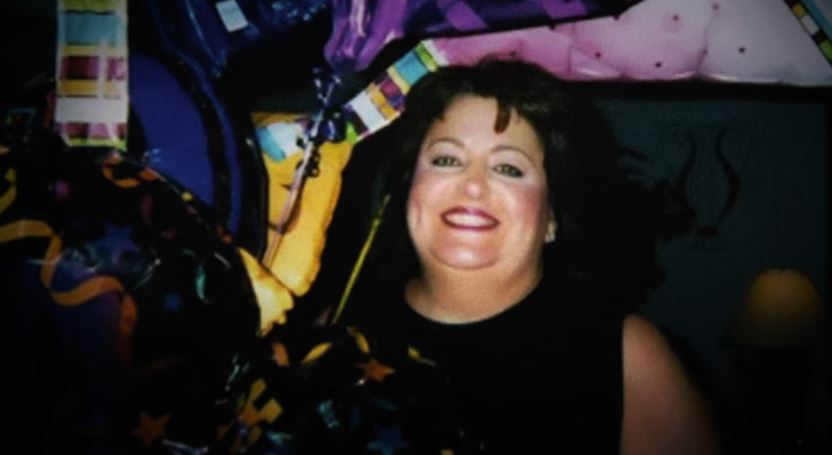 Netflix’s ‘Unsolved Mysteries Volume 2: Lady in the Lake’ chronicles the mystery that has enveloped the Metro Detroit communities or Grosse Pointe Farms, Michigan, for more than a decade now: The death of JoAnn Matouk Romain. By interviewing JoAnn’s family and friends and taking a closer look at her last few days and weeks alive, the episode highlights the strange circumstances surrounding her death and how that could mean that her passing was not from suicide, as the police claim it to be. But if it was murder, the question then arises of who would want to harm her in such a way, and why? Curious to know all the details? We have got you covered.

How Did JoAnn Romain Die?

On the night of January 12, 2010, JoAnn Matouk Romain’s car, a Lexus, was found abandoned by three police officers at a one-way road adjacent to the St. Paul Catholic Church, which is about a 100 feet from Lake St. Clair. Her designer purse, with money still inside, was sitting on the passenger seat, but there were no signs of life anywhere near the area. The 55-year-old was living with her children, two daughters, and a son, on Morningside Drive at the time.

After officers came to their home, at around 9:30 p.m., to ask if JoAnn was missing, her daughters, who were the ones awake at the time, frantically began calling their mom’s phone, only to realize that they were unable to reach her. The last they knew, JoAnn had gone to the church to attend a 7 p.m. prayer service, which should have only lasted for about 15-20 minutes. When they realized that their mother could be in trouble, they decided against police advice and headed to St. Paul to see what was going on. Once there, they were greeted with bright lights, cop cars, helicopters, and a full-fledged crime scene. There was an ongoing search for a missing person who was never reported missing.

That same night they were told that their mother was in the water of Lake St. Clair and that it looked like she walked in there herself. After all, there were prints on the snow on the embankment that suggested the same. For days, the partially frozen water, which was a foot or two deep, to begin with, was searched, with family, friends, divers, and the coast guard contributing as well, but to no avail. And even though there was no current, they found no sign of JoAnn in the lake. It was only 70 days later, on March 20, that JoAnn Matouk Romain’s body was discovered on Boblo Island, Amherstburg, Ontario, Canada, about 35 miles from where she allegedly entered the water.

Her clothes were covered in grey-brown algae, indicating that she had been there for quite some time. According to her autopsy report, JoAnn’s body was at the advanced stage of decomposition, meaning that her exact time of death could not be determined. Her cause of death, though, was stated to be from freshwater drowning. But with no water in her lungs, it could be possible that she was dead long before she entered the lake. JoAnn’s manner of death, on the other hand, was ruled undetermined. We should also mention that there were two bruises on her left upper arm, assumed to be procured by her just shortly before her passing.

To this day, the police believe that JoAnn died from suicide, but her family thinks that foul play was involved, especially as they have discovered some information that seems very out of the ordinary. For starters, JoAnn was wearing high heels on the night she disappeared, so if she did walk through a snowy area and crossed some rocks to crouch her way down the two seawalls and enter the lake, how were her heels in perfect condition when her body was found?

Also, time-stamped Coast Guard records show that they received a phone call requesting a search for JoAnn Romain at 9:30 p.m. that night, but the police didn’t run the LEIN check that kicked off the investigation until a half-hour later. And what’s more, there was no hole in the partially frozen water from where the investigators suggested that JoAnn entered into the lake. JoAnn had no history of mental illnesses, she wasn’t depressed, and she had a good life, so why would she want to kill herself?

The other strange things, in this case, are the facts that JoAnn filled her car up with gas on the way to the church (why would she so that if she planned on killing herself just a short while later?) and that the prints on the snow didn’t match those of a petite woman wearing heels. Witnesses report also clarifies that JoAnn attended the prayer service and walked out of there alive and well. But around that same time, a car alarm did go off. According to the last person to leave the church, the lot was empty when they left, indicating that JoAnn’s Lexus was moved back to the area after some time.

The worst part, though, is that JoAnn’s purse, which she carried on her left arm, was torn as well, but due to the rips not being on the strap, the investigators didn’t deem it necessary to fingerprint. All this does indicate that JoAnn was abducted by another party and then harmed, especially when you uncover that she was worried about her safety in the weeks preceding her death. JoAnn’s eldest child, Michelle, told investigators that her mother was becoming increasingly paranoid during the last few months.

She added that JoAnn was always looking over her shoulder, believing that she was being followed and that her phone had been tapped. She also stated that JoAnn was so worried about someone entering their home without their knowledge that she even changed the locks of their front door. And as if all this isn’t enough to indicate that something was wrong, JoAnn’s phone records show that the week before she disappeared, she called a security company to look into the possibility of hiring an investigator. But alas, because of the lack of actual evidence, the reality of her passing remains a baffling mystery.