Is Joel McHale Married? Does He Have Children? 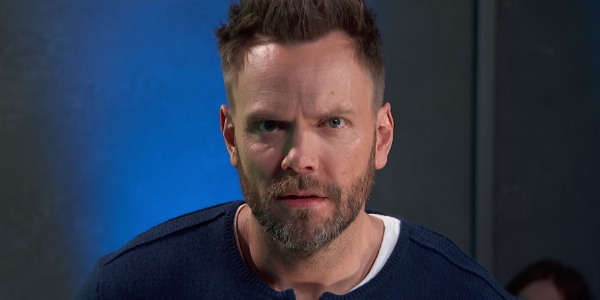 Joel Edward McHale is an American actor, comedian, and TV host who rose to fame after his impeccable performance as Jeff Winger in ‘Community.’ His incredible comic timing was recognized after he thoroughly entertained his audience by providing satirical commentary as the host of ‘The Soup’ from 2004-2015. The artist also received a Primetime Emmy nomination for his recital, though the show has now returned with a new host, Jade Catta-Preta. Joel’s gig on the Netflix special ‘The Tiger King and I’ has put him on the map with other ultra-successful comedians in the industry.

But before this opportunity fell in his lap, the comic had procured quite a reputation from his multiple short-time appearances in TV shows like ‘Diagnosis: Murder,’ ‘CSI: Miami,’ and ‘Will & Grace.’ He had successfully kept the intimate details of his married life wrapped up. But his adorable love story came under the radar after he hosted the People’s Choice Awards in 2017 and his charming wife came along as his date for the gala. The two seldom speak about each other publicly, but here is everything we know!

The ‘Community’ star was born to a Canadian mother and an American father, who worked as a Dean of Students at Loyola’s University all his life. Joel had no interest in the academic background of his family and had artistic inclinations early on. He even had to repeat several grades and got labeled as a slow starter. At a later stage in life, his mediocre performance was diagnosed as dyslexia, a learning disorder, which accentuated the difficulties in reading the teleprompter while shooting for E!’s popular sitcom ‘The Soup.’

Luckily for him, sports gave him the confidence he needed after joining the Washington Huskies football team. But his passion for performing arts remained fixed in his mind. To pursue the acting career professionally, he participated in ‘Almost Live!,’ a local sketch comedy TV show. The Roman native became a member of an improv comedy group and eventually received an MFA from the Professional Actors Training Program at the University of Washington. Though Joel McHale keeps his personal life brushed under the carpet, he recently shared a despairing detail on Dax Shepard’s podcast “Armchair Expert.” Let us find out more about it!

The 48-year-old actor met his one true love, Sarah Williams, in 1995. Joel had just received his bachelor’s degree in history when he fell in love-at-first-sight with his now-wife. He instantaneously approached her friend for a ‘green’ flag and went ahead with asking her out despite the “fat chance” he had with the gorgeous lady. The two formed a close friendship before getting romantically involved and marrying each other on July 20, 1996. The newlyweds welcomed their first son, Edward Roy McHale, a year after tying the knot. Roughly three years later, Joel and his wife became parents to their second son, Isaac.

Despite their personal equation showing no sign of cracks, the two have woefully been subject to several hardships as parents. Shortly after having Edward, they were informed that the infant would have to undergo a couple of open-heart surgeries due to two big holes in his heart. The horrible mischance left them shook, but luckily, his son made a speedy recovery post-treatment and is in the pink of health now. Another unfortunate occurrence that Joel spoke about on the podcast has been their kids’ diagnosis of dyslexia, but the brave souls have not let it bow them down.

As a married couple, Joel and Sarah also went through a traumatizing miscarriage but did not let it impact their relationship. Without spilling the beans about the specific details, the comedian credits the television doctor, Dr. Drew Pinsky, for taking them out of the dark phase. If the social media accounts are any indicator, they are going strong as ever. The one big happy family currently lives at Hollywood Hills, California.

Read More: What is Joel McHale’s Net Worth?