Where Is June McCamey From My 600-lb Life Today? 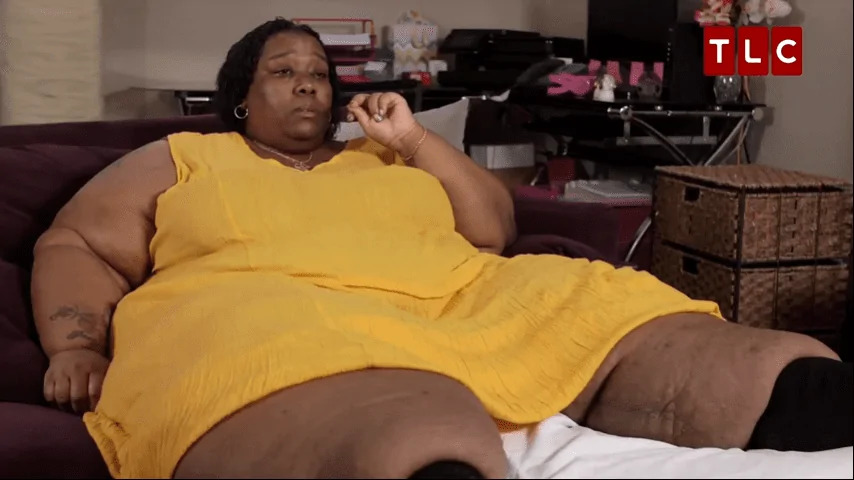 TLC’s viewers have been watching people go through amazing transformations on ‘My 600-lb Life’ since 2012. Each season of the series follows new obese individuals as they try to lose weight, and it shows us every aspect of their struggles, so its only natural that fans get invested in their lives on a personal level. The individuals who are featured on the show seek the professional help of Dr. Now and his weight loss program in Houston, Texas, to ensure that they can actually shed weight and turn their lives around. And, June McCamey of season 4 is one such individual.

We were first introduced to June in 2016 when she made her debut on television in season 4 of the hit series. Weighing 590 lbs, the 43-year-old Houston, Texas native, was actually the lightest subject of the season. Because of her heavy frame, the mother of four was completely dependant on her children and her closed ones to take care of her.

June’s ballooning up to such an extent was the result of her overeating as a form of a coping mechanism. When she lost her son, Mack, to gun violence, she couldn’t help but deal with her grief with food. She turned to food whenever she felt upset or sad because that was the only thing that brought her joy and made her forget the bad things in her life, even if it was just for a little while.

But, when she realized that her way of life might take her away from her other children, she decided to seek help and start living healthier. Determined to make a change, she stuck to the diet plans and exercises given to her and started shedding weight immediately. She got her weight-loss assist surgery as well. During her time in Dr. Now’s program, June lost more than 200 lbs, and for the first time in several years was in the 300s.

However, because she wanted to make further progress on her physical appearance, she started butting heads with Dr. Now regarding the excess skin removal surgery. While he said that she needed to lose more weight before she could qualify for it, June felt like he was too stringent in his requirements. By the end of her first episode, her massive weight loss and physical transformation had made her a success story.

Where Is June McCamey Now?

Over the years, June has been continuing with her weight loss journey. She has had a lot of troubles in her life, yes, but she has managed to overcome her demons and focus on herself and her family. In her 2017 follow-up episode, it was revealed that she lost her 17 -year-old son, Kenneth as well, and even though we can’t even begin to imagine what that was like for her, she herself said that going to therapy to deal with her loss and keeping a positive mindset has helped her a lot. By the end of that episode, she got approval for her second excess skin removal surgery.

Two years after that, in 2019, June featured on another follow-up episode, and in it, she got married to her long time girlfriend, Mary Washington, in Arkansas. Her weight at the time was just 221 lbs. “It’s been a long process,” she said. “But now that I’m here, words can’t even come close to describing how happy I am.” Now, she a happily married woman, enjoying living her life without any restrictions and complications. According to her Facebook, she got married on November 1, 2017, and is currently living in Seabrook, Texas, with her wife and family.

Read More: Where Is Holly Hager From My 600-lb Life Now?