Just the Cheese on Shark Tank: Everything We Know 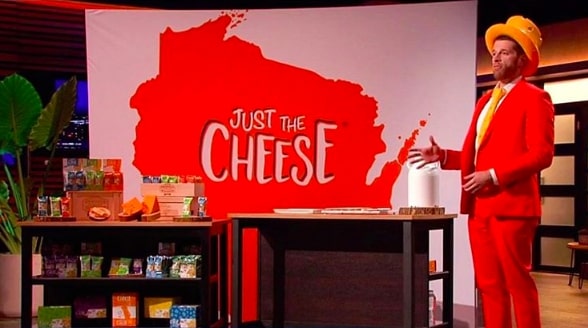 ‘Shark Tank‘ on ABC has provided a platform for many entrepreneurs to make business pitches that have led them to get a better understanding regarding the scope of their business. This is made possible by a group of highly efficient team of panelists like Barbara Corcoran, Kevin O’Leary, and others who are the world’s top tier business investors.

The show, which is both a short cut to find real-time investors and a means to give your brand some fame, has an extensive viewership since 2009. At the end of the investors, too, they get a lead on innovative businesses they can invest in. This is perhaps the reason why many of the panelists have remained in the show for years.

Just the Cheese: Who Are They?

‘Just the Cheese’ was founded by David Scharfman, who comes from a family acquainted with the process of making cheese since his dad is a cheesemaker in Wisconsin. The idea for ‘Just the Cheese’ came to David when he was just ten years old. He was always curious about why one couldn’t have the fried cheese at the edges of a grilled cheese sandwich as it is. His father, Paul, entertained this idea by working with his team to come up with crispy cheese snacks that were quite the craze until it eventually ebbed away. David, on his website, is very appreciative of the first ‘Just the Cheese’ team, who made his current product a success.

Many years later, when David and his wife ate a similar cheese snack from a local store, David knew right away that his dad’s cheese snacks were way better. Inspired with the idea that would change his life, he soon quit his consulting job and went back with his wife, Connie, to Wisconsin, to pursue this dream. After many delegations with his father, David re-launched the ‘Just the Cheese’ from his childhood.

Just the Cheese: What Do They Do?

David and his wife run the business by making cheese snacks out of real cheese made in their family-owned cheese factory in Reeseville in Wisconsin. The product comes in a variety of flavors ranging from garlic and chive; jalapeño cheese, Wisconsin cheddar, grilled cheese, mild cheddar, etc. The snacks declare itself to be zero trans fat and gluten-free. It also mentions the calories per bar. This information helps to balance the intake of an indulgent snack, keeping one’s health and cravings in mind. The prices of these snacks range from $ 9.99 to $ 23.88 based on the size and number of bars in a set.

The snacks are available as minis and bars, coming in a very on the go packaging. ‘Just the Cheese’ founder, David Scharfman, has been quite vocal about his products’ appearance on the company’s Instagram handle. David’s products’ unique feature is that the cheese is not merely a flavor but the product in itself. That’s right. ‘Just the Cheese’ true to its name is just cheese in a crispy snack format! The family envisioned business re-created with a twist by David, seems to be on its rise to fame. Check out their website here.

Read More: Beddley on Shark Tank: Everything We Know