Will There be a Justified Season 7 or is it Cancelled? 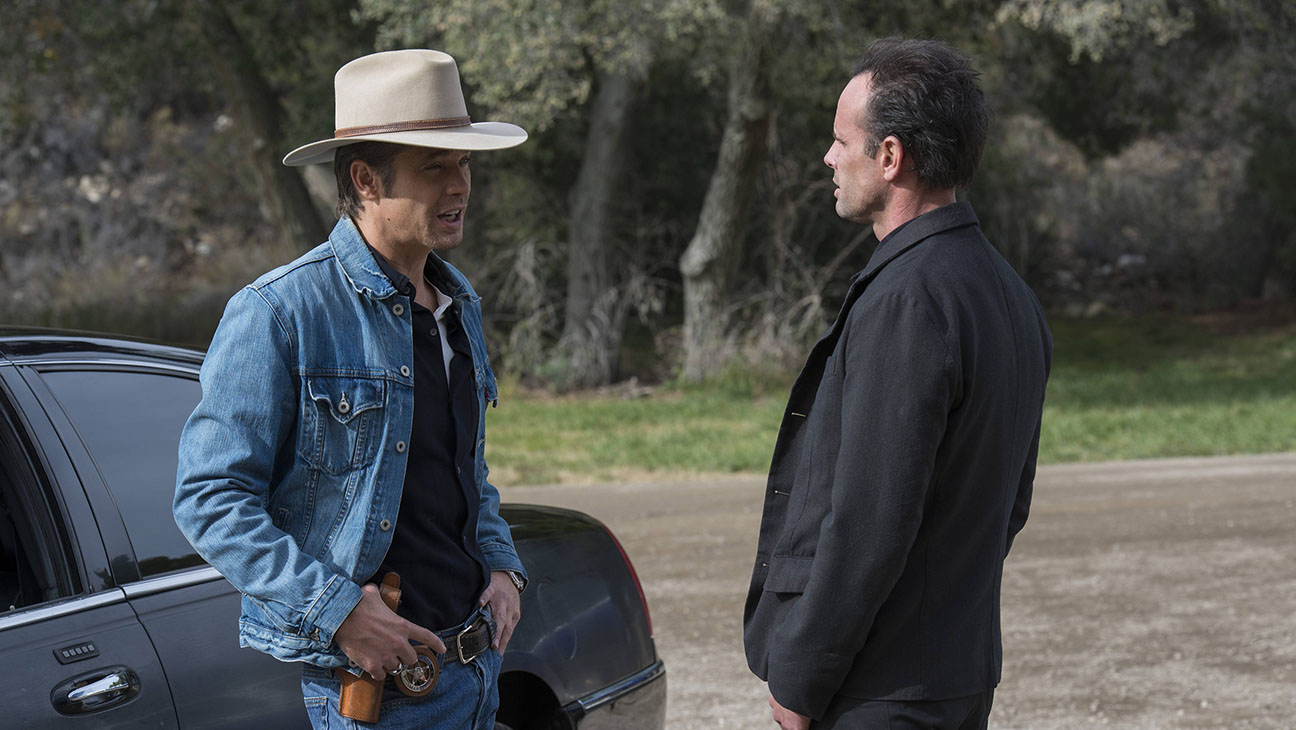 ‘Justified’, based on the short story titled ‘Fire in the Hole’ by Elmore Leonard’, is a crime drama tv show that originally aired on FX on March 16, 2010. Developed by Graham Yost, it is about a deputy US marshal in Harlan, Kentucky, named Raylan Givens, who has his own definition of law. A multiple award winner and a highly acclaimed series, ‘Justified’ has completed six seasons to date. Now, will it be renewed for yet another season? Here is all we know about ‘Justified’ season 7.

Justified Cast: Who is in it?

Timothy Olyphant from ‘The Girl Next Door‘, ‘Scream 2’, ‘Santa Clarita Diet‘, and ‘Once Upon a Time in Hollywood‘ fame stars as the protagonist, Deputy U.S. Marshal Raylan Givens. Givens has a sensational past because of killing a runaway criminal — after which he is transferred to his original hometown, Kentucky. Even here, he resumes his passion for fighting crime. His childhood in Harlan was abusive and emotionally straining, especially because of his dad, who was a known criminal. Givens is a divorced cop, often dons a cowboy hat, and is known to be involved with multiple women.

Nick Searcy (‘From the Earth to the Moon’) plays Chief Deputy U.S. Marshal Art Mullen, a strict follower of the law. Mullen gives some slack to Givens as the latter has a knack for bending rules. However, Mullen trusts his judgment. Friction develops between the two when the Chief realizes that Givens has a problem with differentiating between his personal and professional lives.

Joelle Carter stars as Ava Crowder, a Harlan native and Givens’ and Crowder’s childhood friend, currently married to the latter’s abusive brother Bowman. She eventually ends up killing her husband and gradually becomes a primary character in Harlan’s crime scene.

Jacob Pitts from ‘Sex and the City‘ and ‘The Sinner‘ fame plays Deputy U.S. Marshal Tim Gutterson, a cynical cop who was previously employed in the army as a sniper. Gutterson is not much impressed with Givens’ methods and harbors PTSD from his time during the war. Erica Tazel stars as Deputy U.S. Marshal Rachel Brooks, an African-American marshal who is convinced that Givens would not be given so much slack if he was black, unattractive, and a female officer.

Natalie Zea (‘The Shield’, ‘Californication’) is Winona Hawkins, Givens’ ex-wife. Married to Gary Hawkins, Winona works as a court stenographer and still harbors affection for her former husband. But she maintains a safe distance, knowing he has a knack for attracting trouble.

Walton Goggins stars as the main antagonist Boyd Crowder, a prominent crime lord’s son. Crowder rules Harlan’s criminal underground and had spent his growing-up years working in the coal mines with Givens. Rounding up the lead cast is Jere Burns as Wynn Duffy, a Dixie mafia and a shady businessman who is a primary figure in Harlan’s crime scene.

Justified Plot: What is it about?

‘Justified’ follows the various antics of Deputy U.S. Marshal Raylan Givens, a lawman in the contemporary era but harboring an affinity for 19th-century style and methods. The Old West marshall has his own non-traditional beliefs when it comes to serving justice. As a result, he becomes the target for criminals and a nuisance for his superiors at the U.S. Marshals Service. When Givens ends up shooting a fugitive in Miami, he is assigned to Lexington, Kentucky. Hence, he is forced to move back to his hometown, which is reminiscent of his abusive childhood.

Across the seasons, we witness how Givens tackles offenders like white supremacists, corrupt cops, moonshiners, the Dixie Mafia and the cunning antagonist Boyd Crowder. ‘Justified’ garnered critical acclaim throughout its run-time, especially for its spectacular performances, direction, script, and Olyphant’s and Walton Goggins’ acting prowess.

Justified Season 7 Release Date: When will it premiere?

‘Justified’ Season 6 premiered on FX on January 20, 2015. After running for 13 episodes, it wrapped up on April 14, 2015. Now, as far as another season is concerned, you should know that the creators had already announced in 2014 that the sixth season would be its final installment. As per FX network president John Landgraf, “They [Yost and Olyphant] felt that the arc of the show and what they had to say would be best served by six seasons instead of seven. Regretfully, I accepted their decision.”

So yes, officially, ‘Justified’ season 7 stands cancelled. But over the years, we have seen so many revivals with streaming networks bringing back beloved shows. Even star Walton Goggins expressed his wish that the title would return as a mini-series. If you have watched the finale, you would know that toward the end, Boyd ends up behind bars. But Goggins, when asked about his character, said “He’ll get out. Someday, he’ll get out. I’ll give it another three or four years, but he’ll get out. I wouldn’t be averse to returning to that relationship with Tim Olyphant’s Raylan Givens for a very specific run. Maybe there’s one more chapter to that story. It’s hard to kill your babies, man. It’s hard to lay them down.”

So, let’s see. We might still get a revived version of ‘Justified’. If we do, we will make sure to update this section.

You can watch the official trailer for ‘Justified’ season 6 below: