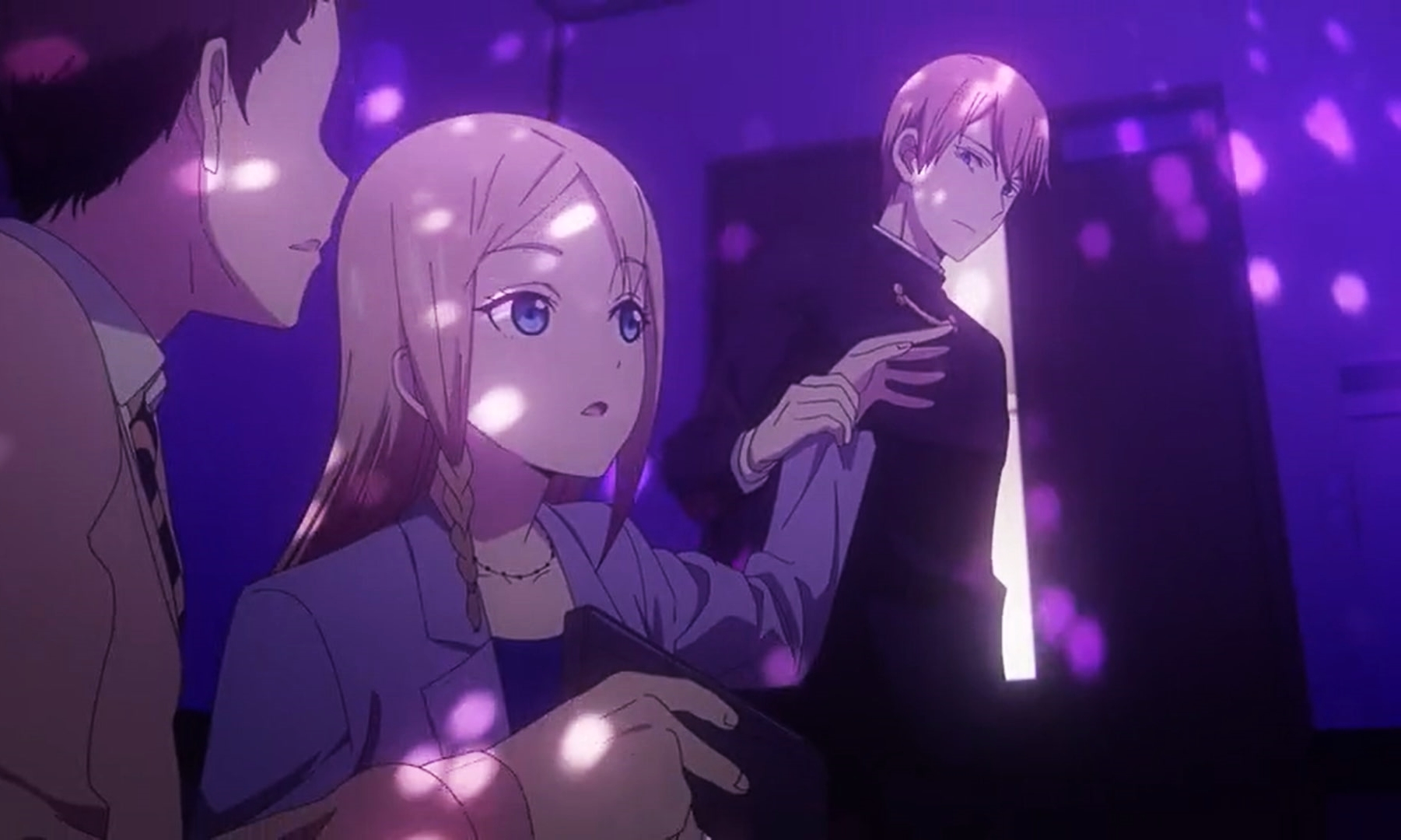 In ‘Kaguya-sama: Love Is War’ season 3 episode 2 titled ‘Miyuki Shirogane Wants to Mediate/Kaguya Wants to Take Him Out/Kaguya Wants to Interrupt,’ the show focuses on the unending conflicts between Iino and Ishigami. Meanwhile, Shirogane is invited by his classmates for karaoke to get in touch with students from other schools. Unfortunately, he is not a good singer and meets an unexpected acquaintance there. Here’s everything you need to know about the ending of ‘Kaguya-sama: Love Is War’ season 3 episode 2. SPOILERS AHEAD!

While having a casual conversation, Shirogane asks Ishigami why Iino hates him. Ishigami feels that the answer is quite obvious as he is the kind of person who hardly follows any school rules, while Iino is on the public morals committee, which naturally makes them detest one another. He feels that he has been helping her behind her back all the time as she gets into trouble quite frequently. But her lack of gratitude bothers Ishigami. Shirogane advises him to be more honest with her, which is the only way for both of them will be able to get on with one another. 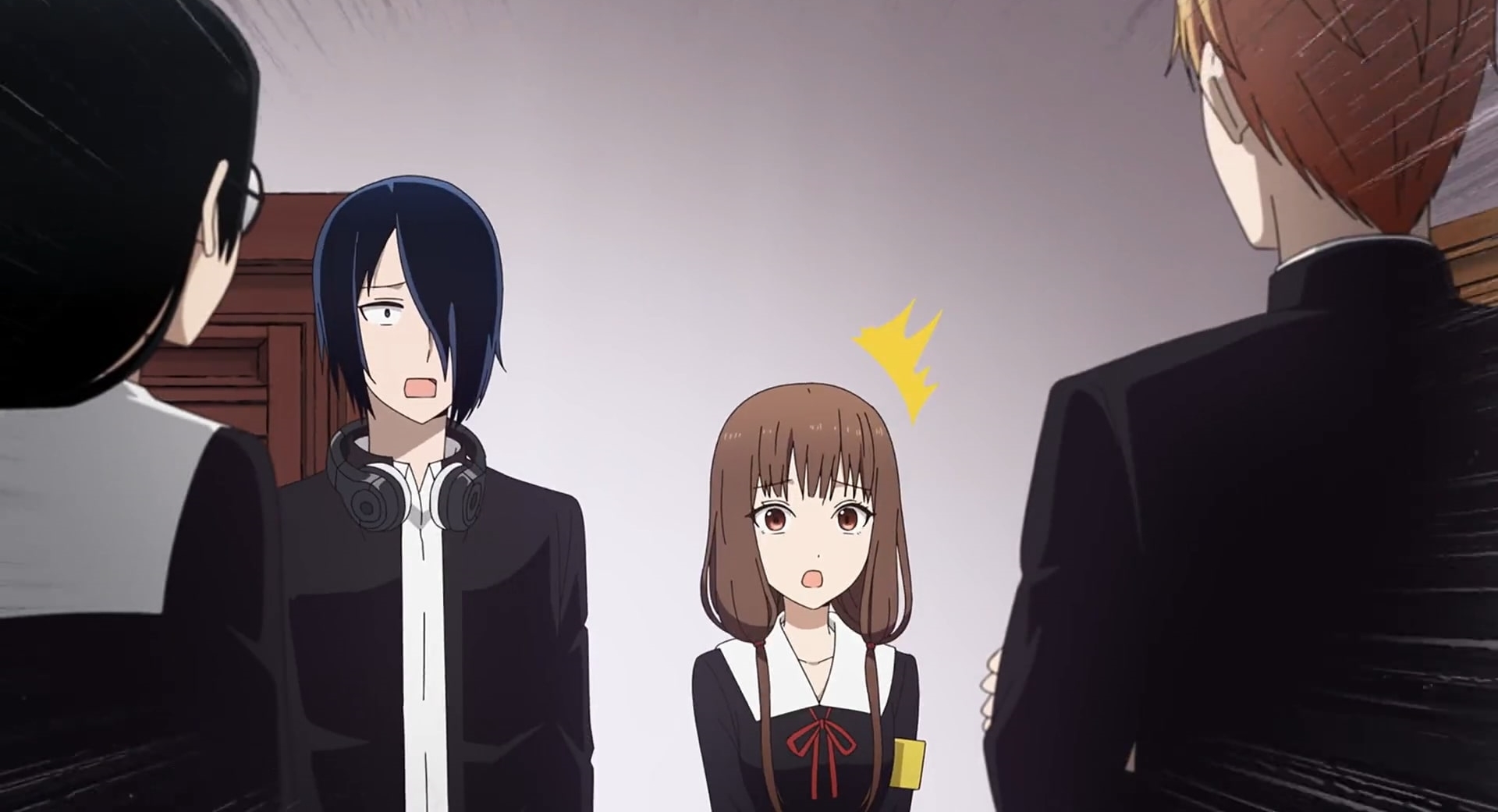 Meanwhile, Osaragi discusses the same thing with Iino, who gets infuriated. She explains how she has been trying to make Ishigami’s life easier, but despite her persistent efforts, he is always condescending and ungrateful. When the four of them accidentally come across one another, Osaragi and Shirogane advise the other two to get over their petty squabbles and become friends. They offer their help by giving the two a series of missions that they hope will bring them closer. Unfortunately, all of them backfire, making Ishigami and Iino even more hateful.

Later, Ishigami is asked by his classmates to go to karaoke with them as he has no student council duties that day. When he seems uninterested, they argue that it will be a good opportunity for him to get to know students from other schools. When he agrees to go, Hayasaka asks Kaguya if she is okay with it. But to her surprise, Kaguya does not share her worries and feels that it’s perfectly fine for Shirogane to make more friends. However, when Hayasaka explains what going to karaoke can lead to, Kaguya’s insecurities get the better of her, and she decides that they should stop him at any cost.

Later at the club, Shirogane meets Hayasaka, who openly admits in front of others that she has been rejected by him in the past. While claiming that she is not comfortable with him being there, she also does not allow Shirogane to leave. When a random stranger tries to flirt with her and behaves shamelessly, Shirogane grabs her hands and takes her out of the club. However, he is completely clueless that Hayasaka uses a Bluetooth device to be constantly in touch with Kaguya. But much to the surprise of the Vice President of the Student’s Council, she books a separate room where she and Shirogane can be alone. 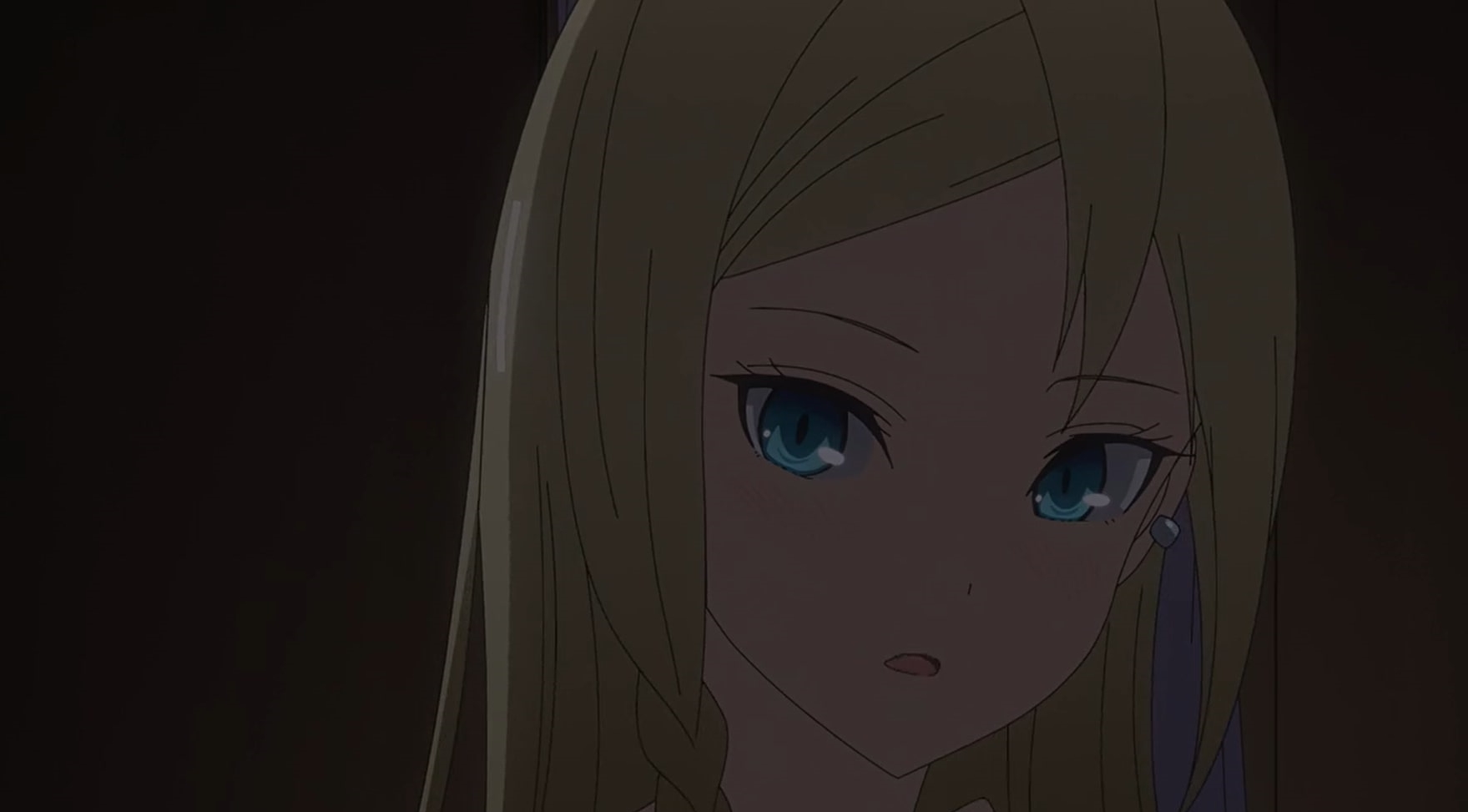 Meanwhile, Hayasaka reminds Kaguya of the challenge to seduce Shirogane and make him fall in love with her. While she was not in the position to take the challenge head-on back when Kaguya had first asked, Hayasaka tells her that she is well-prepared now and will manage to seduce her.

When Kaguya learns what Hayasaka has set out to do, she immediately runs towards the private karaoke rooms, which have become notorious for obscene incidents in the past few months. She is shocked to find a room where the inside view is blocked by Hayasaka’s jacket. Although Kaguya wants to barge in and stop anything from happening, she realizes that it will make her seem like a stalker, which would not go down well with Shirogane.

Therefore, she invites Fujiwara to the same room for a karaoke session, hoping that her interference will stop Hayasaka. In the meantime, she can hear obscene voices coming from the room, which only makes Kaguya even more anxious. She feels that inviting Fujiwara was a waste of time since Hayasaka has done the unthinkable. However, her suspicions ultimately turn out to be inaccurate.

When Kaguya later meets Hayasaka, it becomes obvious that all the noises that came from the room were actually Shirogane’s poor singing. Hayasaka had only wanted to back at Kaguya for making her angry, which is why she lied about seducing Shirogane while it was never her intention.