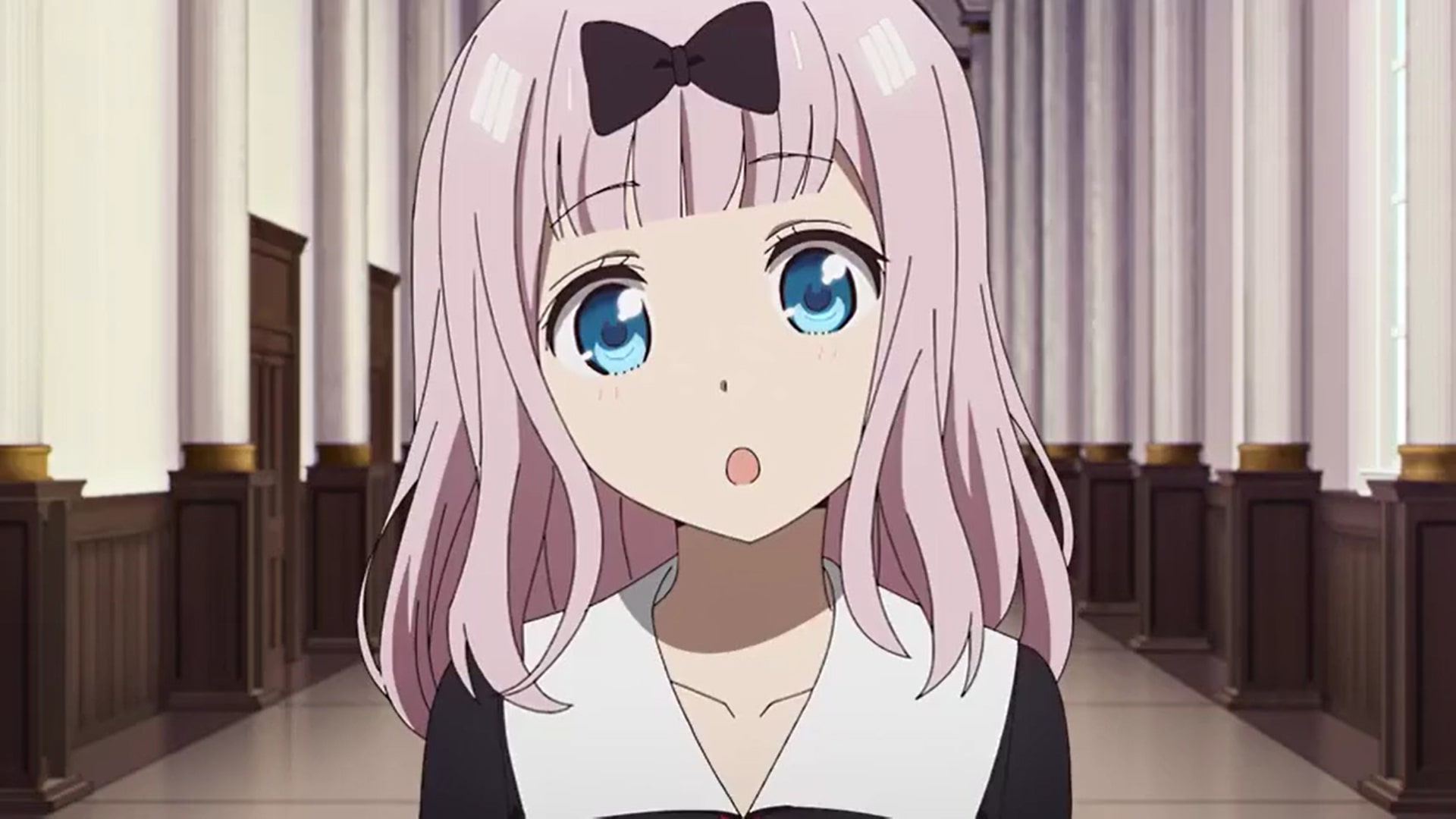 In the fourth episode of ‘Kaguya-sama: Love Is War’ season 3, titled ‘Kaguya Shinomiya’s Impossible Demand: A Cowrie a Swallow Gave Birth To (Part 1)/Yu Ishigami Wants to Prove Himself Worthy/Chika Fujiwara Wants to Stay Over,’ the show follows the titular protagonist as she pushes Yu to open up about his feelings for Tsubame and motivates him to chase her. Meanwhile, the students prepare for the second-semester academic exams. Here’s everything you need to know about the ending of ‘Kaguya-sama: Love Is War’ season 3, episode 4. SPOILERS AHEAD!

When Ishigami sees Nagisa and Tsubasa walk around hand-in-hand, he begins to rant that high school students shouldn’t be wasting time on romance and should focus on their studies instead. Kaguya, who is standing right next to him, argues that he sounds hypocritical talking about not wasting time while playing a video game. She asks him if he needs a girlfriend, but Ishigami claims that he doesn’t and says that there is no need for a relationship. 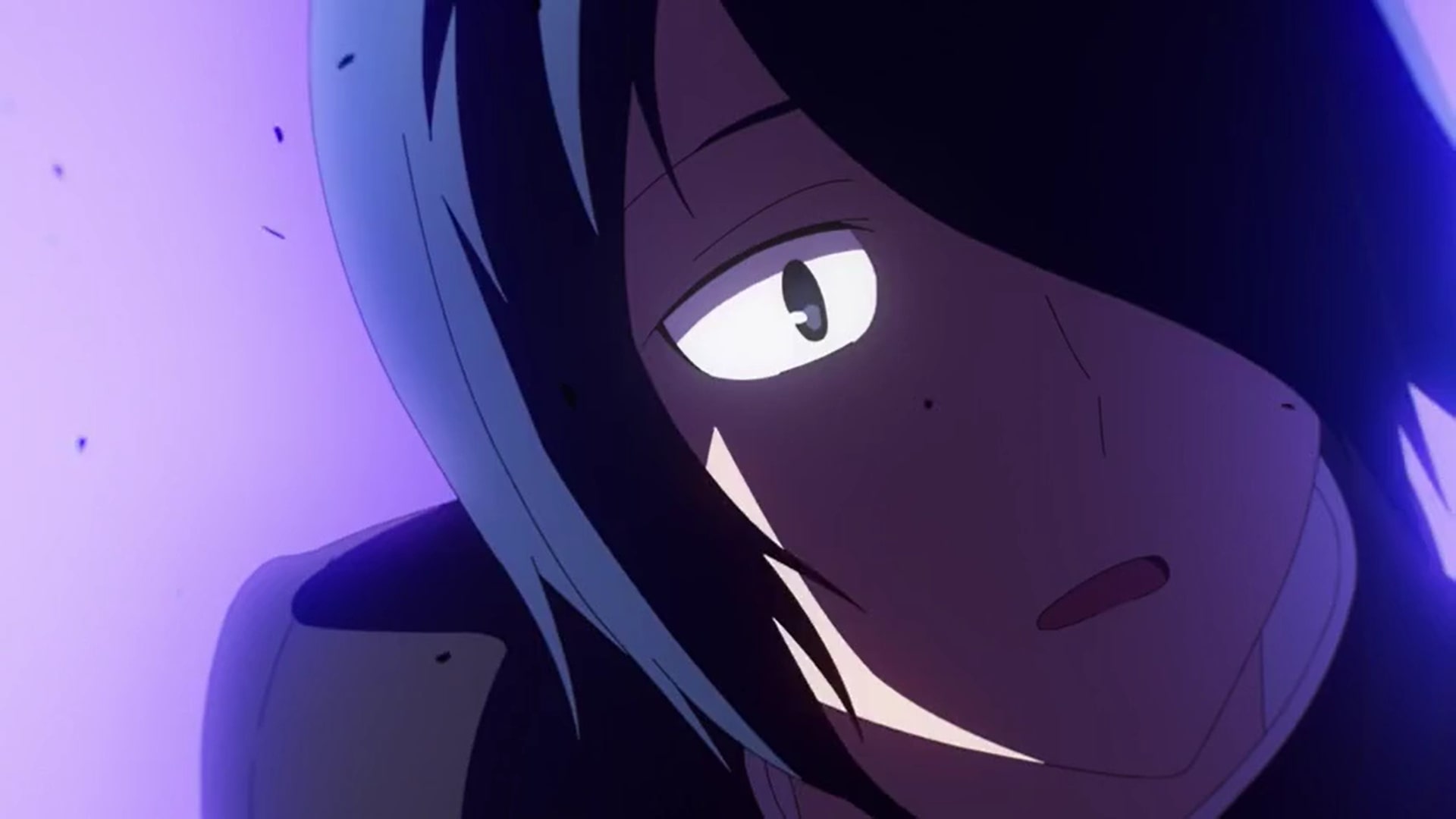 However, when Tsubame enters the room with forms for the cultural festival, he starts acting strange and appears to get red-faced when she gives him a hug from behind. Kaguya realizes that he has feelings for her and begins to press him to admit it. When he initially doesn’t, she begins to demotivate him by speaking about his prospects of never getting to impress her. However, she eventually says that she wants him to make Tsubame his girlfriend, irrespective of the course of action he takes.

Ishigami finally begins to open up a little but confesses that he feels that Tsubame is out of his league. Kaguya tells him to focus on second-semester academic exams and get a respectable rank as she would prefer to date an intellectual guy, being a top-ranking student herself. In the following days, Ishigami prepares wholeheartedly for the exams, while the politics between student council members trying to get a top rank also heats up.

Kaguya knows that Ishigami has always faced failure in life and therefore struggles to challenge himself. Consequently, she dedicated a lot of time to ensure that he did not leave any stones unturned in his practice. However, despite all the hard work, he only managed a rank of 152 which, while a significant improvement, was still nowhere near as good as the titular protagonist expected of him. Meanwhile, Miyuki got rank one, while Kaguya came second. 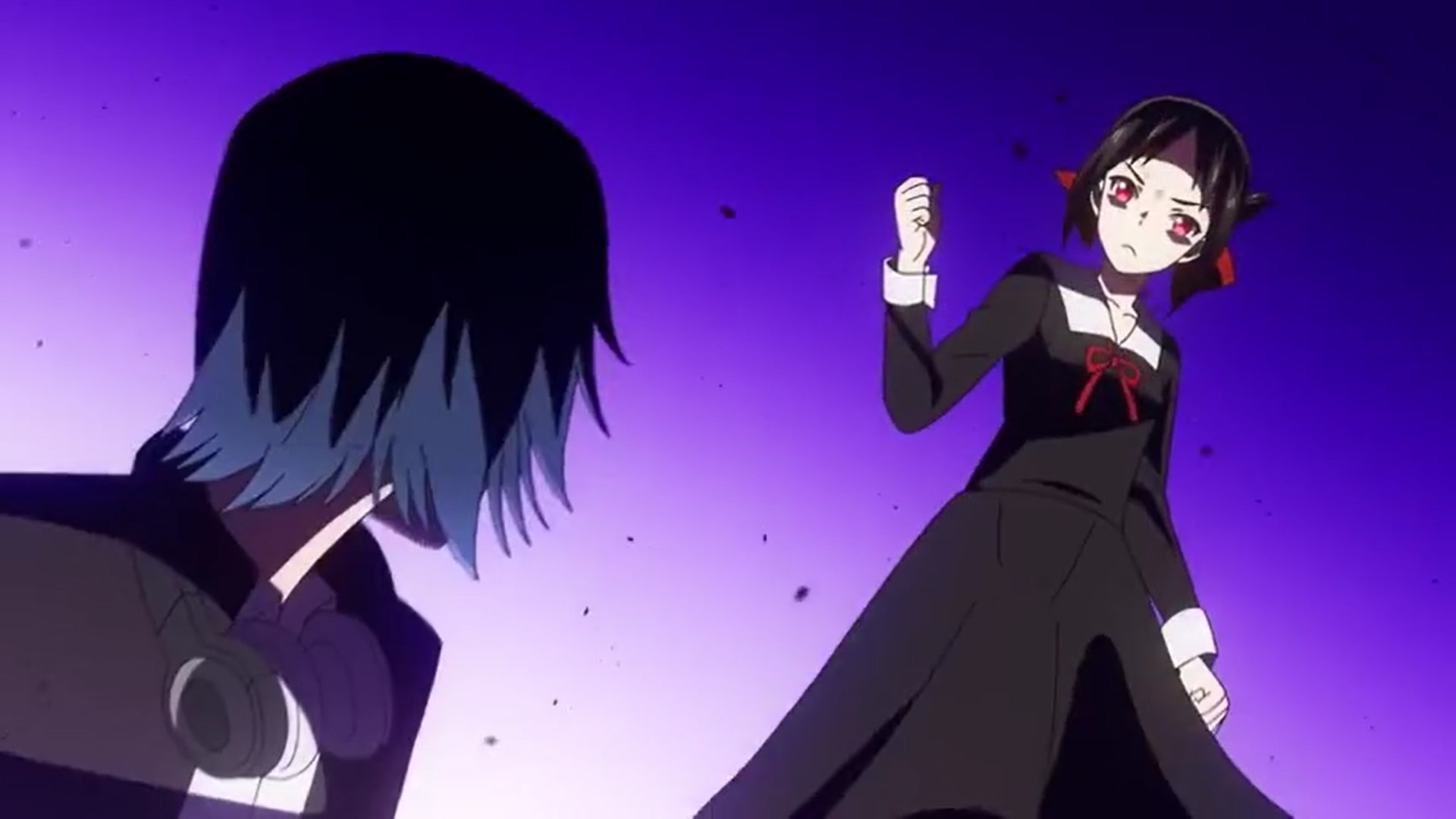 While Ishigami was understandably bitter about the results, Kaguya, as her mentor, motivated him to keep on trying and wait for the following exams. Later, Chika invites Kaguya for a dinner party at the Fujiwara residence and tells her that Kei and Miyuki will be joining them as well. The prospect of a night out with the President excites Kaguya, and she asks if they can have the dinner party today. However, since Chika’s father is not home at the moment, she instead invites herself for a night out at the residence of the Vice-President of the Student Council.

When Chika arrives at Kaguya’s home the following night, she is greeted by the respectful and good-looking butler, Mr. Herthaka. She has known him for quite a while now but is completely clueless about his real identity. At school, Hayasaka has kept never told anyone that she works as a servant in the Shiromiya household. Therefore, she can’t appear in her usual getup in front of Chika. 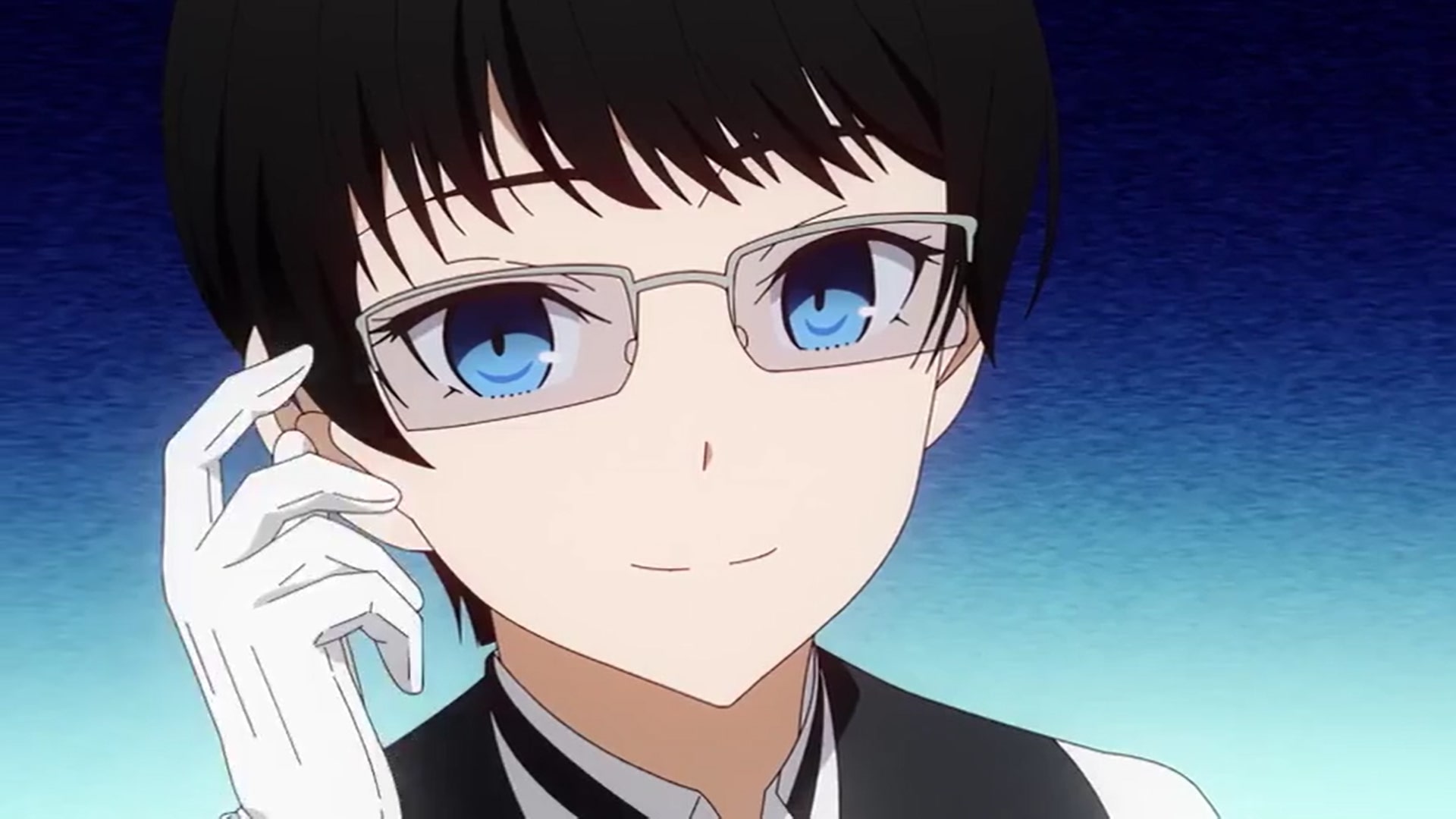 So, since the first time she paid Kaguya a visit, Hayasaka has been dressing up as a man to hide her real identity. As Mr. Herthaka, she tells Chika that she is a war orphan who skipped a few grades and graduated from Harvard. To this day, Chika thinks that Mr. Herthaka is an extremely intelligent man who works for the Shiromiya household only for fun.

Does Kaguya Confess Who She Loves During Her Sleepover with Fujiwara?

Kaguya has a habit of going too bad at 11:00 p.m. every night, and she religiously follows her schedule without ever being late. But during the night out, once she and Chika had had their dinner and they went to bed, the latter continued to talk about a ton of things. After midnight, Kaguya could barely think straight when Chika started saying that she felt Ishigami loved Tsubame. She then said that she feels that the President is also in love, but she can’t really tell who the lucky girl is. 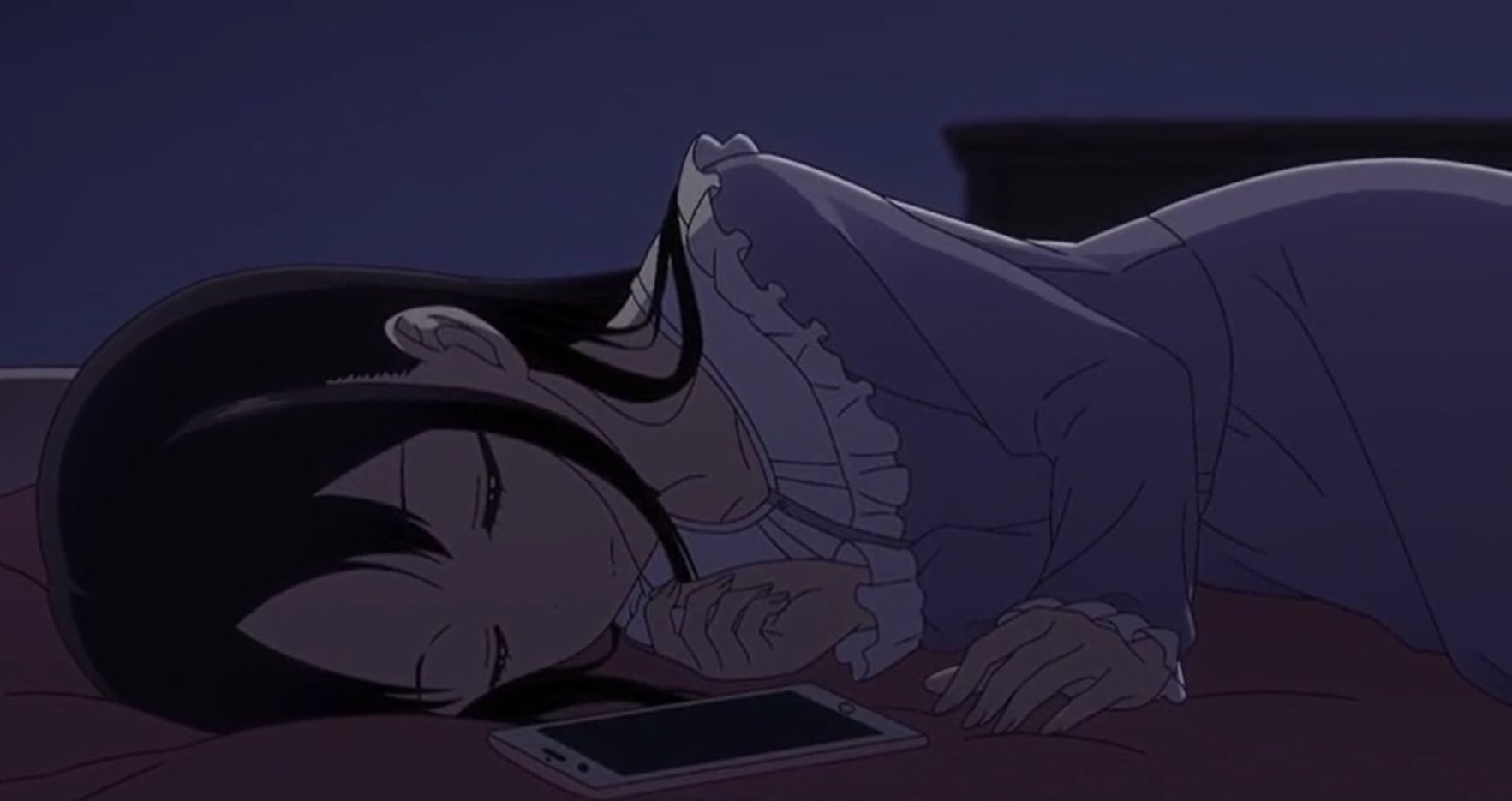 In order to find out, she calls him with Kaguya sitting next to her. While Miyuki argues that their suspicion is unreasonable, her sister snatches the phone from his hands and tells them that he can’t stop smiling while texting, which obviously means he has a crush. As they begin to determine who that person probably is, Chika misunderstands everything and ends up concluding that Miyuki likes Mr. Herthaka.

While she is in the toilet, Kaguya takes her phone and, in a sleepy state, questions the President, who he truly loves. When he does not answer, she gives him a deal that she will tell him the name of the guy she loves, provided he also opens up about his crush. However, soon after saying that, Kaguya falls into a deep sleep and never really tells him about her feelings.