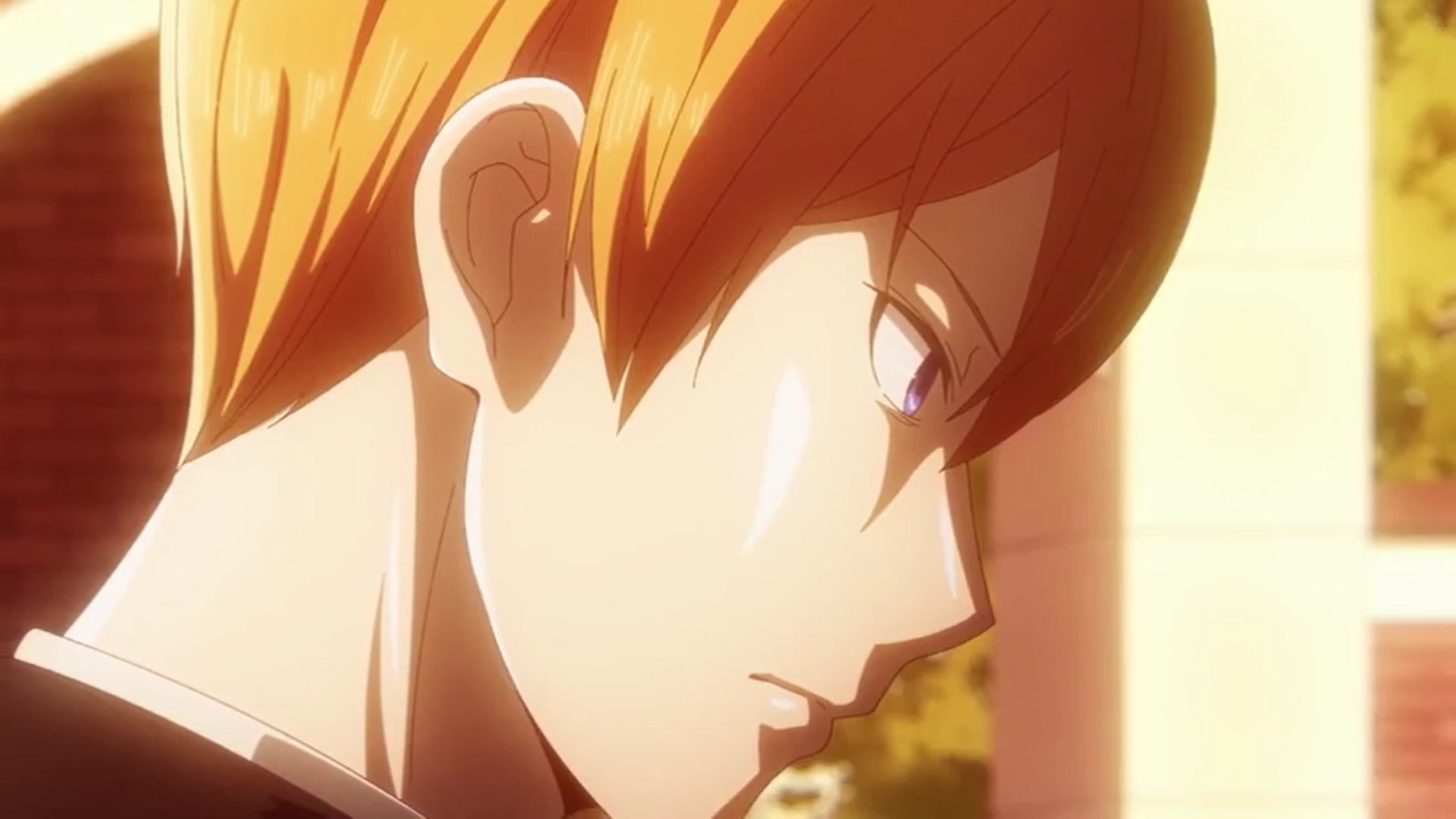 In the sixth episode of ‘Kaguya-sama: Love Is War’ season 3, titled ‘The Student Council Wants to Move Forward, Miyuki Shirogane Wants to Make Her Confess, Part 2 and 3,’ the show focuses on the parent-teacher meeting at the Shuchiin Academy, where children open up about their future career plans. Realizing that his high school days are about to end, Miyuki begins to consider proposing to Kaguya seriously. Here’s everything you need to know about the ending of ‘Kaguya-sama: Love Is War’ season 3 episode 6. SPOILERS AHEAD!

Every year the renowned Shuchiin Academy organizes a parent-teacher meeting in which the adults sit with the students to discuss their future career plans. In the student council room, Ishigami tells the President that his parents have given him full freedom to do anything he wants, and he feels being a NEET would probably not be a bad choice. However, Iino disagrees with him and argues that he must at least get a college degree; then, he will have all the time in the world to decide what he wants from life. 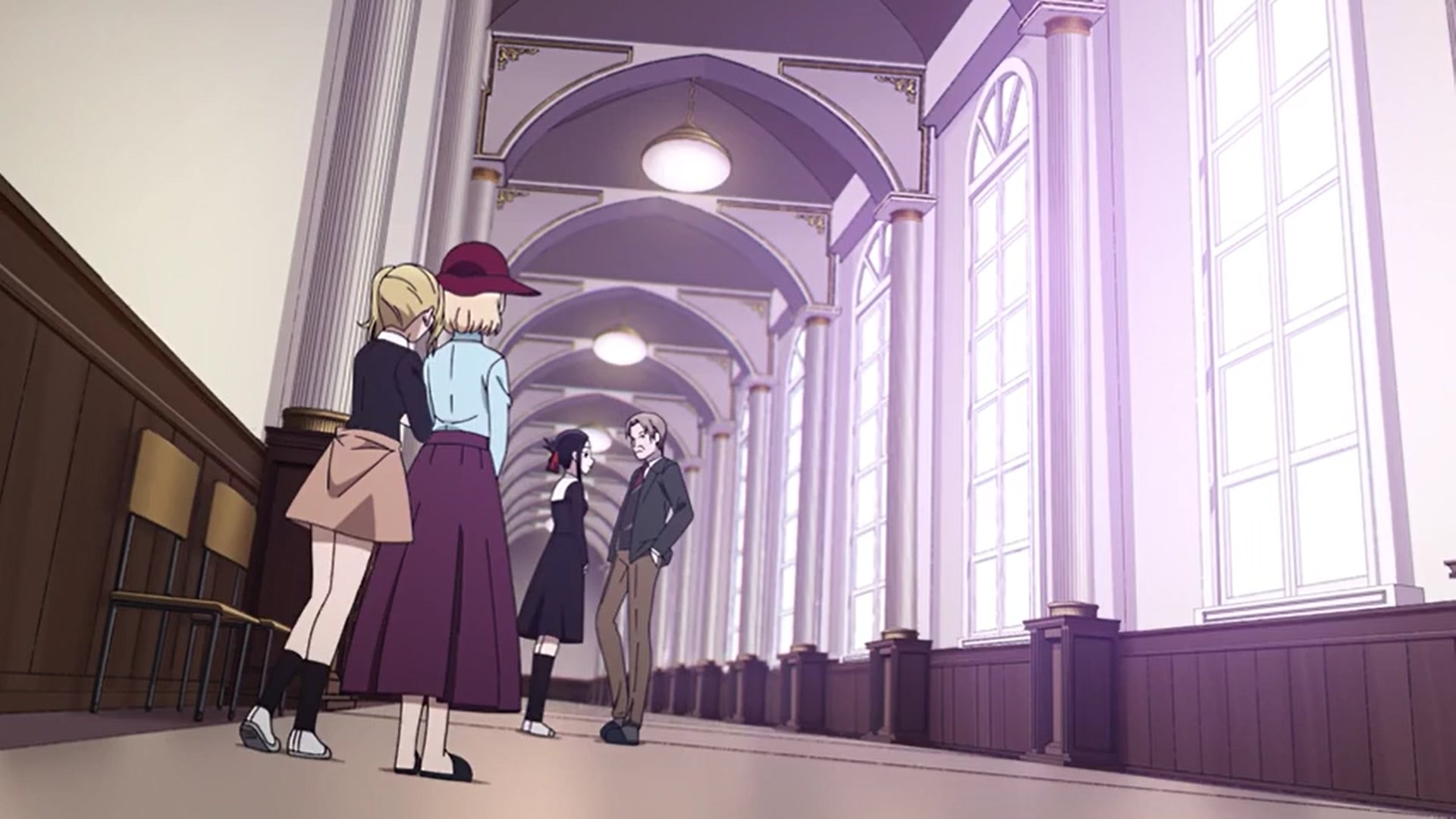 She also opens up about her decision to pursue a career in law. Meanwhile, in the meeting, Fujiwara is asked by her teacher if she plans to make a career in music since she is an excellent pianist. But she refuses as she only sees playing piano as a hobby, not a career choice. Fujiwara then jokes that she would love to be the Prime Minister before finally opening up about her plans to be a teacher.

Kaguya and Hayasaka are waiting outside the hall for their turn. The titular protagonist knows that her parents won’t be coming, while Hayasaka feels that her mother does not care about her. But she is pleasantly surprised when her mother shows up in place of Kaguya’s parents and informs her that she has also taken leave to spend the rest of the day with her. 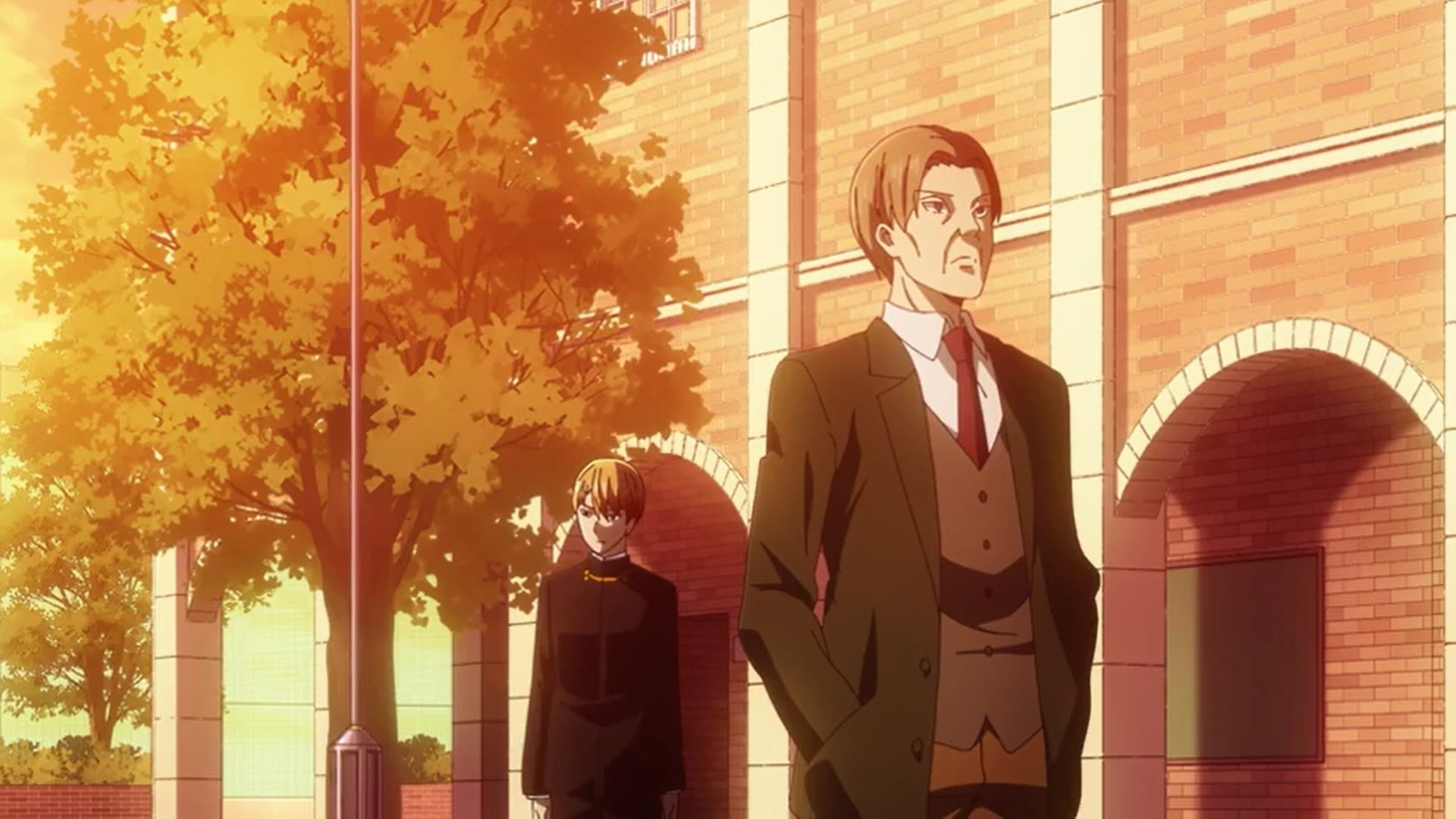 Suddenly, Miyuki’s father also shows up for the parent-teacher meeting and finds Kaguya waiting for her turn. He embarrasses her by asking whether she has already kissed his son or not and advises her not to waste any more time and grab the opportunity. Later in the meeting, Miyuki tells his teacher that he plans to study at Stanford after high school. After the meeting, his father tells him to make sure that he is left with no regret as the time for graduation is approaching fast.

Miyuki thinks deeply about his father’s advice and comes to the conclusion that he is running out of time to propose Kaguya. The following day in the student’s council room, he decides to ask her out on a date so that he can create an environment conducive to a proposal. Unfortunately, when he indirectly asks Kaguya to go to the cultural festival of another school, she declines, not realizing that he wants to go out on a date. When she finally recognizes what he was probably alluding to, she shares everything with Hayasaka, who advises her to make a move now as Miyuki will be reluctant for a while. 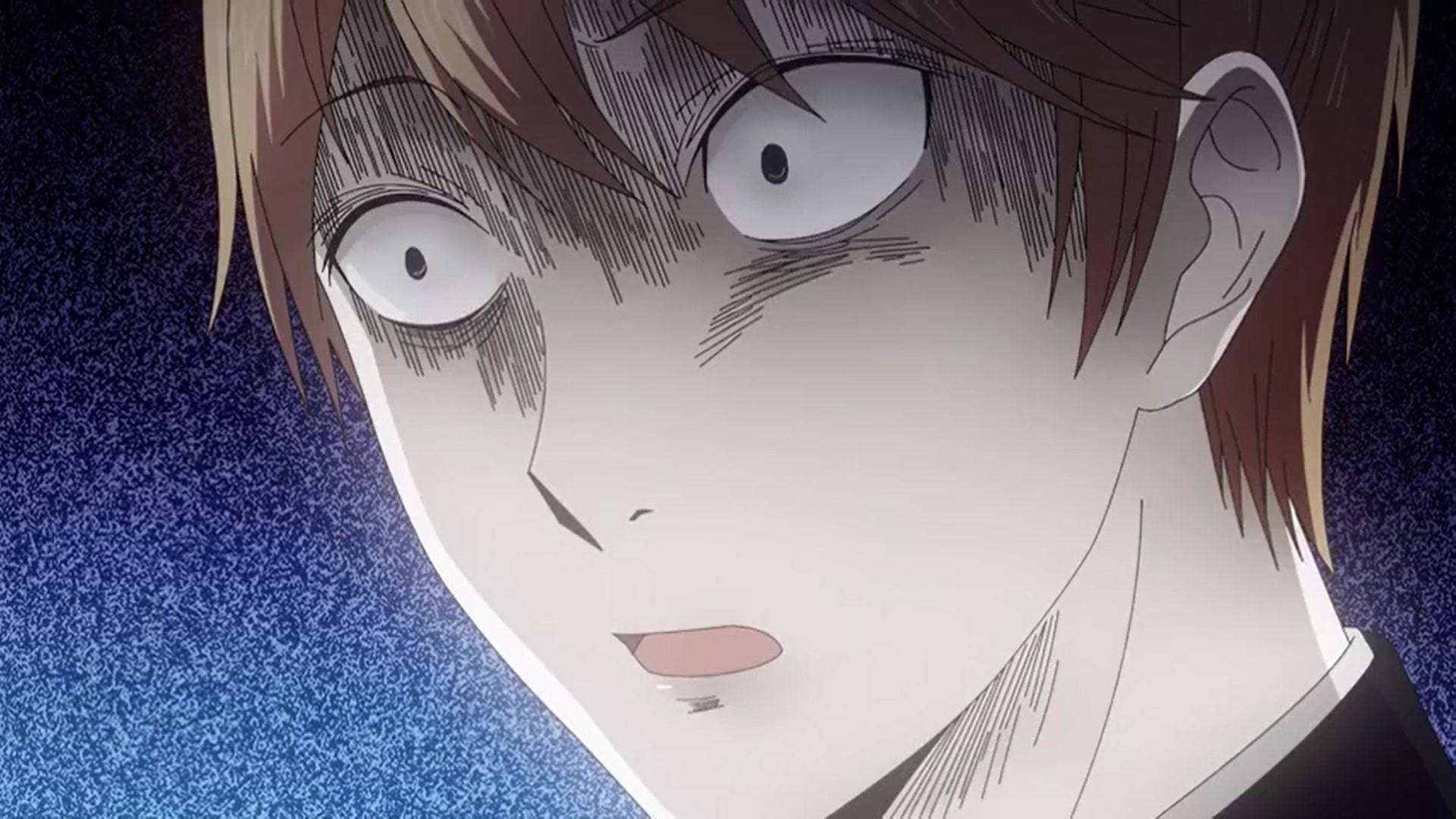 The following day Kaguya does as she is told, but Miyuki struggles to understand what she truly means because of the vagueness of her words. As he begins to overthink and countless possibilities run through his mind, the President struggles to get some clarification from Kaguya because of his nervousness. Once Ishigami and Fujiwara also join the duo, the misunderstanding only increases, and Miyuki ends up going to the cultural festival with Ishigami.

Does Miyuki Manage to Analyse Himself More Objectively After Fujiwara’s Advice?

While discussing the upcoming school festival at the renowned Shuchiin Academy, Miyuki is told by Fujiwara that he does not look at himself objectively. She explains that his understanding of his abilities is somewhat twisted and removed from reality, so he should try to be more careful when he analyses himself. Her honesty leaves Miyuki dumbfounded, and he begins to connect it to his failure to propose Kaguya.

He realizes that he is probably not as attractive and elegant to girls as he thinks. Therefore, he ends up asking Iino what she feels about him. She fails to understand what the President is trying to get at and comes to the wrong conclusion that he has a romantic interest in her. However, when he poses a somewhat similar question to Fujiwara right in front of her, Iino finally realizes that he has no other intentions but to get an honest opinion from her. 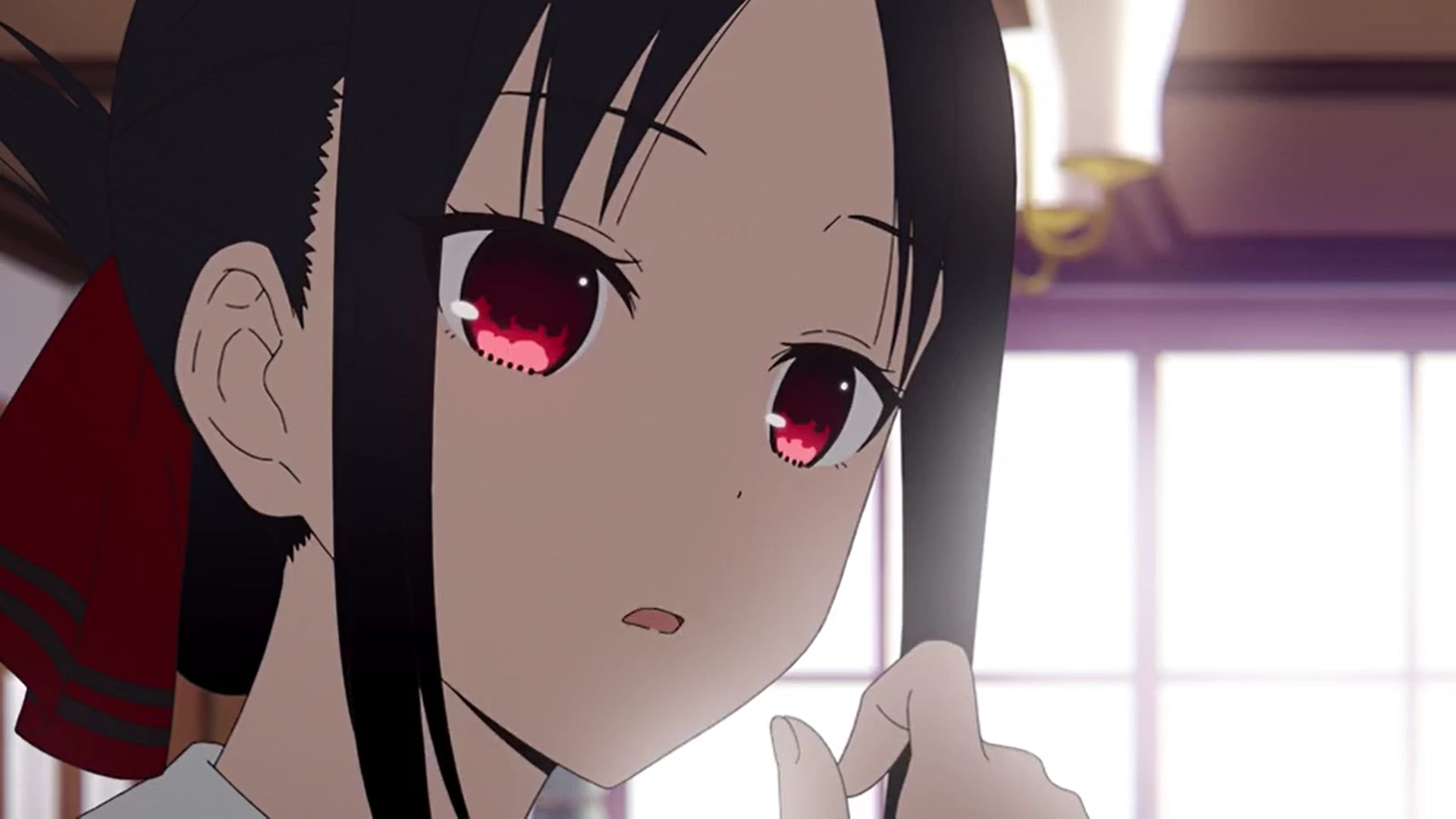 Unfortunately, that turns out to be a wrong decision as Kaguya and Iino end up criticizing a lot about Miyuki which depresses him. Luckily, when Kaguya arrives there and is asked what she would like to change in the President, she says that Miyuki is fine just the way he is. While Fujiwara and Iino’s criticism did dent his confidence, he finally feels better after hearing such kind words from the girl he likes. While Miyuki loves the fact that he is praised by Kaguya, he also confesses that he needs to work on himself. Ultimately, Fujiwara’s advice makes the President introspect deeply, even though she goes a little too overboard while criticizing him.