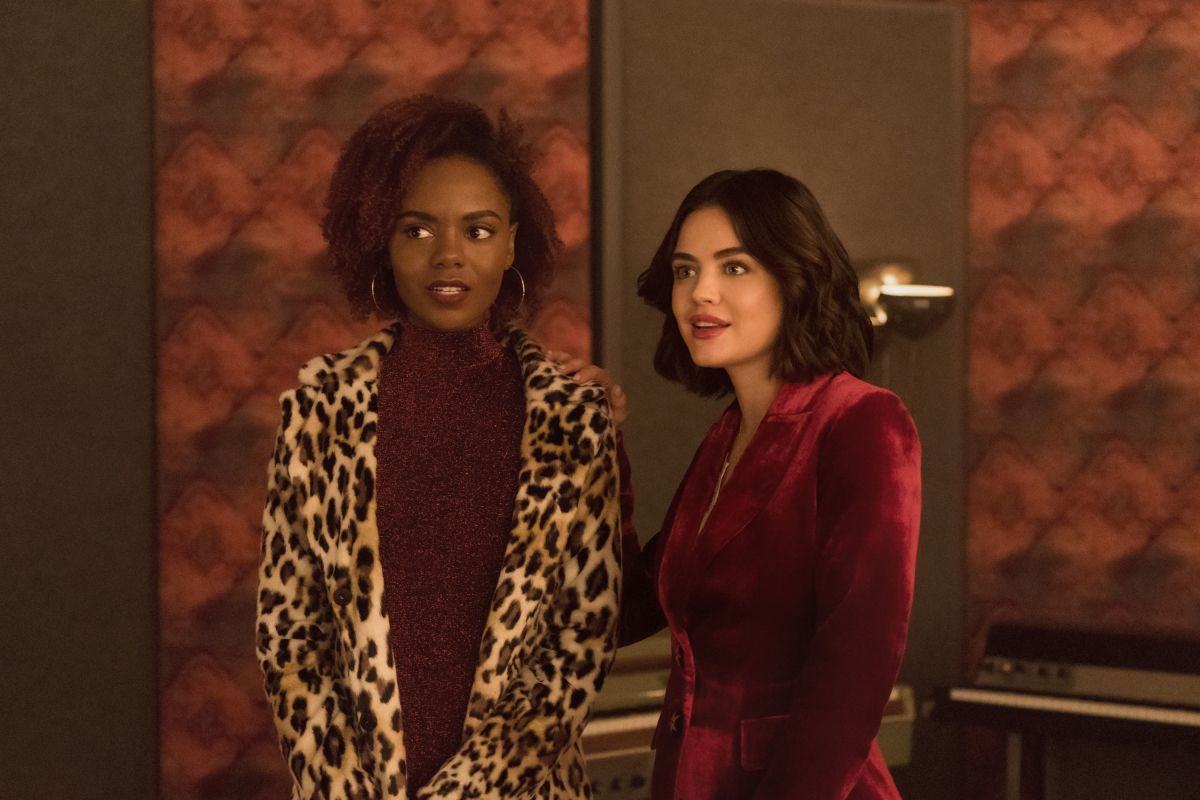 Characters from Archie comics have found a new home on the television screen after the success of ‘Riverdale.’ The young-adult adaptation proved to be extremely successful and led to another series based on a character from Archie Comics: ‘Katy Keene.’ While both the shows share a similar source material, their tone, themes and genre are quite different.

While ‘Riverdale’ adopted small-town mystery, ‘Katy Keene,’ according to Entertainment Weekly sports the style of a “rom-com-on-steroids.” There is no dark, mysterious suspense in ‘Katy Keene.’ Instead, it focuses on chasing dreams in New York City.

New York City has seen a fair share of soapy tales on making it big. It is New York City after all. ‘Katy Keene’ attempts to add that juice back to the Big Apple. The show follows the titular character who aspires to be a famous fashion designer. However, Katy is not the only one on the show with big dreams. Accompanying her quest for stardom are her two friends and roommates: Jorge and Josie. Jorge is a drag performer who wants to make it in Broadway. On the other hand, Josie is an aspiring singer. Together, the three friends are shown hustling and dealing with personal conflicts on their journey to success.

Many of you might be wondering where ‘Katy Keene’ is filmed. The show is set in New York City and the setting plays a big role in the television series. The city symbolizes struggle and success and the series uses it not just as a location, but as another character. So, is the show actually filmed in the Big Apple? Or have the producers filmed it in another location and passed it off as NYC? Continue reading to find out!

‘Katy Keene’ is actually filmed in New York City. That is almost a necessity for the show, given the crucial role that the city plays for the plot.

To begin with, most of the interior filming of the show is carried out at Steiner Studios on 15 Washington Avenue in Brooklyn Navy Yard. The production facility is the largest in the United States outside Hollywood and sprawls over 20 acres. Furthermore, it has a total of 17 soundstages.

Other than Steiner Studios, ‘Katy Keene’ is also filmed on location in various areas in New York City. If you’re a lucky New Yorker, you might just be able to catch a glimpse of the cast and crew shooting on-location. Just watch out for filming notices like the one below:

The above tweet shows how ‘Katy Keene’ was filmed at Washington Square South. Furthermore, filming also took place near The Little Red Lighthouse under the George Washington Bridge. Moreover, according to local sources, an Instagram story by Lucy Hale revealed that a few scenes of the pilot episode had been filmed at Coney Island.

Additionally, several casting calls also shed light on other locations in New York City where ‘Katy Keene’ had been filmed. One such place is Washington Heights in Manhattan. Plus, local sources also reveal how the show was filmed on W 158th St and Riverside Dr and 239 Thompson Street. That is not all. ‘Katy Keene’ was also filmed in Park Avenue and the Lower East Side. This is evidenced by the following tweets:

Zane Holtz and Lucy Hale seen filming on location for 'Katy Keene' in the Lower East Side on September 18, 2019 in New York City. https://t.co/ewbVCpSWf9 pic.twitter.com/0keBsQNjwY

SPOILER ALERT: As you can see in the tweet above, it looks like Katy’s boyfriend proposes to her at the Lower East Side. While ‘Riverdale’ might have painted the picture of a quaint little town well, ‘Katy Keene’ embraces its big-city setting unabashedly.