Where Are Kelly and Carol Baker Today? 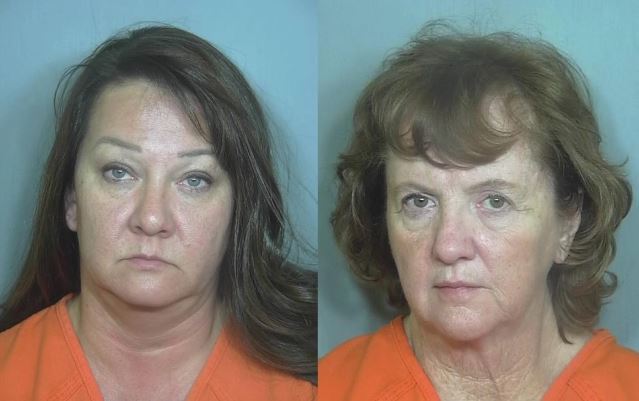 The murder of Randy Baker in his home in Greeley, Colorado, in 2017 was one that shocked everyone, not just because of the way he was killed but also because of the twisted web of family selfishness and lies that were behind it. As we saw on ‘Dateline,’ Randy’s family members plotted for months to have him removed from their lives for once and for all, just to get a huge life insurance payout. And, by far, the most intriguing people in the story were Kelly Lynn Baker and Carol Lyn Baker not the one who pulled the trigger, but the ones who facilitated it all.

Who Are Kelly and Carol Baker?

Kelly Lynn Baker was Randy’s wife and the one who had found his body and called the police at the scene of the crime in the first place. While the police were looking at clues for foul play or homicide inside the home, Kelly was outside, with her sister-in-law, Randy’s elder sister, Carol Lyn Baker, holding her and crying with her. Their initial reaction was, of course, of grief and distraught for their loss, but they already knew that he would be found dead.

As the police interviewed Kelly they found out that her marriage with Randy had recently gone sour and that she had begun seeing someone else romantically. She even told them that her husband had a couple of life insurance policies that would total to close to $10,000. While her relationship with her husband did raise eyebrows, it didn’t seem like she had enough of a motive to kill him, plus she had an alibi.

Carol, though, played an important role. She said that although she hadn’t seen her brother in a while she was in the area and remembers seeing a suspicious man around. She basically led the police on a wild goose chase. But, when tips came in and connected her to selling her brother’s car, she came under their microscope, and they discovered that while Carol barely had a relationship with her brother, she was extremely close to her sister-in-law.

Further investigations led them to find out that Kelly had lied, instead of $10,000, Randy’s life insurance policies totaled to more than $120,000, which unfolded the whole family’s twisted conspiracy to murder Randy. Kelly wanted her husband gone, so Carol played the mediator and got her son, Kelly Raisely involved. She was in communication with both of them and played the part of a middleman.

And so, they executed their plan, Kelly Raisely shot his uncle for his aunt, and in exchange, got $10,000 and Randy’s Harley Davidson motorcycle. But, their happiness wasn’t for long. When Carol was manipulated into believing that Kelly had ratter her son out, she told the police the truth, the whole truth, and they were all arrested. Just because of pure greed, they took an innocent life and that too of a family member.

Where Are Kelly and Carol Baker Now?

Carol never completely understood her role in Randy’s murder, she thought that since she neither came up with the plan nor executed it, she would be safe, but no, if she wasn’t there, if she hadn’t facilitated everything, Randy would still be alive. Therefore, she was charged with first-degree murder. She was given a plea deal, though, which she accepted, so now she is serving her sentence of 30 years in prison.

Kelly, on the other hand, knew full well what she was doing. She had planned it all and when the time came to face justice, she refused to take a plea deal. Her case went to court and when Carol – as a part of her deal – testified against her sister-in-law, Kelly was convicted of first-degree murder and got a sentence of life in prison without the possibility of parole. As this was in 2019, she is still behind bars. (Featured Image Credit: Weld County Sheriff’s Office)