Netflix’s ‘Last Chance U: Basketball‘ is an interesting docu-series that follows the East Los Angeles Community College’s Men’s Basketball Team as they push for glory while being led by Coach John Mosley and his staff. The show offers us a peek into the world of community college basketball and shows how hectic and demanding the sport can get at times. Yet, with the players being a part of one of the best basketball programs in Los Angeles, it is thrilling to witness how they balance their personal and professional commitments while trying to make their mark in the world.

While Coach John Mosley acts as the head coach and is responsible for the ELAC basketball program, he depends on his assistant coaches for most of the process. Kenneth “Ken” B Hunter is one such assistant coach who is integral to the ELAC basketball program and is quite experienced in his job. Well, with the cameras now turned away, let’s delve into Coach Ken’s life and find out where he is at present, shall we?

Who Is Coach Kenneth B Hunter?

A native of Detroit, Michigan, Coach Ken had a seemingly tough childhood. Sources claim that while his mother worked non-stop to provide for the family, his father rarely gave him and his two younger siblings any time. Hence, Ken had to take matters into his own hands and work small jobs in order to support his loved ones. Interestingly, Ken discovered his passion for basketball at a very young age and played competitively while attending the Powerhouse Detroit Southwestern High School and the Ecorse High School. Even during high school, his talent was quite noticeable, and Ken repeatedly led his team to several victories. Hence, right after graduation, he was determined to make a living as a professional basketball player. 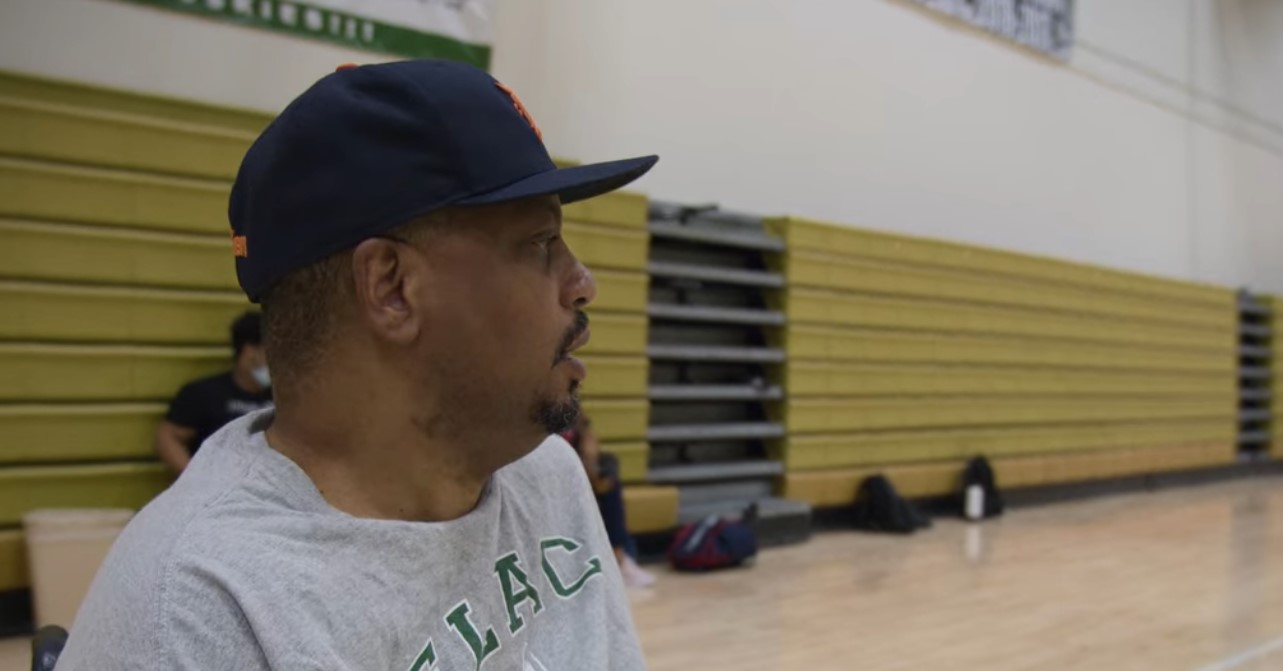 However, fate had other plans, as even though Ken was given an opportunity to play division 1 basketball, he had to leave for army service. Moreover, by the time he got back, he only had division 2 teams willing to accept him, and Ken signed up to play for the Los Angeles Trade Technical College. However, around this time, another tragedy awaited him as the assistant coach bruised his spinal cord and fractured his C-4 vertebrae in 3 places while play-wrestling with his roommate. This accident left him completely paralyzed from the waist down and put a full stop to his professional basketball career.

Although all seemed lost for Ken after the incident, Richard Wells, his coach from the Los Angeles Trade-Tech College, encouraged him to try his hand at coaching. Since Richard had experienced Ken’s leadership abilities firsthand, he believed Ken would be the perfect person to guide young players toward excellence. From that time onward, Ken never looked back and has made quite a name for himself as a basketball coach. His players have gone on to win several distinctions as well as awards, and Ken is considered to be one of the best in the business. Eventually, in the 2015-16 season, Ken decided to pledge his services to the ELAC basketball program and quickly became Coach Mosley’s right-hand man. Besides, his incredible contribution was recognized when JUCO Men’s Basketball put Ken’s name on the list of the 50 most impactful coaches in 2020.

Where Is Coach Kenneth B Hunter Now?

While Coach Ken’s drive for excellence and demand for perfection helped him achieve immense success, he is known for connecting with players on a deeper level and helping them in their lives both on and off the court. Currently, Ken earns a living as an assistant coach under John Mosley at ELAC and functions as the Lead Recruiter for the college’s men’s basketball program. Moreover, he is an integral part of the California Basketball Association, where he serves as the General Manager and Head Coach. Besides, Ken’s social media reveals that he is also associated with the Drew League as a coach. Even in Ken’s personal life, he is happily married to Ingrid Hunter, and the couple shares five wonderful children. From the looks of it, Ken and his loving family reside in Los Angeles, California, and we wish them the very best for the years to come.

Read More: Last Chance U Basketball Season 2: Where Are the Stars Now?