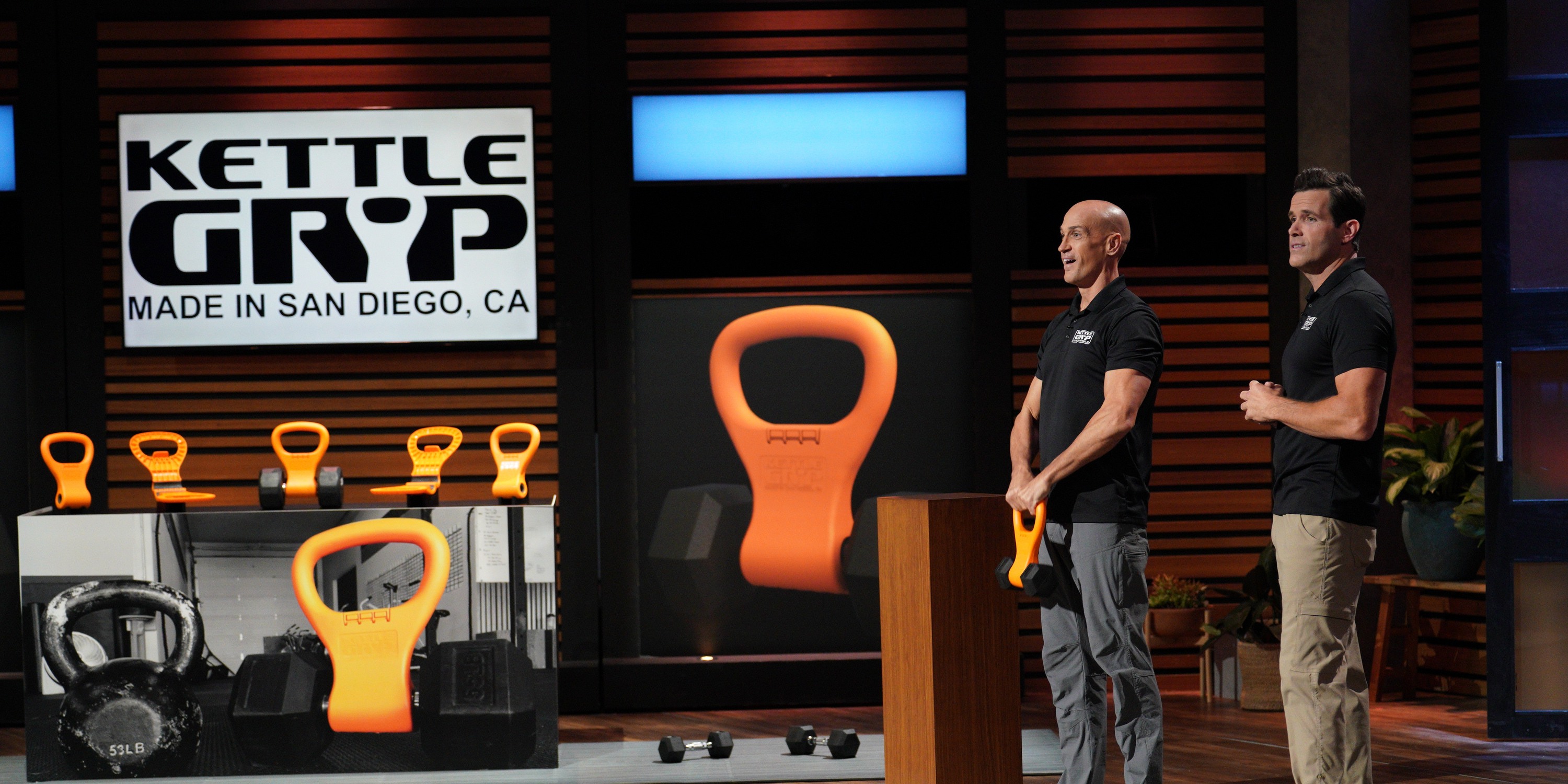 Daniel Sheppard and Andrew Martin hoped for a life-changing investment when they presented Kettle Gryp in season 13 episode 13 of ‘Shark Tank.‘ A handy little product that saves money by converting a dumbbell into a kettlebell, Kettle Gryp seems like the perfect product for people who want to build a home gym on a budget. Let’s take a detailed look at the product and trace its growth, shall we?

Kettle Gryp: Who Are They and What Do They Do?

The brains behind Kettle Gryp — Daniel Sheppard and Andrew Martin — are workout enthusiasts who are always on the lookout for cheap yet durable home gym equipment. Daniel earned a Bachelor’s Degree in Biology from Union College and has headed several companies in the San Diego area. In 1999, he took on the position of President and Ceo at Elite Concessions Inc. Since 2016, Daniel has held the role of President at Pangolin Design Group, LLC.

On the other hand, Andrew is a military veteran and was involved as a helicopter pilot for the marines. He currently holds the prestigious position of Chief Executive Officer at the Pangolin Design Group. Kettlebells and dumbbells are two different yet equally important pieces of equipment in a gym. While a kettlebell has the weight below the grip and allows a two-handed approach, dumbbells have the weight evenly dispersed on either side and can only be gripped in one hand.

Due to their varying characteristics, both pieces of equipment are used for different exercises and training. When Daniel and Andrew studied the market, they realized that buying both dumbbells and kettlebells burned quite a hole in the pocket of the customers. Moreover, purchasing both weights introduced an issue of storage, and it was also not practical to spend so much on the two and then fall short when buying other gear.

At first glance, the Kettle Gryp looks precisely like the handle of a kettlebell without the weights. Made of high-quality plastic, it can open up from the middle and attach itself to any dumbbell, turning it into a kettlebell, and a well-placed latch makes sure that it doesn’t come undone. While kettlebells are impossible to travel with, the Kettle Gryp is exceptionally lightweight, portable, and even solves the issue of storage space. Additionally, Daniel and Andrew even kept the price of their product at the bare minimum; incidentally, it is a lot cheaper than buying an original kettlebell.

Where Is Kettle Gryp Now?

Once Daniel and Andrew finalized their prototype, they were lucky enough to find a manufacturer in the United States. Launching in 2016, they were pretty taken aback by the positive response from the community, and their business grew through leaps and bounds. The initial stock got sold out pretty soon, and the growing popularity had both Andrew and Daniel working hard to satisfy the ever-increasing customer base. Moreover, in an effort to reach even more people, the company even tried its best to get the product on the shelves of several supermarket and retail store chains.

Currently, a Kettle Gryp will set one back by $34.95, which is much lower than the cost of a kettlebell. Interested customers can purchase the product from their official website and Amazon, while those who prefer offline shopping can find Kettle Gryps at Wal-Mart, Target, and Dick’s Sporting Goods. Besides, the company even provides attractive discounts on their website and has a complete tutorial for first-time users.