Who is King Arthur? Was He A Real Person? 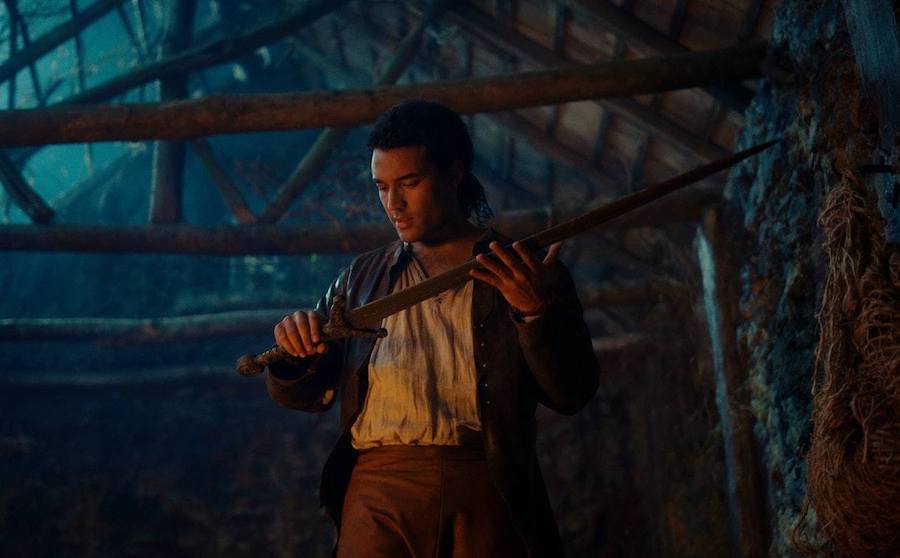 Netflix’s ‘Cursed’ follows the story of a young girl named Nimue, who comes across a mysterious sword that gives immense power to whoever possesses it. The story gives a twist to the story by making a side character the protagonist. In the original legends, however, the sword belonged to King Arthur. In the show, he is presented as a mercenary, with no royal connections, who has to earn the trust and love of the people around him. Instead of prophesying him as the king who was promised, it turns him into the commoner who is just another pawn in the story of another character. The legends portray him a rather, if not completely, different light. Here’s what you should know about him.

Who was King Arthur?

King Arthur is best known as the figure who wielded the legendary sword, Excalibur. According to the legends, he is the son of King Uther Pendragon, who used the help of Merlin to disguise himself as Igraine’s husband and seduce her. In a number of versions, Arthur is considered to be their illegitimate son. However, there are some variations that lean in favor of his legitimacy. Due to the controversy surrounding Arthur’s birth, Merlin advised Uther to let him be raised away from the court in secrecy. In some versions, it was Merlin himself who brought him up, but in others, he was raised as a ward of one of the knights.

After Uther’s death, the knights and the nobles started to fight for supremacy, which is when Merlin laid the terms for the future king as the wielder of Excalibur. Many attempted to get the Sword in the Stone for themselves, but it ultimately fell in the hands of Arthur, who was then crowned king. In another version, the sword mentioned by Merlin is not the same as Excalibur. In fact, it is believed to have been bestowed on Arthur by the mysterious Lady of the Lake.

After becoming the king, Arthur worked towards the good of his kingdom. He led a war against Saxons and assembled a group of the best knights in the kingdom, who came to be known as the Knights of the Roundtable. Much like Uther, Arthur was assisted in his reign by Merlin.

Trouble begins for the king when his wife Guinevere falls in love with one of the knights, Lancelot. This leads to tensions in the court and Lancelot flees to France. Arthur follows him and leaves his nephew, Mordred, in charge. On returning, he discovers that Mordred has seized the power for himself. This leads to a terrible battle where most of his knights are killed and he is severely wounded. He throws Excalibur in the lake and leaves for the mystical island of Avalon to tend to his wounds. He is not declared dead in any version of the legend. Instead, it is believed that he has been cured of his wounds and would one day return to reclaim his power and lead his people, becoming “once and the future king”.

Was King Arthur A Real Person?

Even though Arthur is considered one of the most famous British kings, historians don’t count him as a real figure. At best, he is considered to be an amalgamation of several kings and knights, merged to create one heroic character. Historical figures like Owain Ddantgwyn and Riothamus are considered to be the inspirations for Arthur, especially considering the common detail in which all of them lead successful campaigns against Saxons, among others.

One of the earliest mentions of Arthur comes in the 9th-century work, ‘The Historia Brittonum’, which lists twelve battles fought by him. One of them is the Battle of Badon, which also finds a reference in the 10th century Annales Cambriae, which further mentions the Battle of Camlann, where Arthur was fatally injured. He is also mentioned in the Welsh Triads, as well as in the writings of the 6th-century monk, Gildas. Aneirin’s Y Gododdin and the work on Welsh traditions, The Mabinogion also give more weight to the persona of Arthur.

However, none of these accounts is considered trustworthy by historians, who demand concrete evidence in favor of any theory. For most of them, Arthur is still a figure of fantasy who managed to get a stronghold on the imagination of the general populace simply because of the fantastic tales woven around him.