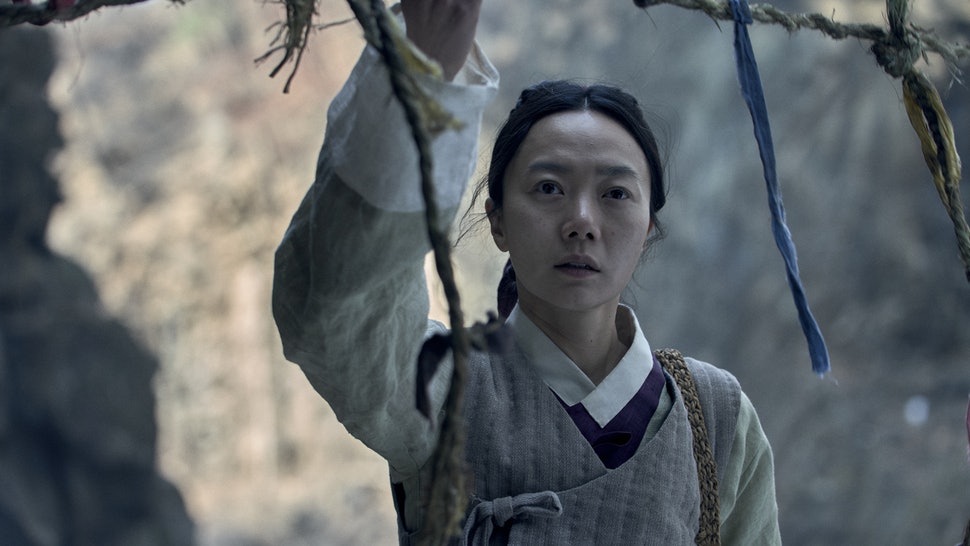 Kingdom will probably rank top in the category of shows that confused potential viewers with its nomenclature. Without context, when the mention of ‘Kingdom’ is made, it will invariably point towards the epic-scale manga series by Yasuhisa Hara – which also coincidentally has one of the most ambitious art in contemporary manga, rivaling the likes of Miura’s work on Berserk. However, while Netflix’s Kingdom may share the name, or some of the aesthetics on a cursory glimpse, even, it is in no way related to Yasuhisa’s manga.

Kingdom, the manga, is a grim-dark and down-to-earth realistic look at its ancient Chinese setting during the Warring States Period, while Netflix’s show is an original production set in fifteenth-century Korea, and takes a sudden turn directly into the horror genre with fantasy and supernatural elements. The show made its debut on January 25, 2019, on Netflix.

Kingdom Cast: Who’s in it?

Kingdom will definitely come off as one of the biggest productions in recent years in terms of a star-studded cast, and it is no surprise given the high production value the show holds thanks to Netflix’s direct involvement in its making. For those of us not too familiar with the K-drama or South-East Asian entertainment scene in general, they will not come off as recognizable at a glance, but we do not exaggerate when we say that the stars in these show are nothing short of household names in South Korea and thereabouts. You may have figured out as much from the cover art if you have seen it, but for formality’s sake: the man at the forefront is Ju Ji-hoon, who has been landing one hit dramedy after the other in recent years, including Mask, Along With The Gods: The Two Worlds, The Spy Gone North, and Dark Figure of Crime.

Ju ji-hoon plays the protagonist in the show, next to Ryu Seung-ryong of Miracle in Cell No. 7 fame (also regarded as one of the most versatile actors who does supporting characters in K-drama), who plays Cho Hak-ju. There is a chance you will recognize Bae Doona as Seo-bi, because the veteran actress has starred in a Park Chan-wook film, Sympathy for Mr Vengeance (2018).

The rest of the cast, including some recurring characters, includes Kim Sung-gyu as Yeong-shin, Kim Sang-ho as Moo-young, Heo Joon-ho as Hyun, Kim Hye-jun as Queen Cho, and Jung Suk-won as Cho Beom-il. Although the cast for season 2 has not been officially announced yet, we can safely surmise that at least Ju Ji-hoon, Ryu Seung-ryong, and Bae Doo-na will return as the actors representing the core leading figures of the show.

Kingdom Plot: What is it about?

On first look, Kingdom may seem like another period-piece that will settle itself over political intrigue, perhaps even militaristic conflict as a backdrop, enjoying its occasional clang of swords and battle of wits – but it is nothing of that sort. The trailer for the show itself chalks out on the forefront that the plot of the show is a heavily tweaked version of Oedipus Rex’s premise (although the comparison may be too far-fetched, given that it never sets itself up as a classical tragedy).

The difference is that instead of a miasma of plague, the crisis of the land here is a curse that turns people undead. Rather than going Miyazaki’s Dark Souls route to actually distinguish the undead as a thematic tarpaulin to stretch out elements of ‘hollowing’ or existentialism over it, Kingdom instead went for a classic zombie outbreak route, as it appears from the looks of it so far.

The plot’s premise catches the Crown Prince Yi-change in a Joseon-period political conspiracy. Without spoiling the details too much, the overarching plot has him compelled to undertake an investigation on the spreading undead plague that has engulfed the southern provinces of the empire and (spoiler alert) the emperor himself. And so the journey of the crown prince begins aided by Seo-bi, a physician, and the enigmatic plus-one, Yeong-shin, as the people of the realm remain clueless as to what is going down. It also foreshadows a conspiracy plot heavily with Minister Cho Hak-ju set up as the stereotypical evil mastermind who plans to take the throne for himself.

Kingdom season 1 released on January 25, 2019. Netflix’s recent attempts to make their international presence stronger by the day have not gone unnoticed. For one, their multi-million dollar investment into becoming a mainstream anime distributor has been well-documented, and the bigger agenda and reasons for pushing towards a larger international subscriber base becomes clearer once we look at the numbers – over the last two years, there is much more traffic in the rest of the world than there is in the U.S. for Netflix, the latter being the primary market they set up shop in.

With the second season already well into its production stage by now, the hype is naturally mounting up for the season 2. Fans are eager to know how their favourite characters will fare in the next season. If you have not watched Kingdom yet, this also makes it a great time to dig into the show, because we believe it will be here for a while and you will be missing out if you give it a pass. A good place to start would be the official trailer for the debut season to get a sense of what the show is all about, which you can watch below. You can head to Netflix to watch all the episodes of Season 1.