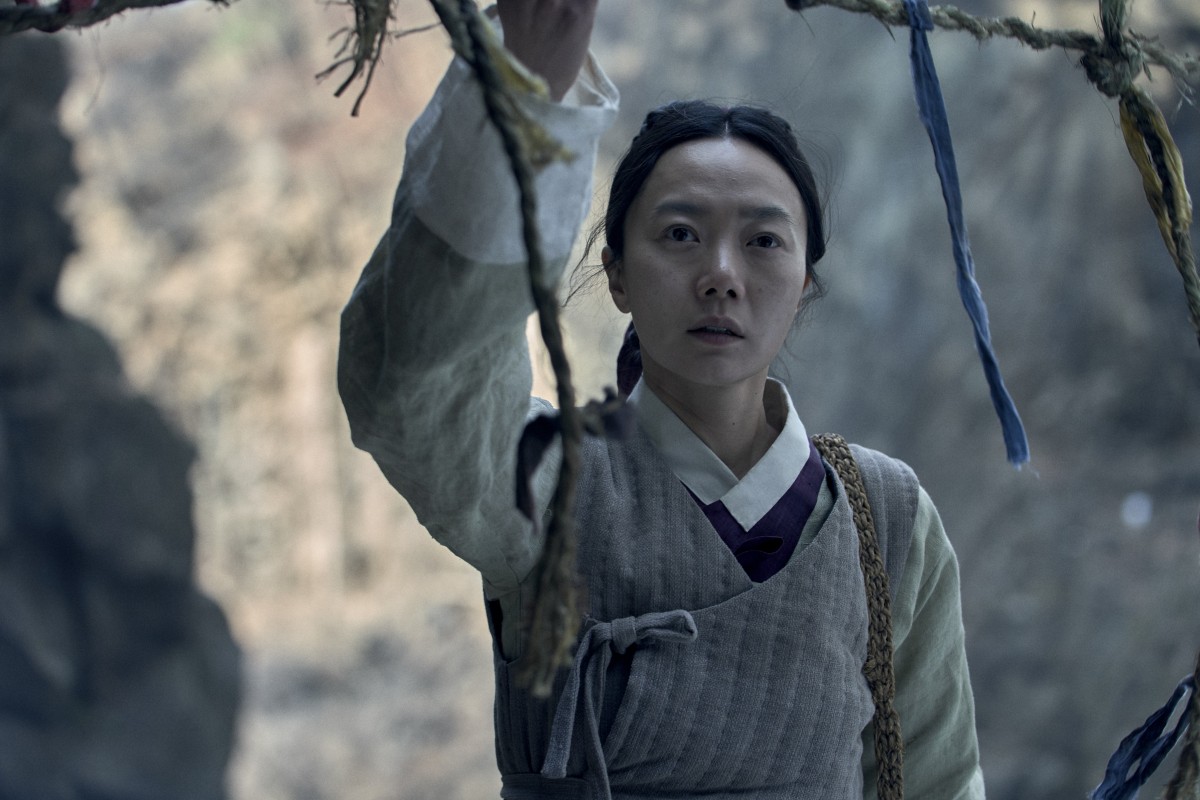 In the previous decade, shows like ‘The Walking Dead’ and movies like ‘Zombieland’ exhaustively explored all the angles of zombie-horror. After a while, returning to the post-apocalyptic world infested with a virus that turns people in mindless cannibals became a chore. The only show that tackled it differently, even if as a very minor arc of its story, was ‘Game of Thrones’. The undead of GRRM’s story were unlike any we had ever seen before and they were scary. But as mindless as they were supposed to be, it looked like they took over the last season, or so, of the show and it all went to hell.

If I had to summarise the second season of ‘Kingdom’ in a handful of words, it would be the observation that it is exactly what the last season of GoT should have been. Bloody and scary with a dense plot that expands the horizons of its characters as well as the mythology of the mysterious plague, this is the ending that we deserved. We didn’t get that for Westeros, so Netflix gave it to us in the form of the Joseon dynasty. And what a marvel it has turned out to be.

Crown Prince Lee Chang fought his way across the country with a handful of people and eventually found himself at the gates of Sangju, defending the city from the undead. Previously, it was believed that the ones suffering from the plague would only come out at night. But now, they are out during the day, and Chang is at his wit’s end. Meanwhile, Seo-bi and Beom-pal, who had been trapped at the waterfall, make their way up the mountain and end up in Mungyeong Sangjae, where Lord Cho is ready to plan his next move against Chang. The Queen has hatched a plot of herself to take control of the kingdom. 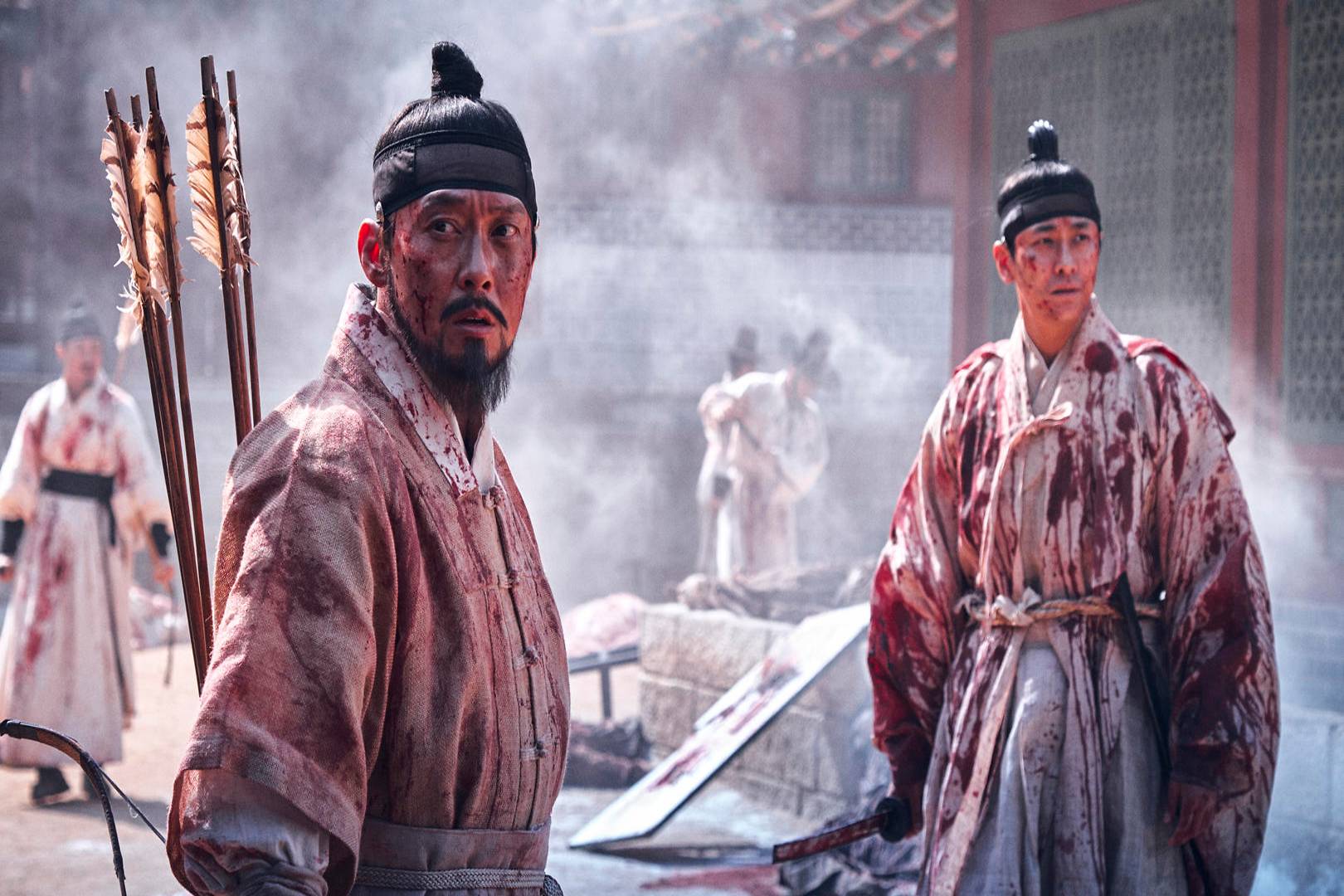 If the first season of ‘Kingdom’ was great, the second one surpasses the expectations by all measures. Picking up right after the events of the first season, where the Crown Prince and his people were left gaping at the zombies running towards them in broad daylight, the series begins with a nail-biting episode. You are on the edge of your seat the entire time, and when the situation finally cools off, the series moves on to the next problem.

The excitement that it starts out with never fades away. At the end of each episode, the viewers are left with the cliff-hanger that compels them to watch the next one, and then the next, and the next, and before you know it, the season is over and you have to wait another year to see what’s in store for the Joseon empire.

The inventive mix of horror and historical-fiction gives an unexpected edge to the story and allows the storytellers to do something unique with the genre that has been twisted and turned so much in the past decade that all the stories feel the same now. The Netflix series would have fallen into the same pit of bland routine, but instead of going the usual way, they made it a thrilling experience, the one you simply can’t have enough of.

Limiting the season to six episodes, just as was done with the first one, ‘Kingdom’ distils the story right to its essence and spreads it out with a consistency that makes it worthy of every second the viewer spends on it. Even though the central conflict is the mysterious plague that has gripped the country, the story keeps it balanced with the political scheming and backstabbing that keeps the thrill alive even if the zombies are not around. When the humans seem more dangerous than the undead, you know that the story has succeeded in its endeavour.

Much like the first season, ‘Kingdom’ woos its audience with the picturesque shots of medieval Korea. The striking visuals paired with the elaborate costumes and grand palaces are a feast for the eyes, especially if you are a history nut who likes to pick at such details. The vivid contrast between day and night, which was emphasised on in the previous season, is toned down a little to set the wintry mood and give you a chilly feeling as you wait with bated breaths for the zombies to come out of the cover of the fog.

‘Kingdom’ exceeds the expectations set by the first season and with the ending, which is another tense experience, sets the stage for the third season. Before that, in an intelligent move, it clears several subplots off the table, so we know that there will be no unnecessary stretching of outdated ideas. The writers know exactly when a certain arc or a certain plot should be concluded, and this is what convinces us that they will not allow this show to turn bad later.