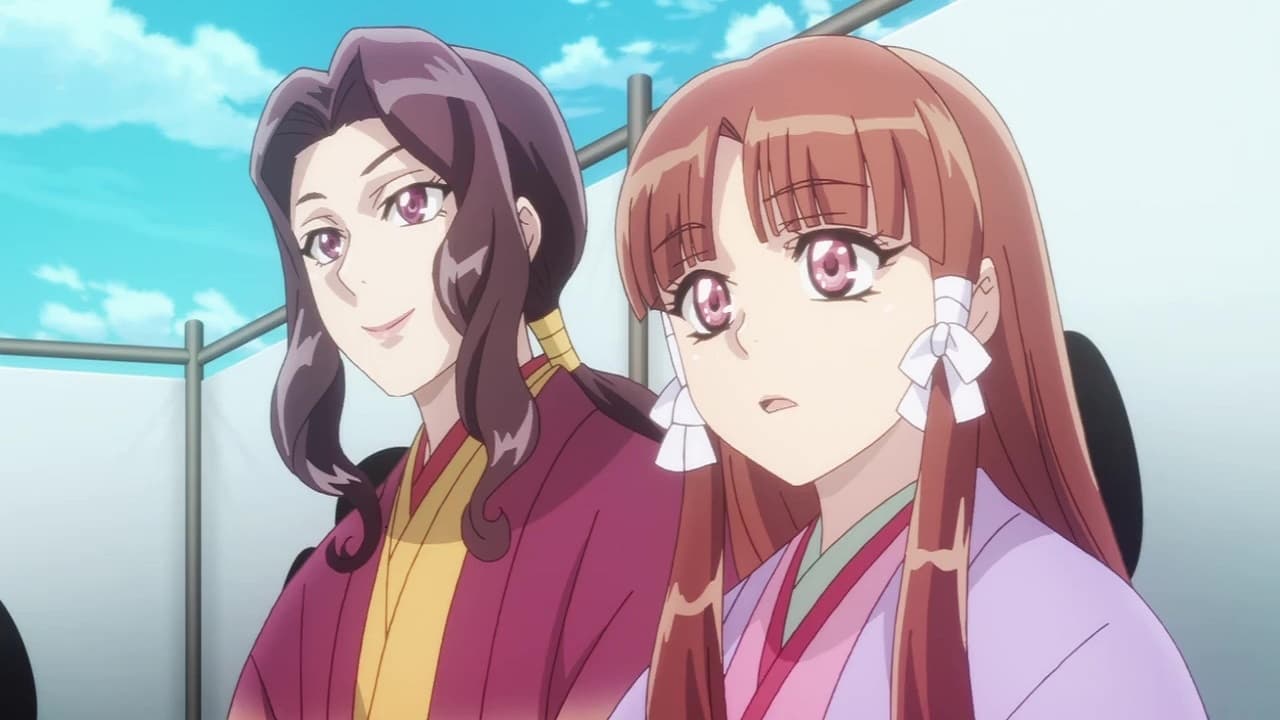 ‘Kochouki: Wakaki Nobunaga’ is unlike any other anime shows of this season. If you love historical dramas that revolve around the Sengoku Era, this is one show you would not want to miss out on. It takes you through the famous tale of Nobunaga. The tale has often been written in several different ways; but Nobunaga’s tact and powers are details that all of these varying tales have always had in common. The anime perfectly embodies these traits of the character and takes you through a well-written story that also includes several lesser-known aspects of Nobunaga’s life.

The animation quality and the art style are just perfect for the show’s setup and so far, even the music has played a major role in illustrating certain events of the show. Every aspect of it has been very well thought out and has been paced in such a way that even if you’re not too familiar with the actual historical events, you will be able to enjoy it. Overall, this show really deserves more recognition and it is surely a rare gem that you don’t want to miss out on.

Kochouki: Wakaki Nobunaga Season 2 Release Date: When will it premiere?

‘Kochouki: Wakaki Nobunaga’ Season 1 premiered on July 8, 2019 and with a total of 12 episodes, it came to end on September 23, 2019. The anime has an entirely original story which means that it has not been adapted from any kind of source material. Because of this, the creators of the anime have the freedom to decide where the story will be heading in the future and based on the show’s success, they can also decide if they want to come out with a sequel or not. So unlike most other shows out there, the source material is not at all a determining factor for its renewal.

If we look at all the anime that have been previously produced by Studio Deen, most of the popular shows like ‘Konosuba‘ and ‘Log Horizon‘ have more than one seasons. So clearly, if ‘Kochouki: Wakaki Nobunaga’ manages to gain a decent fan following after its first season, the Studio will not hold itself back from renewing it. So far, the show’s ratings on most platforms suggest that it is slightly below average and if these ratings do not get any better with time, a season 2 would be less likely. Also, the overall BD/DVD sales will further play a major role in its continuation.

As of now, it is a bit too soon to say anything, but we can expect some news regarding the next season of ‘Kochouki: Wakaki soon. Our estimate suggests, ‘Kochouki: Wakaki Nobunaga’ Season 2 can release sometime in 2021 or later. Till then, you should definitely check out our list of other similar samurai anime.

You can still stream ‘Kochouki: Wakaki Nobunaga’ on Hulu with its original Japanese audio and English subtitles.

‘Kochouki: Wakaki Nobunaga’ is a historical drama that takes you through the life of Oda Nobunaga. It first introduces you to his most significant teenage years that later led him to become a warlord. The second half of the anime sheds light on the years that follow where he and his younger brother face succession and betrayal from their own people. It’s these struggles that later force them to transform from being young teenagers to strong bold warriors.

Oda Nobunaga, son of Nobuhide Oda, is a daimyo from the warring states era. As a child, he was nicknamed Kippoushi and he would often go around doing silly things which embarrassed his family members. He has always been curious about the world around him and has a special interest in rare foreign objects. He proves to be a very brave warrior during the warring era and always makes sure that his beloved comrades are safe when they are with him.

Known for his irreproachable conduct and excellent manners, Oda Nobuyuki is Nobunaga’s blood brother. From a very young age, unlike his brother, he was deeply respected by everyone and he often feels a little awkward when everyone tells him that he will be the family’s next head. He has always looked up to his elder brother, but Nobunaga’s constant conflicts with the family always bother him.

Son of Nobuhide Oda’s vassal, Tsuneoki is almost like an adoptive brother to Nobunaga. Just like Nobuyuki, he is very well mannered and because of his sense of responsibility, everyone around him holds a lot of respect for him. Since he and Nobunaga were raised as real siblings, he puts his friendship with him above everything else; but at the same time, he also hates how careless Nobunaga can be a lot of times.