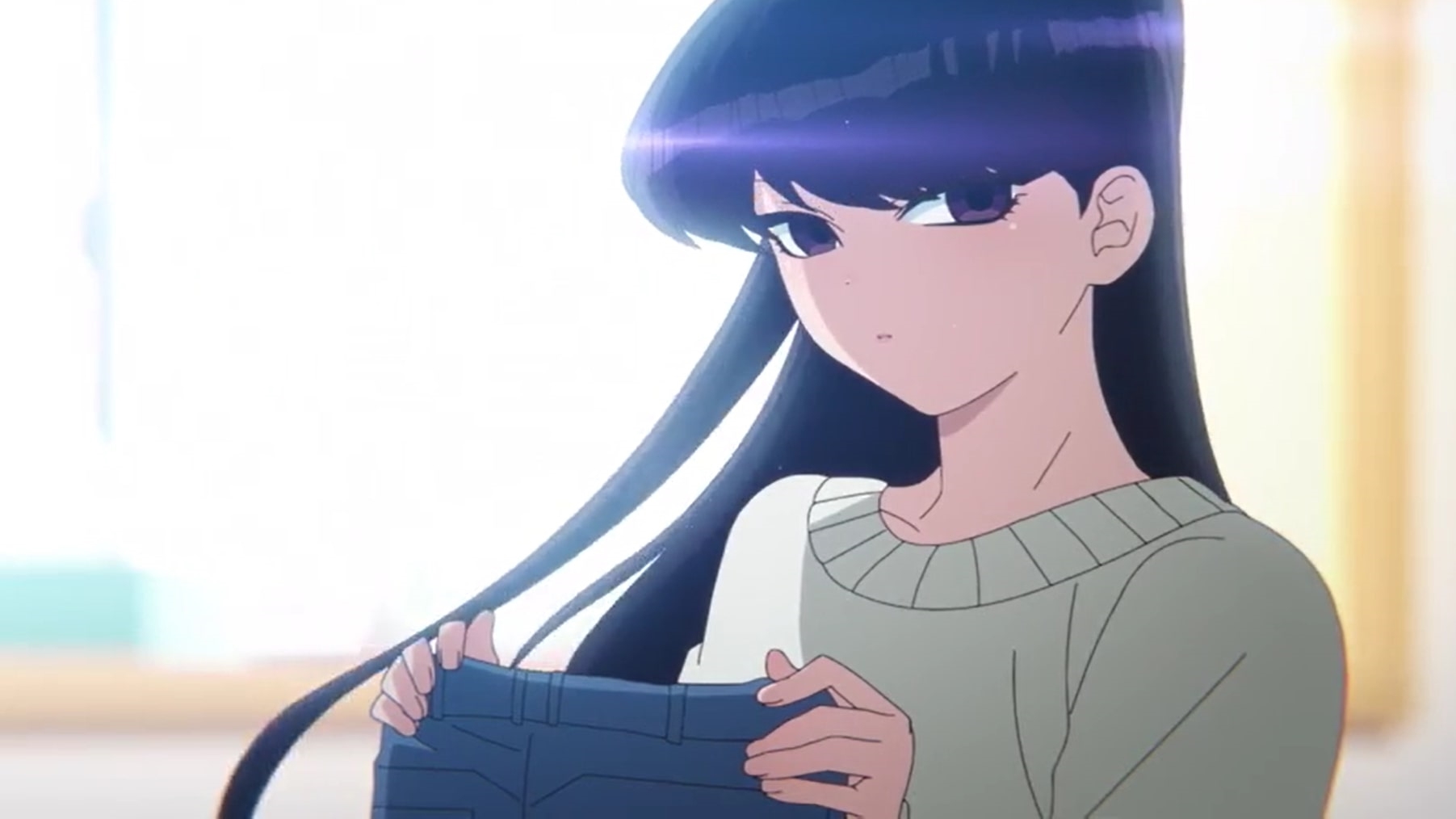 In the fourth episode of ‘Komi Can’t Communicate‘ season 2, titled ‘Merry Christmas,’ the show revolves around the friends of the titular protagonist as they plan a birthday surprise for her. Meanwhile, Komi goes to the market with her brother, Shousuke. Later at her home, everyone plays the King Game, including Komi’s mother. Here’s everything you need to know about the ending of ‘Komi Can’t Communicate’ season 2 episode 4. SPOILERS AHEAD!

Komi is getting bored at her home as she tries to figure out what she should be doing on Christmas eve as she has not planned anything so far. That’s when Komi receives a call from Najimi, who informs her that everyone is coming to have a Christmas party at her house and she should buy gifts for them as soon as possible. Realizing that they will come in a few hours, Komi panics and turns towards her brother Shousuke for help. 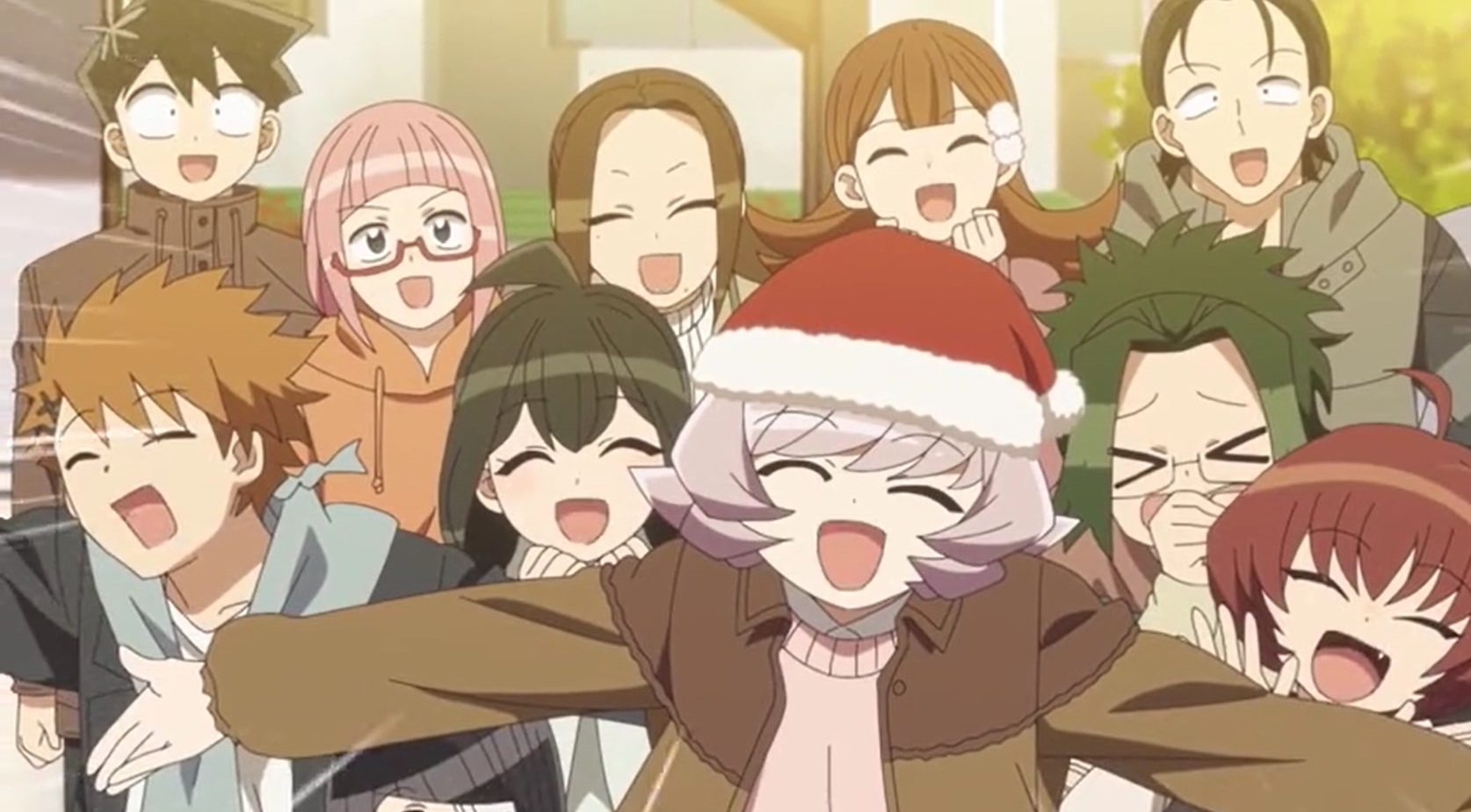 He reluctantly takes her to the nearest shopping mall but is uninterested in helping her pick presents for her friends. As he is about to leave, Komi insists that he waits just a little longer and offers to narrow down the gifting options to just 3. Sadly Shousuke is not impressed when he realizes that Komi has picked decorative candles, a reindeer motif flower vase, and a dancing Santa figure. Luckily, after a long search, she finally finds the ideal present but then tries to give her purse to Shousuke so that he will pay and she can avoid talking to a stranger.

Meanwhile, Tadano, Najimi, and Komi’s friends from school are also looking for a gift for the birthday girl. Najimi turns the chore into a fun game of choosing a present. Everyone can use a budget of up to 5,000 yen, and the winner will be the one whose gift excites Komi the most. With that clarified, everyone begins to hunt for the ideal present for the titular protagonist. While some of them can’t think of anything, Yamai says that she will gift herself to Komi. Onemine picks pickled plums while Yadano thinks that whey protein will be the best present.

As all of them begin to share their ideas, it becomes increasingly clear that they don’t agree with each other. However, Tadano picks up a huge stuffed black cat toy, which costs 8,000 yen. He argues that instead of picking gifts separately, they should together present Komi the stuffed toy, which will also prove less expensive for them individually. Everyone appears to like the idea, and they eventually buy the stuffed toy. In the evening, Komi’s friends arrive at her home and surprise her with the gift.

Once they are in the house, everyone begins to play a hilarious mind game to figure out where Komi will eventually sit so that they can be with her. However, she herself chooses to sit with Tadano. In order to make things interesting, they begin to play the King Game, in which participants are given numbered sticks, and one of them becomes the king, who can order anyone randomly to do anything. When Najimi gets the chance, she makes Komi dress like Santa Claus. While this is not tough when Komi’s mother also participates and becomes the king, she makes Tadano kiss Shinobino on the cheek.

When Komi’s friends arrive at her house and surprise her with the big present, she just hangs onto the stuffed toy and does not react much. While some of them begin to speculate that she did not like the gift, this was not an out-of-the-ordinary reaction by the titular protagonist, who has a communication disorder. However, to their surprise, Komi does not even try to thank them for the present even when they spend time with her at her house. Later, when they say their goodbyes and head home, Tadano and his classmates begin to feel that she really didn’t like the gift, and there could be no more doubts about it.

A strange disappointment soon washes over them, but the silence is soon interrupted by the noise of cellphone notifications. All of them have received a text message from Komi in which she expresses her sincere gratitude and thanks them for celebrating her birthday with Christmas. She even clarifies that they should not judge how she feels about the gift from her first reaction, which is an indirect allusion to her social awkwardness and inability to express herself properly.