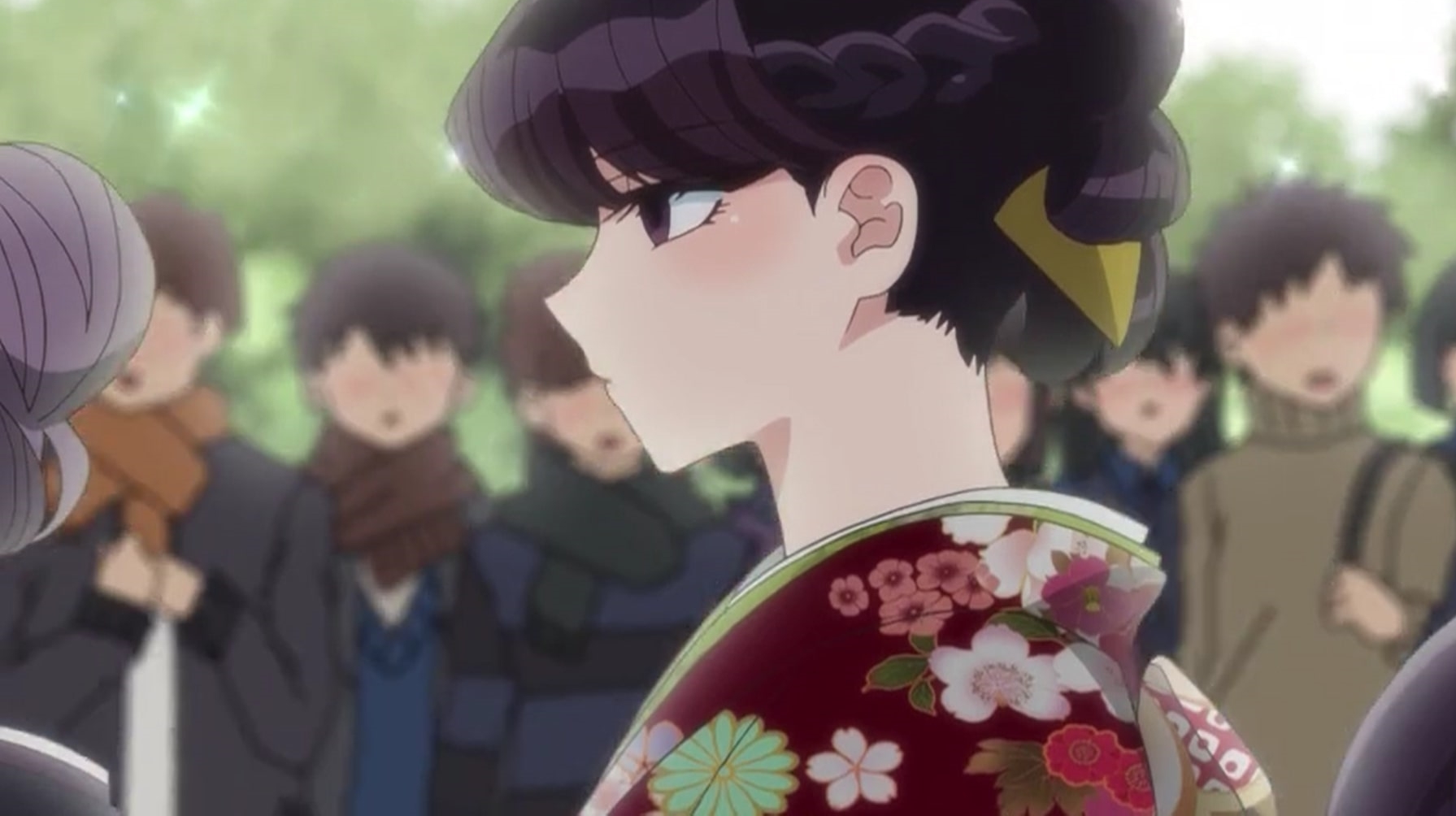 In the fifth episode of ‘Komi Can’t Communicate’ season 2, titled ‘Snowmen, Snowball Fight, Year’s End, and New Year’s Day,’ the show revolves around Najimi, Tadano, and Komi as they celebrate the first winter snow by playing outside and building a snowman. The titular protagonist later visits her grandmother, where she meets her cousin Akira, and the two have a great time together. Here’s everything you need to know about the ending of ‘Komi Can’t Communicate’ season 2 episode 5. SPOILERS AHEAD!

As she wakes up in the morning like any other ordinary day, Komi looks out of the window but surprisingly finds Najimi and Tadano standing and waving at her. She wastes no time in joining them and learns that Najimi saw the snowfall early in the morning and decided to head to Tadano’s house immediately so that they could call others and play. When Tadano makes a small snowman, Najimi suggests to Komi that they should make a bigger one. 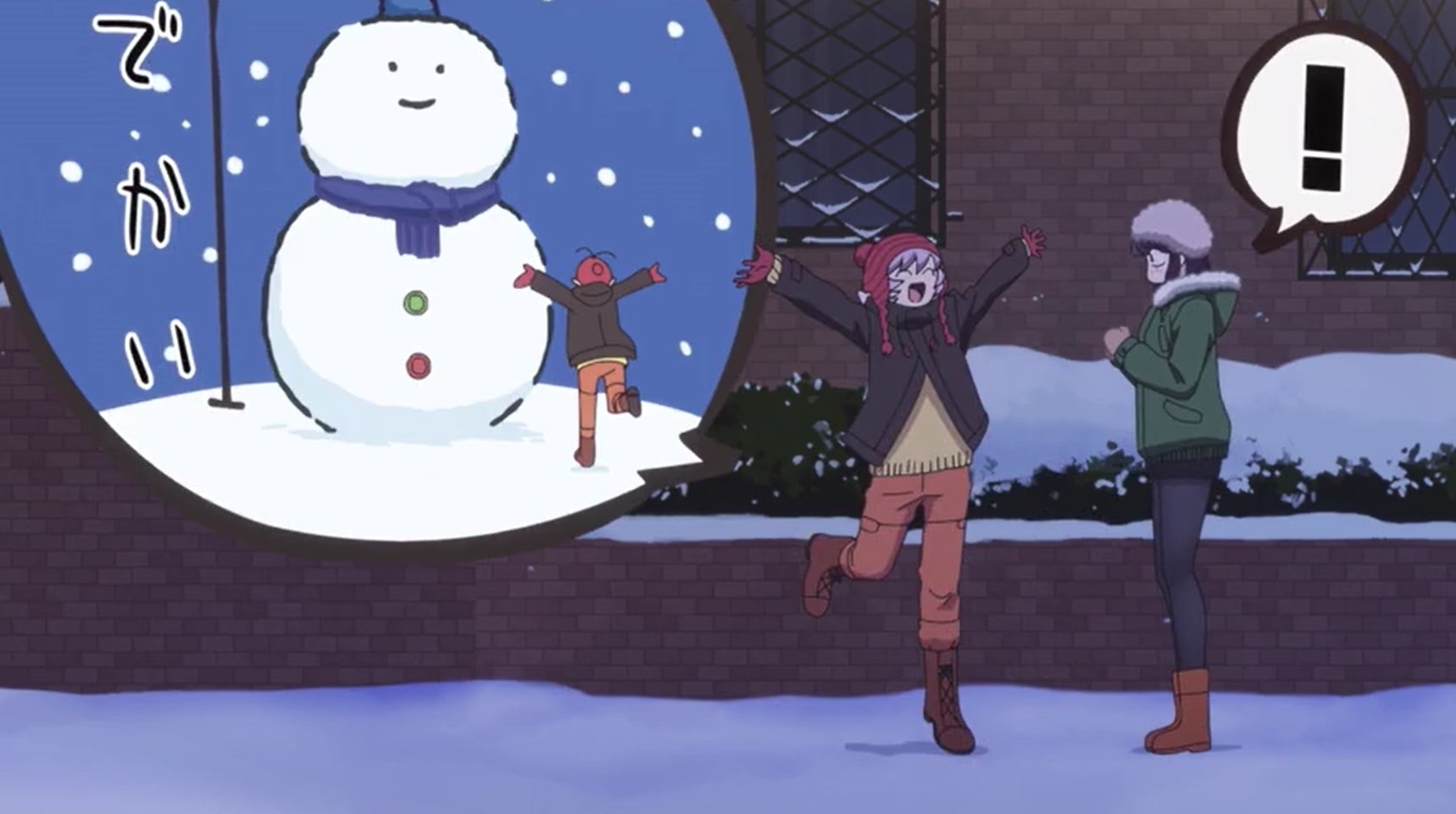 With each other’s help and a lot of hard work, the trio manages to build a huge snowman just outside Komi’s house. They take a break, after which they are joined by a few of their classmates and a group of elementary kids for a snow fight. While Najimi, Tadano, and the rest of the classmates form the high school team since the elementary kids are a player short, Komi has to join them. When the fight begins, Komi naturally becomes very defensive and cannot even manage to throw the snowballs at her classmates.

Meanwhile, an overexcited Najimi and Tadano outplay the elementary team, who were initially determined to prove themselves. Within a few minutes, almost all of their players are eliminated, leaving Komi and Shiota as the only ray of hope. Having watched his comrades fall to the ground one by one, Shiota loses his patience and tries to go out on an all-out offensive attack, leaving the protection of snow barriers behind. He manages to eliminate Tadano and Agari within a few seconds.

However, walking right in front of the enemy camp turns out to be a big mistake, and just when Shiota is about to turn his attention to other players from the opposing team, he receives a direct hit on his stomach and is immediately eliminated. Realizing that Komi is the only surviving member of their team, the elementary kids mentally give up the fight but are shocked when Komi walks straight toward the enemy team and eliminates Yamai to win the game.

It turns out that Yamai had eliminated her own team members because she wanted Komi to win the game. On New Year’s Eve, Komi’s family visits her grandmother’s place, where the titular protagonist meets her cousin Akira. The duo immediately hit it off, and Akira even teaches Komi to play hanafuda. Just when they are about to play against each other, their grandmother comes to the room and challenges the duo to play against her one by one.

The first match is played between Akira and Komi’s grandmother, who is absolutely confident of winning. Akira does not take her lightly and comes up with intelligent moves in the hopes of defeating her, but the grandmother turns out to be too good for her. She eventually manages to turn things around at the very last moment and wins. Meanwhile, when Komi’s turn comes to play the game, Akira has high hopes for her, but she also knows that her cousin has just barely familiarized herself with hanafuda. 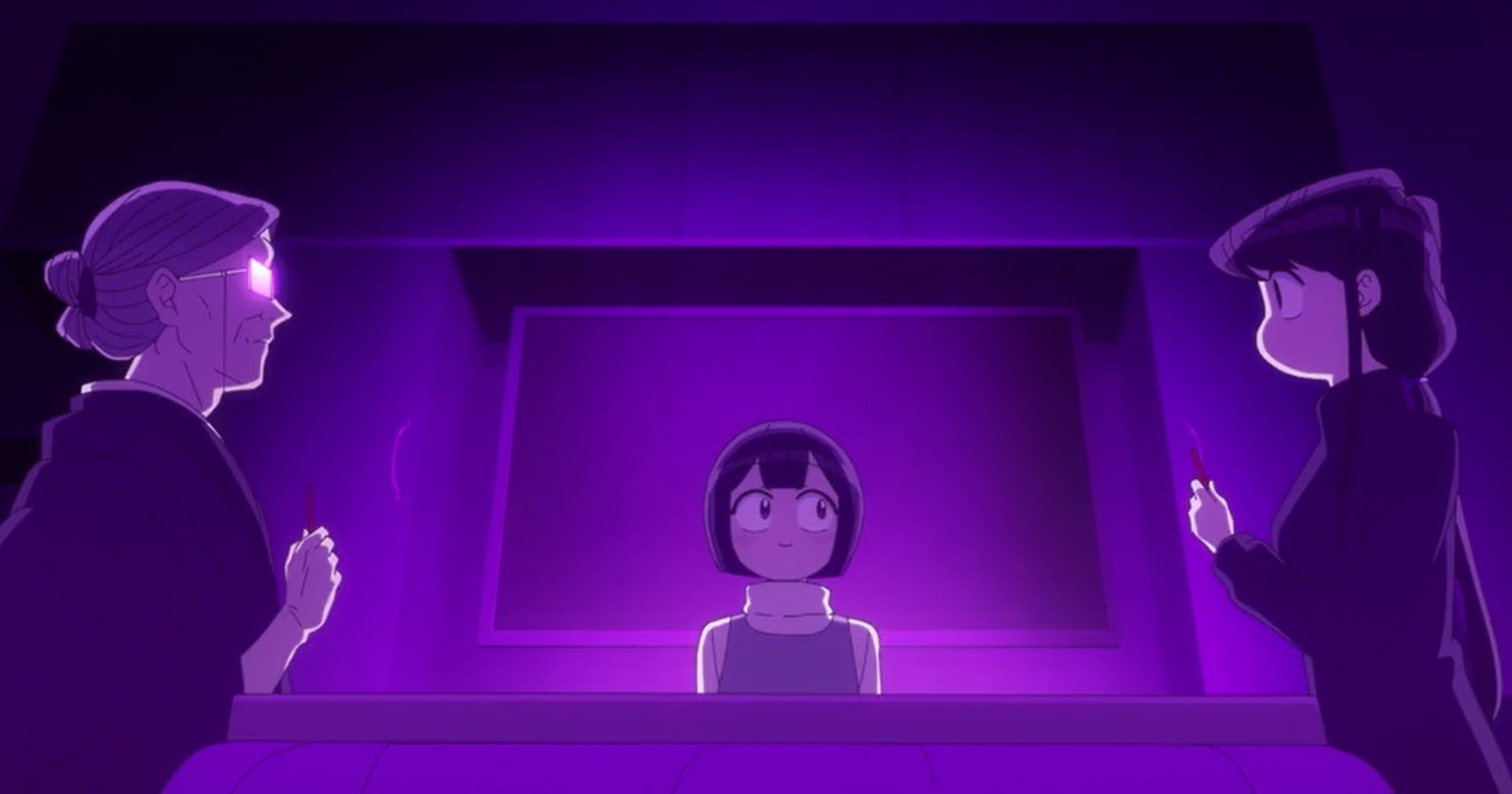 In the first few minutes, Komi follows one of Akira’s earlier advice to use the beautiful cards first. While this is a good strategy for beginner hanafuda players, it is not necessarily the best thing to do. As one move after another seems to backfire, Akira begins to lose all hope, but Komi has somehow used five brights consecutively, which is the highest-scoring combination, and ends up winning the game.

On New Year’s Day, Komi visits a shrine with her cousin and grandmother. She wears a traditional dress and looks so ravishing that she manages to draw the attention of everyone there. When she offers her prayers and makes a wish, her grandmother checks with Komi whether her last year’s wish came to be true. When she replies in the affirmative, her grandmother asks her to offer gratitude for the same, which Komi does without any questions. 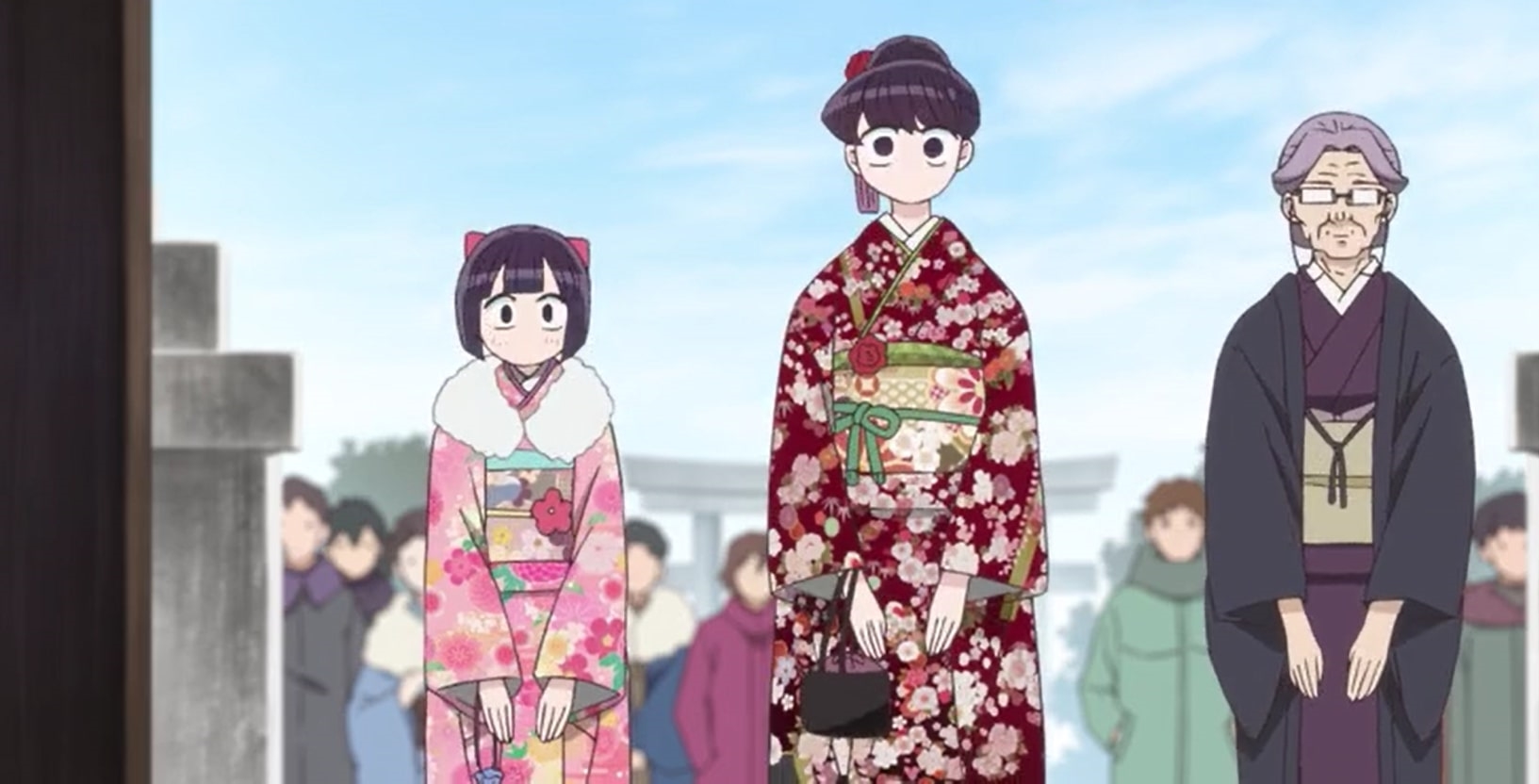 Since one of the shrine maidens is missing that day, Komi joins Inaka to offer her assistance to the people. When she struggles to communicate properly, Inaka gives her a paper so that she can write instead of trying to speak to everyone. After a bit of struggle, she manages to do well. Later, when their work is over, Komi thanks Inaka and wishes that they will hopefully get along with each other this year.