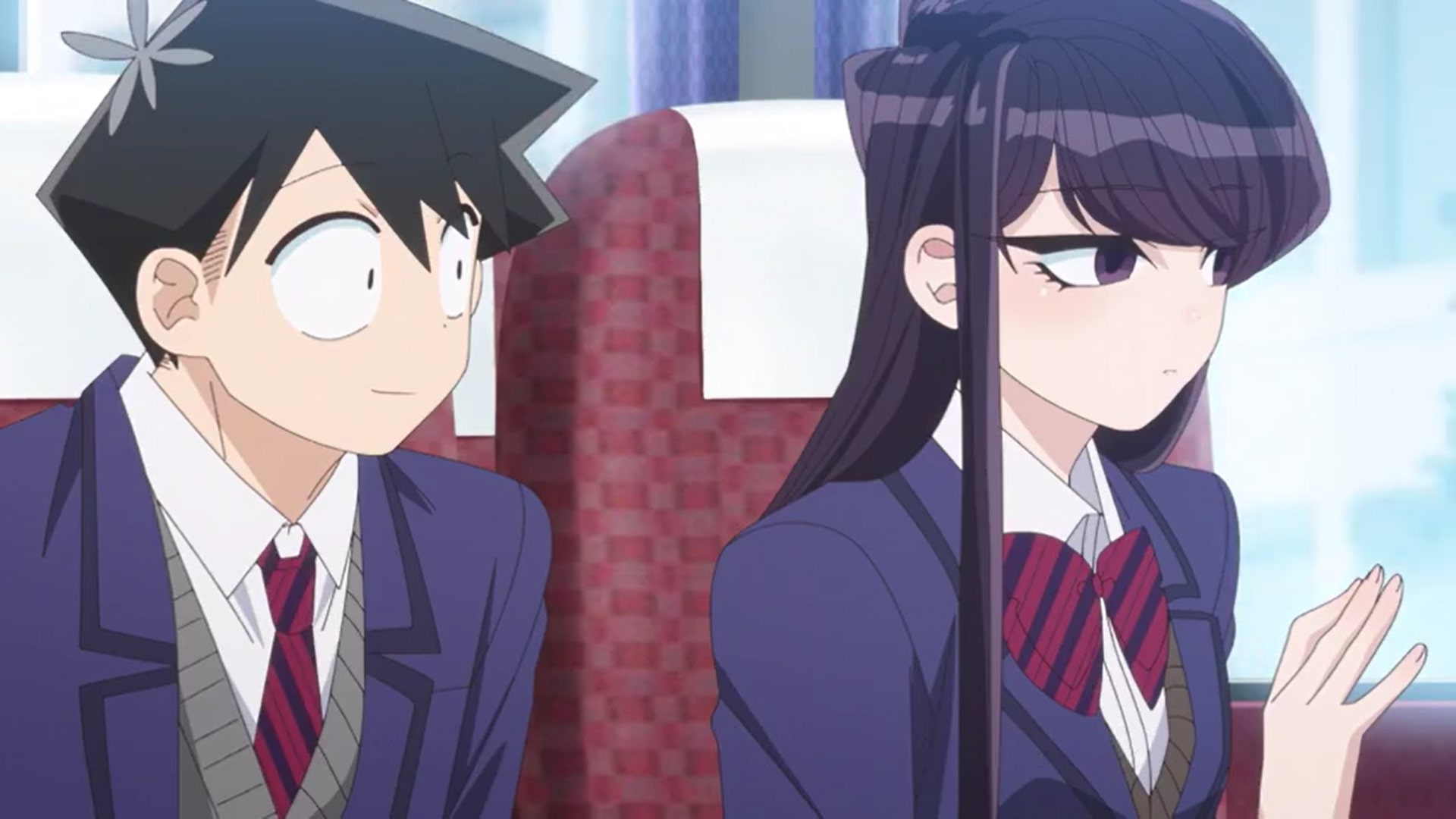 In the eighth episode of ‘Komi Can’t Communicate‘ season 2, titled ‘It’s just the school trip,’ Tadano and his classmates visit Kyoto for two days after randomly being divided into several groups. They get to see different temples and monasteries in the city while enjoying the beautiful riverside views as well. However, Komi struggles with a strange sense of alienation that continues to trouble her even when she tries to sleep that night. Here’s everything you need to know about the ending of ‘Komi Can’t Communicate’ season 2 episode 8. SPOILERS AHEAD!

Komi wakes up early on the morning of the school trip and, after meeting her mother, heads to the train station. She finds Tadano and Najimi waiting for her there. All the students soon board the bullet train along with the teacher. With her permission, Tadano takes the responsibility to check that the students are present on the same coach and no one is left out. 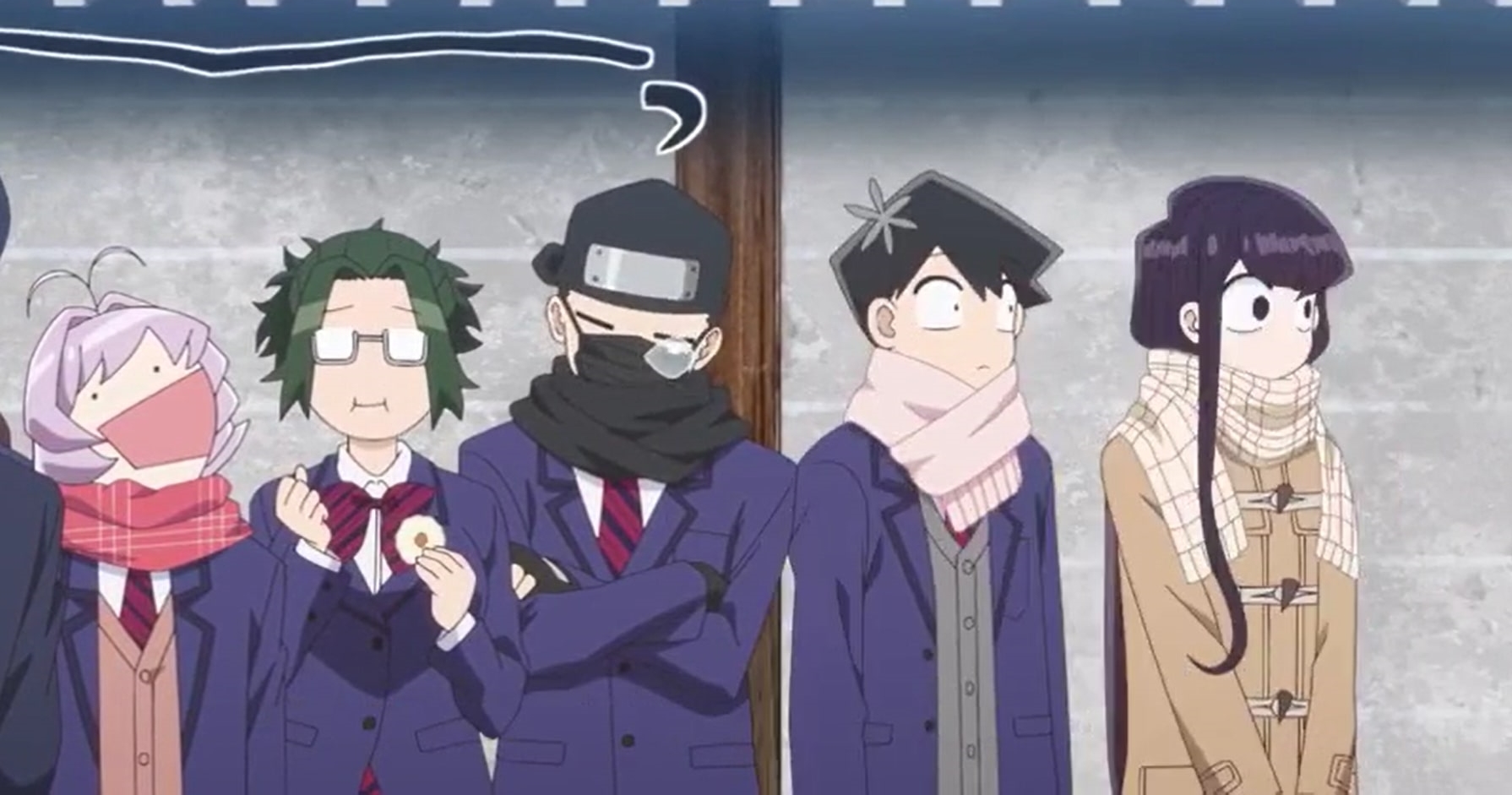 He is initially satisfied that all of his classmates in different groups are getting along well with each other but begins to worry when he realizes that he will be sharing the room with Katai and Naruse at the inn. As if this was not bad enough, he soon finds out that Komi is with Sasaki and Katou, both of who appear just as comfortable as her. Katou tries to break the awkwardness by offering her fellow classmates candy, hoping that it will be a good conversation starter.

Unfortunately, they just end up sitting in silence and eating all by themselves. But in a sudden moment of mutual understanding, Katou and Sasaki decide to make the school trip one of the most memorable days of Komi’s life. When students reach Kyoto, they board a bus where they are greeted by a guide named Tenjouin Ryouko. She confesses that she is just a newbie but promises to try her best and help the students enjoy as much as possible. Ryouko has memorized the 2500 pages of sightseeing guides, so when they reach their destination, she naturally has a lot to share about different monuments and places.

Unfortunately, the students appear to be enjoying each other’s company more than showing any interest in Ryouko’s description of the places they visit. Although the tour guide tries to do her best, no one really pays much attention to her throughout the day. Tadano and Komi regroup for a while and admire the local architecture together. After a long day, the students arrive at the inn. The girl and boys are separated. Since everyone will be taking a bath in a common area, Yamai eagerly waits for her chance to see Komi naked finally. 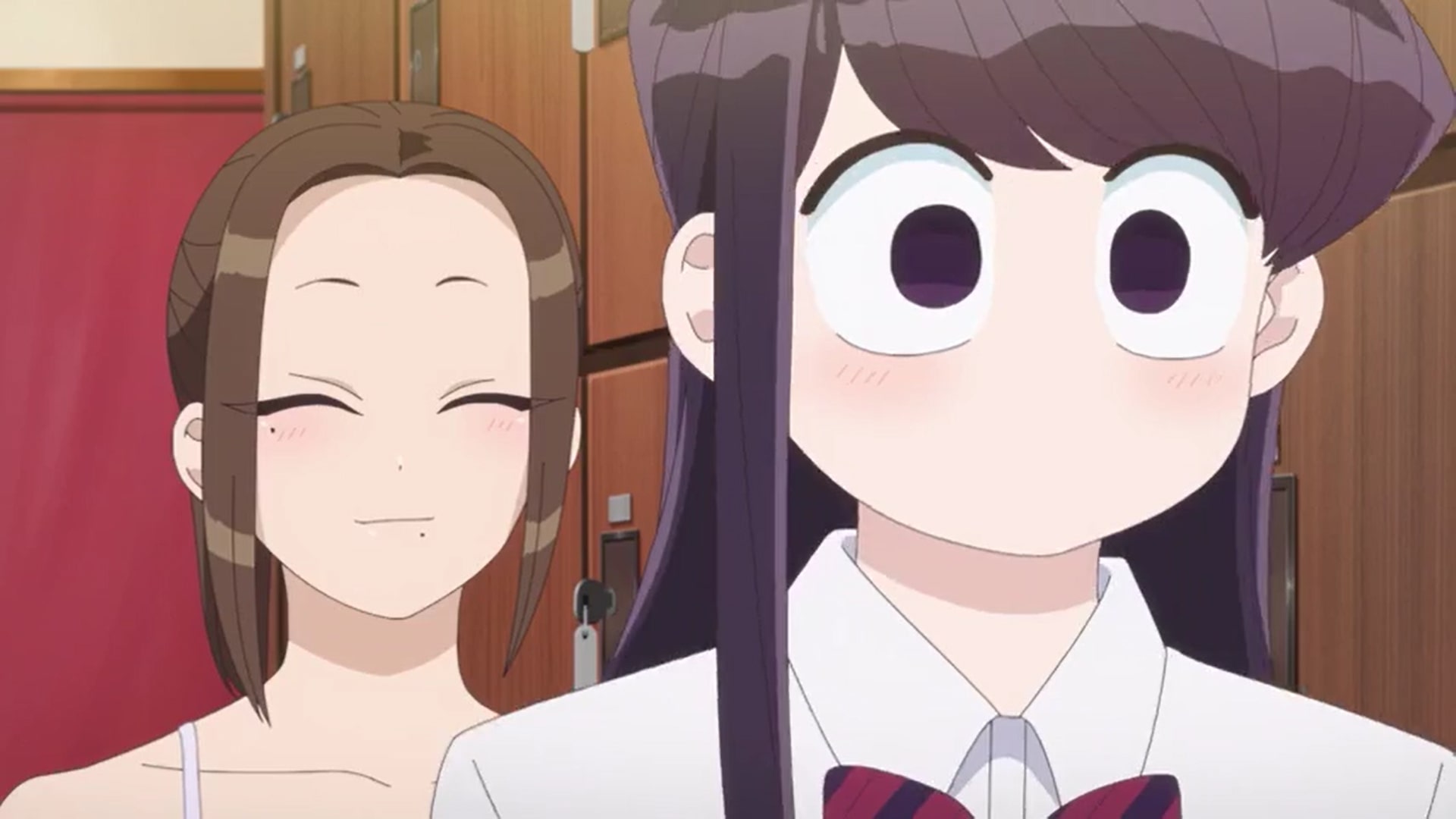 Although it’s a tricky situation, the titular protagonist manages to avoid any embarrassing situation by being very careful. Meanwhile, the boys are left awestruck by Katai’s unbelievable physique. Naruse even asks Tadano to click his pictures with him as the two show off their body. Later that night, Komi struggles to sleep.

Komi Can’t Communicate Season 2 Episode 8 Ending: Why Does Komi Struggle to Sleep? What is at the Core of Her Feelings of Alienation?

Komi’s communication disorder has had an incredibly damaging impact on her social life for years. However, after meeting Tadano, she has done really well to challenge herself and make new friends. Although she has been quite successful in achieving her goals, Komi is still an introverted girl who struggles to adjust to new social settings. A school trip is an especially daunting challenge for her as she has to live in the presence of her classmates constantly. After school, she could afford the luxury of going back home and recharging herself by staying alone.

But now she has to sleep and even take a bath with her classmates, something she has never experienced previously. Therefore, it is understandable that Komi is struggling to sleep. Furthermore, viewers must have noticed her feelings of alienation despite being in a group with Sasaki and Katou, who are genuinely interested in making her school trip as memorable as possible. Her strange dilemma can be seen from two perspectives. Firstly, as a junior high school student, Komi felt left out when no one selected her in their group for the school trip. 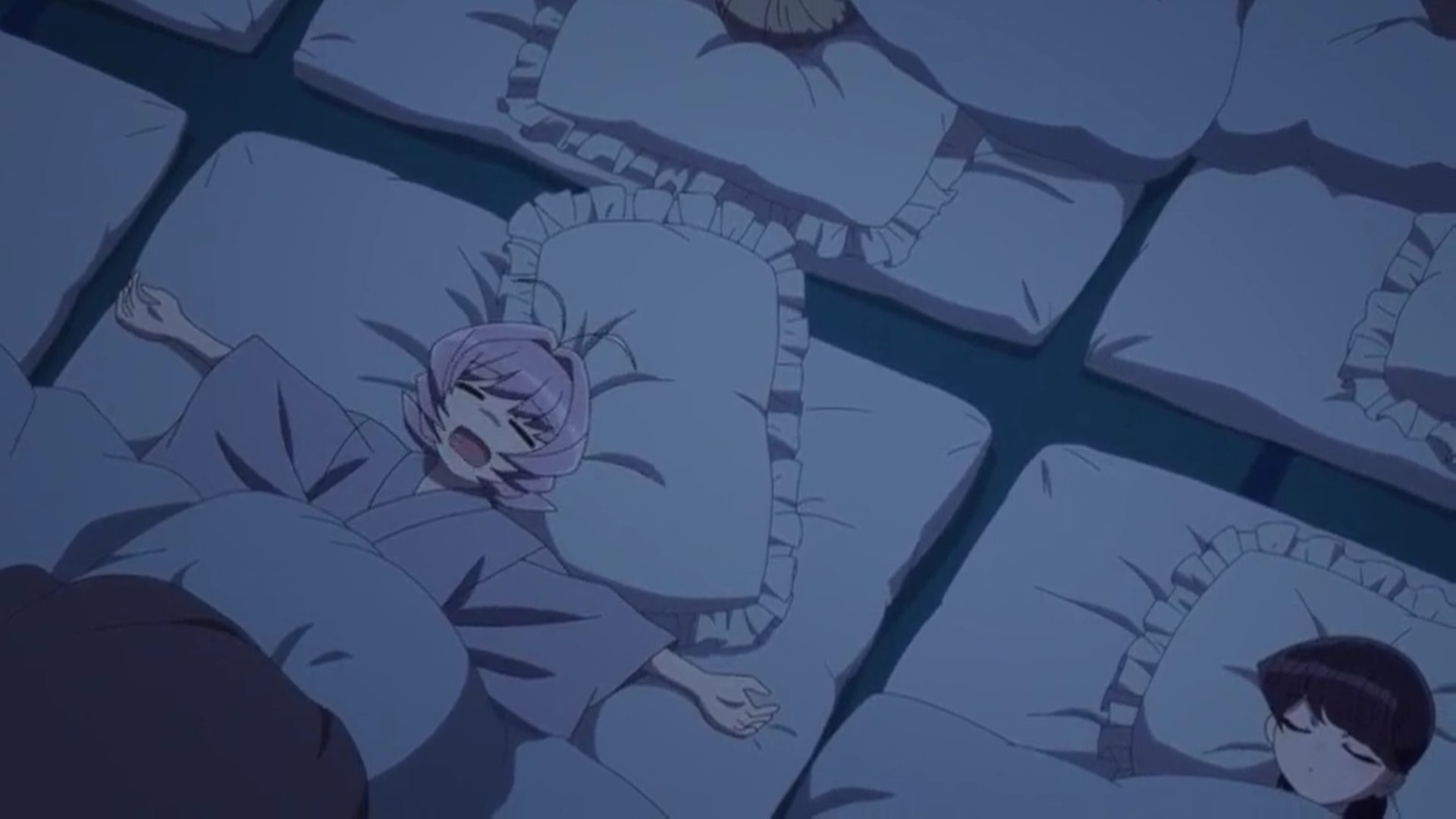 Even when she was later teamed up with others, Komi was unsure whether they wanted to be with her or not. Although, on this particular school trip, everyone voted to be with her, it seems that the titular protagonist may not have gotten over her past. Secondly, she probably misses Tadano, who has been a rock for him in high school and has helped her face every challenge. Since they almost always have someone near them, it means that she can’t really talk to him and share her feelings with him as she would typically do. So, she now has to face unusually awkward social scenarios by herself, which will naturally come with feelings of alienation.