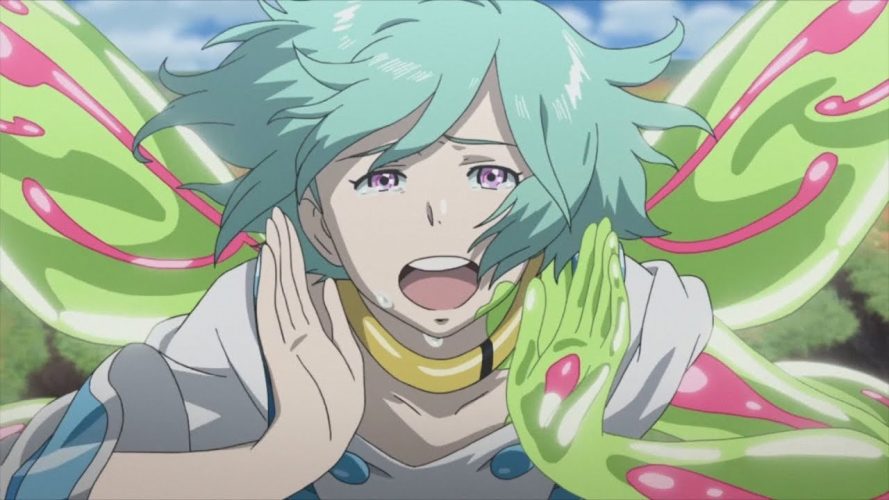 Eureka Seven (also known as Kōkyōshihen Eureka Sebun in Japanese) is an award-winning mecha anime show with a rich history. Produced by the famous Bones anime studio, Eureka Seven premiered in Japan more than a decade back on April 17, 2005, and the 50-episode series ran for a year, and its finale was aired on April 2, 2006. The show was not only a hit in Japan, but was released in North America, the UK, Australia, and New Zealand, and it gathered a massive fanbase around the world. Back in Japan, the show also spawned a light novel, three video games, six manga adaptations, a few special episodes, and a full-length anime feature film, which was released in Japan on April 25, 2009.

While fans were overjoyed when the ONA sequel came out, they received even better news when Bones announced a three-part anime film series, titled Eureka Seven: Hi-Evolution, on March 17, 2017. Months after the announcement, the first movie of the film series was released on September 16, 2017, and a year later, the second movie followed, with a release on November 10, 2018. Since then, fans of the series have been waiting for news on the last part of the movie trilogy. Here’s everything you need to know about the third movie and the future of the show.

Eureka Seven Hi-Evolution 3 Release Date: When will it premiere?

If we look at the release history of the first two films of the trilogy, we can see that both movies were released in the second halves of their respective release years. If this is the pattern Bones follows, then we can expect Eureka Seven: Hi-Evolution 3 to be released sometime in March 2020 or later. We’re keeping our ears open for news on the release date of Eureka Seven Hi-Evolution 3, and we’ll update this section as soon as the exact release date is announced.

Before we get into the plot of the show, it should be noted that the events in Eureka Seven: Hi-Evolution take place a decade prior to the events in the original show. Thus, viewers who are not acquainted with the anime television series might find it difficult to grasp the plot of the film trilogy.

As a brief overview, the original show is set in the distant future, in the year 12005 – 10,000 years since humanity was forced to abandon Earth owing to the advent of a sentient lifeform referred to as Scub Coral. When the Scub Coral first arrived on Earth, it merged with the planet, rendering it uninhabitable for humans, who were then forced to live in space. Millennia after this event, humanity, in the current timeline, lives on a terraformed Earth known as the Land of Kanan, but despite human attempts at terraforming, much of the planet’s surface is still covered by the Scub Coral.

Although the general population is aware of the Scub Coral, no one except the military and the powers that be are aware that the Scub Coral are an intelligent lifeform. Ardoc Thurston, the scientist who proposed the theory that the Scub Coral are sentient, perished trying to save the world, and the theory was buried along with his body years before the events in the show. In this backdrop, the show focuses on Ardoc’s fourteen-year-old son, Renton, whose life is transformed when he encounters a large mechanical robot called the Nirvash type ZERO and its pilot, Eureka. Renton soon learns that Eureka is part of the renegade organization called Gekkostate, and soon gets invited to join its ranks. Together with Eureka and other members of Gekkostate, Renton then embarks on an adventure which will have a profound effect on the fate of the world.

The first movie in the Eureka Seven: Hi-Evolution trilogy takes place a decade before the events of the television series, and follows The First Summer of Love phenomenon, which serves as an origin story for the series. Subsequently, it reverts to the timeline of the original show. The second film, meanwhile, is set in the year 12005 – the same timeline as the original series – but explores the story of a character called Anemone in the hitherto unexplored setting of Tokyo. As far as the third film is concerned, plot details have not been released yet, so we’re in the dark.

Renton Thurston: The main protagonist of the original series and the first movie, Renton is the son of the late Ardoc Thurston, and is the co-pilot of Nirvash type ZERO along with Eureka. An outgoing and smart person, Renton possesses strong ideals and is quick to action when he sees something wrong. Being the son of Ardoc, who died saving humanity, Renton has somewhat of a celebrity status, and feels like he is constantly living in the shadow of his late father. He abhors this attention and wants to lead his own life, free from the burden of carrying on Ardoc’s legacy. When Renton first encounters Eureka, he immediately falls in love with her, and they eventually end up in a relationship.

Eureka: The other pilot of Nirvash type ZERO, Eureka is a young girl with a mysterious past. While she treats Nirvash type ZERO as a living being with a consciousness, she can be awkward and distant with people. Later, it is revealed that she is a Scub Coral in human form who has been sent to understand and communicate with humans.

Anemone: The main protagonist of the second movie and a main character in the original show, Anemone is the pilot of Nirvash type THE END. Later, it is revealed that Anemone was experimented on as a child, and is the only person to have survived such an experiment. She is shown to be an exceptional pilot, and owing to her more advanced robot, she can beat pretty much anyone in the skies.