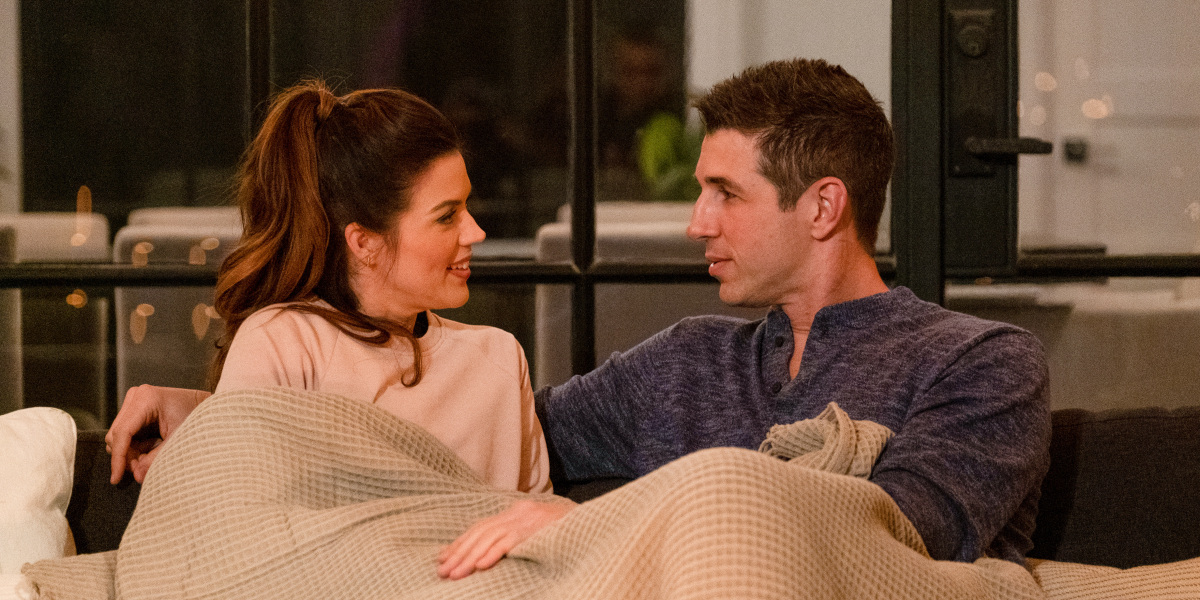 From being one of the contestants on Brad Womack’s controversial season of ‘The Bachelor’ to bagging her own show, ‘Labor of Love,’ Kristy Katzmann has come a long way. The central theme of Fox’s dating reality series revolves around Kristy’s aims to find a life partner and a potential father to her future child, out of 15 eligible bachelors. It premiered in May 2020 and opened to mixed reviews among the audiences and critics.

Most viewers slammed the show by calling it inauthentic, bizarre, and promoting unrealistic notions regarding birth. However, the show has managed to garner a fair share of fans who must be eager to know who wins Kristy’s heart and also the competition. Before we get to that, let’s try finding out whether Kristy is pregnant or not!

Well, we all know Kristy’s top priority on the show is to find a person with whom she can raise a baby. Of course, she wants a loving partner but since Kristy is in her forties, the clock’s ticking, and she has time and again, mentioned that she can’t afford to waste more time. The filming wrapped up in early 2019, so it’s natural for fans to wonder whether she has a bun in her oven.

First things first, in May 2020, Kristy shared a heartfelt post wherein she wished everyone a very happy Mother’s Day and also gave a very significant life update that she has frozen her eggs at the Chicago-based OVA Egg Freezing Specialty Centre.

On her 42nd birthday in December 2019, the holistic health and wellness expert shared a post wherein she wrote, “I’ve been going through some big life transitions, some exciting changes, and some moments of reckoning that have had me feeling a little down and out. I’m excited for the new year and the ways I know my life will change, but mostly I’m staying present and taking it all one day at a time.” She also expressed her gratitude towards the professionals she has hired to help her in her new journey. The caption also features a hashtag – “new beginnings.”

Then in June 2020, Kristy posted a picture with her sister. In the Q&A caption, while answering whether she prefers coffee or wine, Kristy wrote, “wine (temporarily on hold)” with a winking emoji. Just like your and mine, many eyebrows were raised and the comment section is packed with people emphasizing the “temporary on hold” bit.

To add fuel to the fire, there is a caption on the blog account, Kristy runs with her sister, that states “our first “postpartum” sister chat.” Hmm… the plot thickens. So, is she pregnant or is she not? Well, your guess is as good as mine. However, keep your eyes open for more clues, sleuths!

Who Does Kristy Katzmann Pick to be Her Baby’s Dad?

After Marcus Lehman’s shocking elimination, we are just a week away from finding out who among Stewart Gill and Kyle Klinger, will be chosen by Kristy, as the winner of ‘Labor of Love!’ And who doesn’t love some good and spicy speculation? Well, without beating around the bush, I’ll straight-up reveal the fan theories on who won Kristy’s heart, along with the show. Sorry Team Stewart, it looks like Kristy might pick the family guy, Kyle Klinger, to be the man she begins her new journey with.

Let’s not kid ourselves, Kristy has developed a special liking to the sales and marketing director from Austin, Texas, since the beginning of the show. Their oh-so-romantic dates and her choosing Kyle twice in the episode titled ‘10 Things Kristy Likes About You,’ are a testament to the above-mentioned fact. He has been honest, compassionate, and quite caring towards Kristy and that is a very important trait one looks for in a life partner.

So, for starters, she seems to have relocated to Austin, Texas. What makes me say that? Well, if we go by Kristy’s Linkedin profile, it appears that since August 2019, she has been working as the Key Account Manager at an Austin-based company called Ora Organic. As for more pieces of evidence, in June 2019, Kyle posted a video of him making celery juice, along with the caption, “Celery juice has become part of my daily routine.” In case you aren’t aware, celery juice is what Kristy swears by every morning. Don’t believe it? Check out the last point in the caption below!

In the same month, Kristy shared a picture of her paddle-boarding in the pristine lake which looks like Lady Bird Lake, where Kyle often goes paddle-boarding with his friends.

Wait, there’s more. In July 2019, Kristy shared a picture in which she is riding an electric scooter. A person in the comment section was quick to notice the place and exclaim, “Austin, Texas! I know who you ended up choosing!”

If these are not enough, guess you will have to wait till the show’s finale to find out!

Read More: Who is Kristy Katzmann on Labor of Love?