Kroy and Kim Zolciak-Biermann: Everything We Know 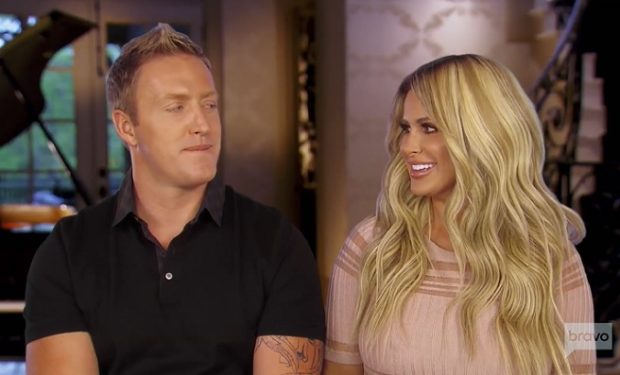 Kim Zolciak-Biermann is one of the original cast members of ‘The Real Housewives of Atlanta.’ After giving the show some of its most iconic moments, she was officially “done with it” in 2012. The star has been living a public life circa 2008 and has shared the spotlight with her husband since the beginning of her career as an entrepreneur and singer. Kroy Biermann is an American businessman and a former football player who has also established a career as a reality TV star. They have successfully built a picture-perfect life for their children. The Zolciak-Biermann family showcases their engaging escapades and daily lives on Bravo TV’s famous reality show ‘Don’t Be Tardy.’ Here is everything we know about the renowned family of eight!

The reality stars’ journey together is as exciting as it gets! Kim Zolciak’s followers often find her reflecting on meeting her future husband for the first time in May 2010. Kroy Biermann laid his eyes on the ‘Real Housewives of Atlanta’ ex-alum while competing on ‘Dancing Stars of Atlanta’ alongside Shereè Whitfield. The former Atlanta Falcons player was present at the charity event when Kim noticed his derrière and referred to him as a “Tight Ass” in admiration of his fit physique. The couple instantaneously fell for each other and were dead sure to have found their one great love.

Three months following the fateful meeting, Kim announced her pregnancy with their first child together. But this does not mean that the two did not have their fair share of relationship problems. Shortly after the two began dating, they hit a rough patch when Kroy broke up with her, believing it was in their best interest to go separate ways. Kim was on a photo shoot for a magazine when she received the break-up text in which the athlete had explained that her stardom was a bit too overwhelming for him to handle.

She has shared this painful incident in an episode of her podcast ‘House of Kim,’ giving it a comic undertone. Fortunately, he could not stay away from his gorgeous beau for more than 24 hours. He made up for his mindless action the next day by sending flowers and a note that read, “Can we talk?” She saw through his silly yet enduring moves, and they quickly got back together, stronger than ever!

The Bravo star and her boyfriend decided to tie the knot in a lavish ceremony at their now-former abode in Roswell, Georgia, on November 11, 2011. The much-admired couples’ big day and its fancy preparations made the premise of the American reality show, ‘Don’t Be Tardy for the Wedding,’ which premiered on April 26, 2012. Factually, it is the first spin-off series of the ‘RHOA.’ The show gained so much popularity that it is still ongoing, renamed to ‘Don’t Be Tardy, ’ The eighth season premiered on October 6, 2020.

If there is anything the Zolciak-Biermann matriarch is willing to bet her life on, it is on the fact that nobody could have loved her daughters as unconditionally as Kroy has! She was already playing the role of a single mother to Brielle Karenna, 23, and Ariana Lenee, 19, before Kroy met her. He has been treating the two beautiful girls as his own since the beginning of their relationship. Two years after walking down the aisle for her, he filed to legally adopt them, giving them a piece of his heart along with his last name.

Interestingly, the couple had a shotgun wedding as their first child, Kroy Jagger Jr. was born on May 31, 2011. Kim and Kroy kept at growing their love and extending their family as they welcomed their second son, Kash Kade, on August 15, 2012, and a set of twins, Kaia Rose and Kane Ren, on November 25, 2013. While they are running their independent businesses, they have also actively remained a part of the television world and introduced their offsprings to it. Fans can see the adorable family’s recent adventure as they plan to hit the road in an RV for a five-week, cross-country road trip.

Read More: What is Kroy Biermann’s Net Worth?