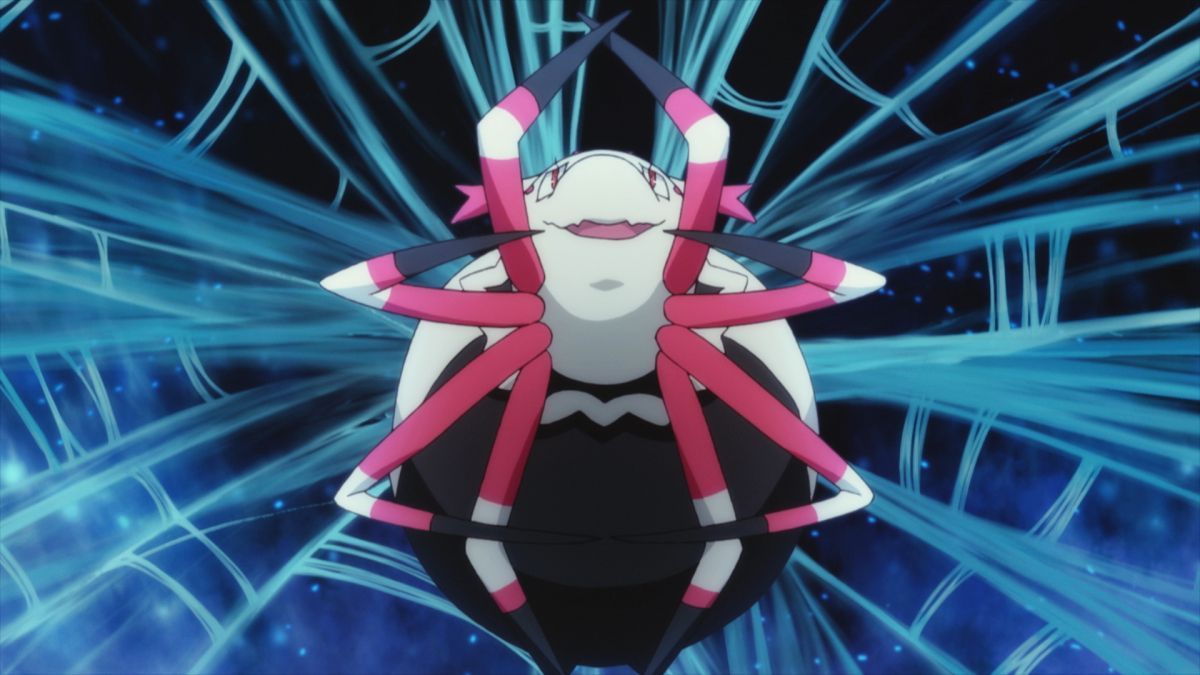 Based on a Japanese light novel series written by Okina Baba and illustrated by Tsukasa Kiryu, ‘Kumo desu ga, Nani ka?’ or ‘So I’m a Spider, So What?’ is a fantasy isekai TV anime. It tells the story of a nameless protagonist whose high-school class is destroyed when the former Hero and Demon Lord of an alternate world attempt to kill a powerful deity. The protagonist and her fellow students are subsequently reincarnated into that alternate world. While some of them are reborn as humans, elves, and other humanoid creatures, the protagonist is born as a dungeon spider. Her life becomes one long desperate fight for survival right after her birth, as powerful entities continue to come after her.

The protagonist quickly realizes that her new world functions like a roleplaying game. If someone wants to survive, they have to level up; and to level up, they must kill. There are two distinct timelines in season 1. One depicts the development of the spider (fandom named her Kumoko) 15 years earlier, while the other follows the current events and focuses on human reincarnations. If you are wondering when ‘Kumo desu ga, Nani ka?’ will come out, we got you covered.

‘Kumo desu ga, Nani ka?’ season 1 premiered on January 8, 2021, and comprises 24 episodes. The season finale was originally supposed to air on June 25, 2021, but suffered a delay due to production issues. The creative team associated with the anime made the news public through the official website and social media handles. The new airing time and date of the finale are yet to be revealed. Studio Millepensee develops the anime in collaboration with Kadokawa. Shin Itagaki helmed the directorial team while Baba led the writing staff along with Yuuichirou Momose. As for the second season of the anime, this is what we know.

No official statement has been made by anyone involved with the project about a prospective second season. Fantasy isekai is arguably the most popular anime genre these days, with shows like ‘Re:Zero,’ ‘Tensei shitara Slime Datta Ken,’ and ‘Log Horizon’ enjoying multi-seasonal runs. If ‘Kumo desu ga, Nani ka?’ manages to replicate the success of those aforementioned shows in terms of Blu-ray/DVD sales, then the renewal for the sophomore season is only a matter of time.

Even in the oversaturated isekai genre, ‘Kumo desu ga, Nani ka?’ is a unique entry, especially because it consciously subverts most of the common tropes of the genre. Its protagonist, the female dungeon spider, challenges all the norms of ordinary isekai by her sheer presence. This unconventionality has earned the anime and its light-novel source material widespread positive reviews, further increasing the probability of a second season. 14 volumes of light novels have been published to date, and only 5 of them have been adapted for the anime, so there is plenty of content available for future seasons. Considering all this, we can speculate that ‘Kumo desu ga, Nani ka?’ season 2 will likely come out sometime in 2023.