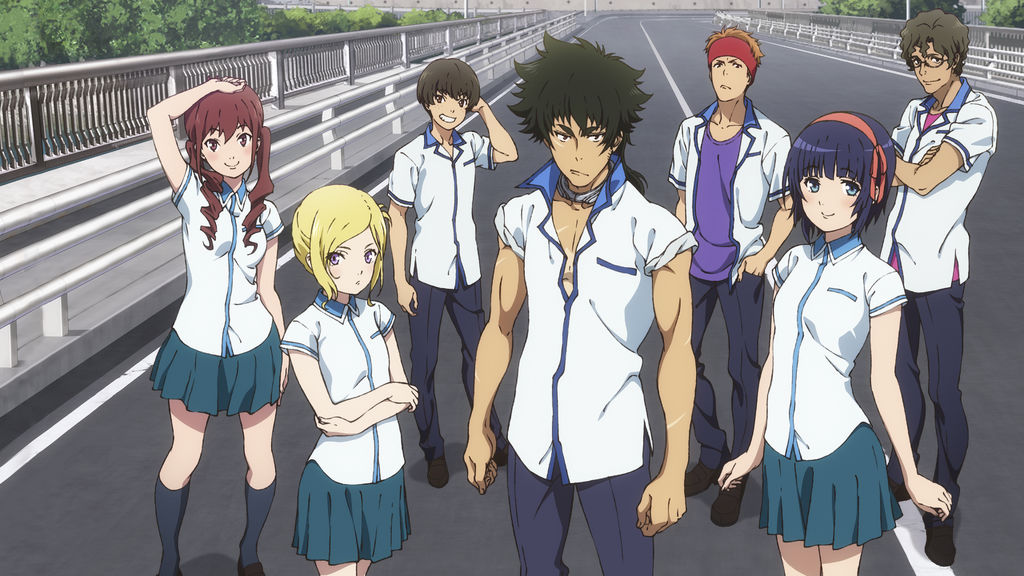 Kuromukuro is a Japanese mecha anime television series. Written by Ryō Higaki, directed by Tensai Okamura, and produced by P.A. Animation, Kuromukuro first made its way to viewers’ screens on April 7, 2016. While the 26 episodes of the show were slated to be treated as a single season, Netflix, which handled the international release of the show, released the two parts of Season 1 as separate seasons. For this reason, Kuromukuro is considered to have two seasons, and fans are eagerly awaiting news on a third. Here’s everything we know about the prospects of Season 3.

Kuromukuro Season 3 Release Date: When will it premiere?

Kuromukuro season 1, consisting of 26 episodes, were originally released in Japan on April 7, 2016, with the finale being aired on September 29, 2016. Although a few years have elapsed since then, P.A. Animation, the studio behind the show, is yet to announce a new season.

Yes, I know, this sounds disheartening, but there’s no reason to lose hope as of now. Many anime shows often have gaps as long as five years between new seasons, so there’s plenty of time left for P.A. Animation to announce a new season. Our best guess is that if the anime does get renewed, Kuromukuro season 3 release date could be sometime in 2020 or 2021. We’re keeping our ears open for news on Season 3, and we’ll update this section as soon as we hear something concrete.

In case you like watching anime shows in English, the good news is that Kuromukuro has a great English dub done by talented voice actors. Regardless of whether you want to watch the show in Japanese or English, both the versions are available on Netflix.

Although the events in the show take place in the modern day, it is set in an alternate timeline. In the show it is revealed that an alien race called Efy Dolgh had invaded the Earth half a millennium prior to the present, during the Sengoku period in Japan. While the Washiba Clan had fallen victim to the Efy Dolgh’s attacks, clan heir Yukihime and her samurai retainer Kennosuke Tokisada Ouma had fought back using a stolen Efy Dolgh mecha, dubbed the Black Relic or Kuromukuro. While Yukihime and Kennosuke had succeeded in vanquishing the Efy Dolgh forces, Kuromukuro and its two pilots had vanished following an explosion on the battlefield. In the centuries which passed after the Efy Dolgh invasion, the memory of the invasion faded into oblivion.

Hundreds of years later, in the middle of the 21st century, Kuromukuro was unearthed during the construction of the Kurobe Dam. The discovery sent shockwaves across the scientific community, who struggled to understand the nature and origin of the robot. To shed light on the mystery, the United Nations (UN) founded the Kurobe Research Institute in Japan to study Kuromukuro and understand its technology and origins.

The events in the show start off in the present day, and despite decades having passed since Kuromukuro was unearthed, scientists have not made much progress in their investigation into Kuromukuro. In this backdrop, the show focuses on a high school student called Yukina Shirahane, who is the daughter of the director of the Kurobe Research Institute. While Yukina is just another high school student, she unwittingly sets off a chain of events which changes the modern world.

One day, Yukina goes to visit her mother at the research facility, and she accidentally ends up solving a part of Kuromukuro’s puzzle. This results in the activation of the cockpit module, which, in turn, results in Kennosuke being released from cryostasis. Around the same time, the Efy Dolgh make a return to Earth with the intention of finishing the job they couldn’t 500 years ago. Having fought the Efy Dolgh before, Kennosuke thus agrees to make a valiant stand against the Efy Dolgh, using their technology against them. He soon becomes one of the UN’s most prized assets in the fight against the extraterrestrials and is soon joined by Yukina as his co-pilot. Together, the duo pilot the fearsome Kuromukuro into battle and take a valiant stand against the Efy Dolgh.

While Kuromukuro has dozens of characters, there are only three main characters in the show. Below, we’ve provided you with a brief background on each of them.

Yukina Shirahane: One of the main protagonists of the show, Yukina is a second year high school student at the Tateyama International Senior High School. Yukina’s parents are deeply involved in the research on Kuromukuro, and her father serves as the research facility’s director while her mother serves as the chief researcher. Yukina, however, is quite different from her parents, and is a reserved girl who enjoys studying contour maps. However, unwittingly, Yukina solves part of Kuromukuro’s puzzle, which results in the cockpit module being activated and Kennosuke being released. This later proves to be an asset when the Efy Dolgh invade, and later, following an accident, Yukina becomes biometrically synced to Kuromukuro, thus becoming Kennosuke’s co-pilot. Before Yukina can even come to terms with the changes in her life, she is forced to take the fight to the aliens.

Kennosuke Tokisada Ouma: Born during the Sengoku period in Japan, Kennosuke was among the first pilots of Kuromukuro. Despite centuries having passed since his birth, Kennosuke survived the years as he was in cryostasis inside Kuromukuro. When Yukina mistakenly activates Kuromukuro, Kennosuke is released from cryostasis and he wakes to find a world completely different from the one which he inhabited. In spite of being extremely confused at first, Kennosuke quickly adapts to his new reality, and agrees to be on the frontline when the Efy Dolgh start their second invasion of Earth. Having already had experience in fighting the alien race, Kennosuke again rides Kuromukuro into battle, and quickly rises to fame in the UN, becoming one of their most prized assets.

Sophie Noël: Another major character in the show, Sophie is a French exchange student who works as a test pilot at the Kurobe Research Institute. Despite being from France, Sophie is shown to have a deep respect for the Samurai code, is a master at judo, and is a member of the elite French security force, the GIGN. Sophie is also a natural when it comes to handling robots.

Muetta: Although not a main character in the show, Muetta is a supporting character who plays an important part. While she comes off as an Efy Dolgh pilot, it is later revealed that she is a clone of Yukihime, created by the Efy Dolgh using her DNA. Despite her split allegiances, Muetta later sides with the humans, and helps Kennosuke rescue Yukina from certain death.